Yesterday, Beckett released some preliminary information on the return of American Pie.

Here are the preview images, and some initial thoughts, as always. 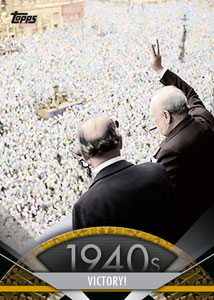 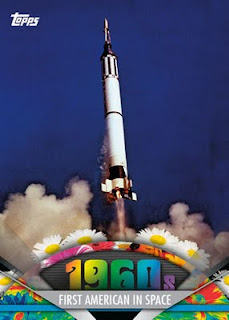 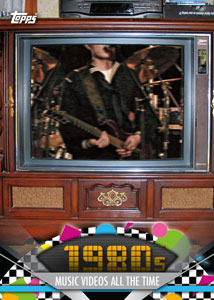 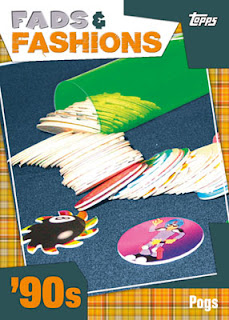 First, the base cards, or at least what I think are base cards. Beckett reports a set of 200 cards. Maybe these will be some sort of decades inserts or a subset - I didn't see any base cards with personalities. I like the theming to the decade. The '90s card is part of an insert set. Without personalities, this feels like a modern history card set. The "hits" so far all feature stars and personalities. 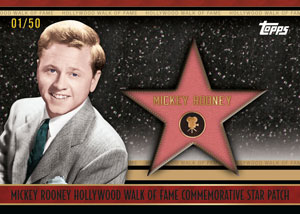 What is a commemorative star patch? Manupatch, I'm sure, though it has the ability to look nice. From Beckett's details, it seems there will be a regular insert version. Also mentioned is a hairstyle insert. 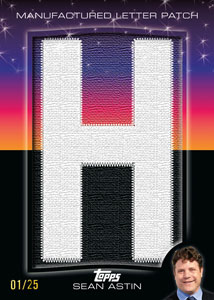 The manupatches don't stop there. This is is a manupatch letter set. I'm guessing each star will spell out Hollywood, as seen below in this one-of-one booklet. 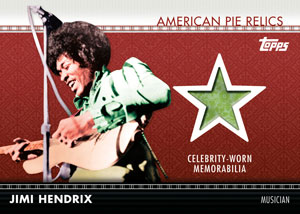 Real relics - possibly left over from previous Topps entertainment products. I seem to recall Jimi being in an American Pie-like set before. There should be plenty of material left from products like American Pie and American Heritage. 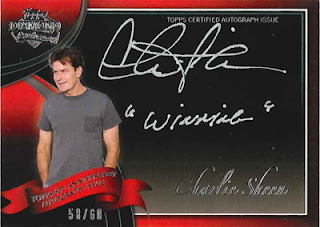 Charlie Sheen would be a good autograph, if only for the movie Major League. 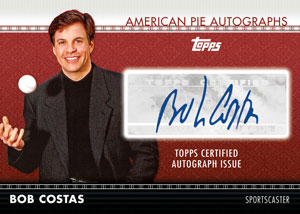 Now what did I say about wanting a Bob Costas autograph? Beckett reports there will be 200 copies of each autograph. The list doesn't look terribly impressive, at least as far as modern stars are concerned, but there are some former pop stars in the mix - Henry Winkler (70s), Mickey Rooney (30s and 40s), Tom Arnold (80s), and Dean Cain (90s) were all big names in their respective decades.

There was a preview image for a dual cut autograph, but it's not attractive - dual cut autos rarely have quality designs anyway. Also mentioned in the Beckett article are coin and stamp relics.

First thoughts: Bob Costas is a must-have, and Jeffrey Ross will be an autograph want as well. I'll go after the base set, a HOLLYWOOD manupatch set (either of one star, or of nine different stars), and any Hollywood Walk of Fame patches that appeal to me. Depending on insert quality, the Walk of Fame insert set and Fads and Fashions sound good, and the Hirsute History (hairstyles) inserts shows promise.

I've been interested in coin relics before, but my difficulty in completing the Topps Gallery coin and subway token sets and the impossibility in obtaining 2011 Topps Heritage coins has turned me off to coin relics for the moment.

Baseball fans won't like this set. There doesn't seem to be anything baseball about it (Costas and Sheen's ties on the big screen excepted). But if you like Americana, this will fit right in to your collection. It feels like Topps is trying to apply the Americana concept to their American Pie brand, and I don't think that's a bad thing.

What are your thoughts? Will you be collecting this? Does this copy Americana too much, not enough?
at 4:34 PM