We're nearly done with the box. Sure, this is only part 10, but I've combined some stacks into posts, because, well, I can!

In fact, after today, there are three stacks left!

Today marks the start of football season in the SF Bay Area. The Raiders are here in San Francisco, playing the 49ers in a meaningless preseason game. As you know, I don't care for football. I watch the Super Bowl, and that's about it.

But there's a tie-in here! It looks like the previous owner of this lot gave football a shot with a box of 2000 Finest. I'm not sure what was included in the release as far as relics and autographs go, but there were plenty of base cards and inserts! 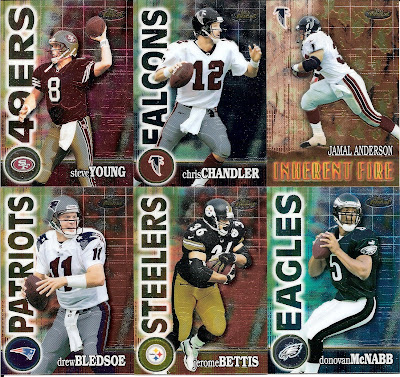 There were over 100 base cards. Since I don't know who's good, I'm showing some of the names I recognize. 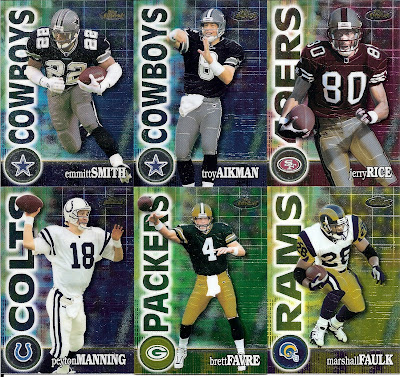 On the insert front, we have five different inserts: one Out Of The Blue
two Finest Moments 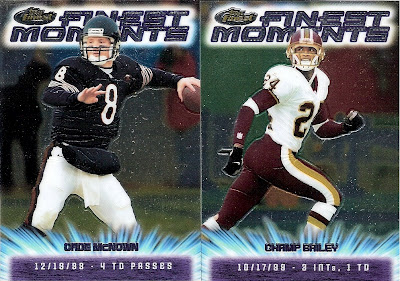 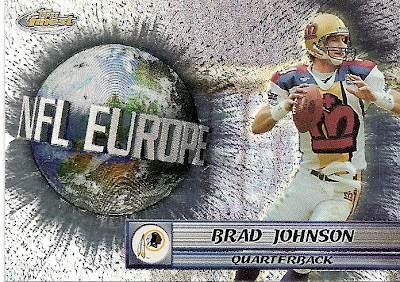 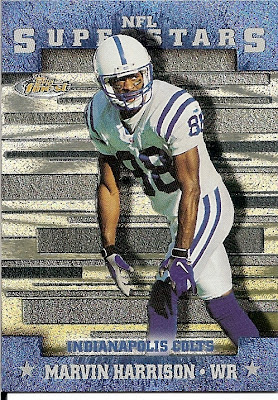 and one jumbo Finest Moments. I assume this was a box topper? It's just a little smaller than two cards side by side.
There is one small problem, maybe: some of the cards feel like they have a light coating of dust. I think this might be due to heat or just age. The cards appear fine regardless, and it seems like someone interested enough could take a nice cloth and clean the cards a bit. Of course, having been stored in a box as they were, there is some minor edge wear on a few cards. But only picky people would really have a problem with them.