Spam blogs are a big problem on the internet. They steal others' posts to drive traffic to their sites, and then they add advertisements or phony links to earn money.

There's a spam blog out there stealing posts from one of my blogs, This Card Is Cool. Literally stealing. If you want proof, go to Google, and search for "Baseball Card Stores in Japan" (use the quotes). You'll see their (stolen) posts first, then mine. There are a couple other spam blogs ripping off my site, but the one at the top of the search lists is the worst - they don't even attribute the posts to me. And it's not just my blog; they're stealing at least one other person's posts.

You can help. Report the site to Google as spam by following this link. It should auto-fill in the URL of the offending site. Then click submit. That's all you need to do. By the way, I'm not mentioning the name of the site or driving traffic to it. If you follow the search above, you can discover the site and see for yourself.

I'm cross-posting this on my three blogs to hopefully help get this site removed quickly. I reported it about a week ago, when I was alerted to its presence, but the site remains.

Thank you for your help! 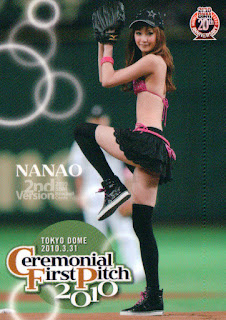 It's time to head a bit north of Tokyo, to Mint Urawa. The store is known as Opa! Urawa, possibly because soccer is big in this town. But I didn't come for soccer cards! 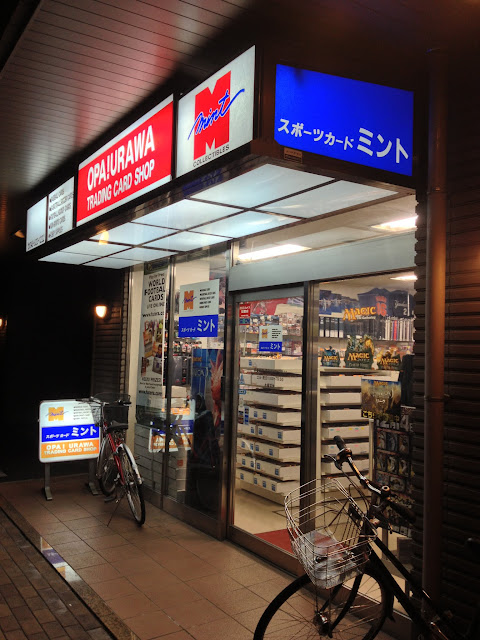 The store front is hidden around a corner, off the main street leading from Urawa Station. From outside, you can already see that they carry a lot of singles in those white boxes!
For those who live in the area, Urawa may be a good stop to help with set building. There is a decent selection of singles from most BBM and Calbee releases. But with the Urawa Reds soccer team playing nearby, a lot of those boxes have soccer singles. 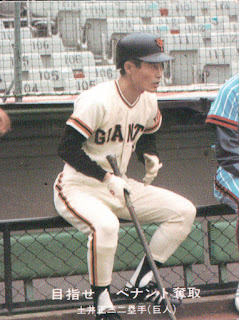 To the right of the entrance are the baseball packs and case singles. A few trays hold some insert singles too. When I visited, there were a bunch of Calbee singles from the 1970s for only 200-300 yen each! 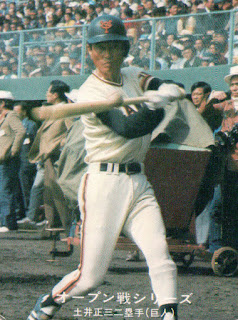 I grabbed the three cards you see here for my type collection, because they're in pretty good condition especially for the cost. The Yamakatsu wasn't such a good deal but I didn't overpay, either. 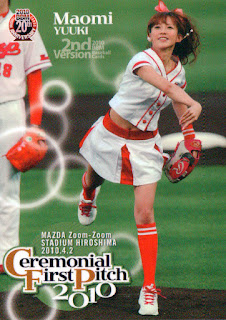 I didn't have a lot of energy or time to search through boxes for my type collection. But I've been slowly gathering cards from the First Pitch subsets as I think about it. I've mostly been picking up the women (because hey, they're cute and they fit in my Women In Sports collection), but most of the cards are women anyway and the most expensive singles feature ladies. 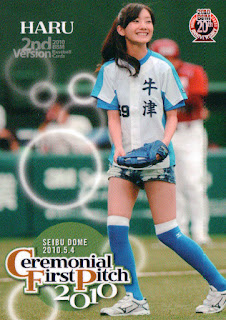 Some of the featured people are musicians or actors, others are idols. 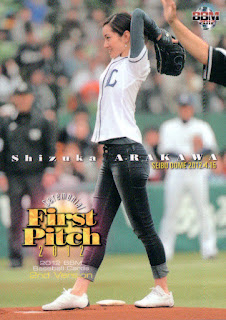 I've said it before, and I'll say it again: I wish Topps would put a subset or insert set like this into its products. It's the subsets that Topps used to do that everyone keeps remembering these days, after all. 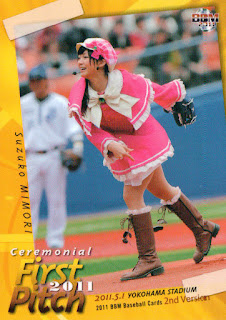 I bought several of these subset cards in Urawa because they're much cheaper than at other stores (where they run up to 300 yen each).

I don't feel like I've had enough experience searching through the store for a great idea of selection, but the employee was nice and I found some good stuff to bring home. The old Calbees may be the exception to the rule - you can find some current hits and inserts, and a decent selection of the pack-based BBM releases. Calbee availability is pretty limited. But for those living in the area, chasing after soccer cards, or those who have exhausted all the other local stores for BBM set building, it's probably worth the trip. I've been twice, and I'll probably go once more to search again for oddballs. It is technically the closest card store to my apartment, though I prefer the Kanda, Akihabara, and Ikebukuro Mint locations.

For those in the Saitama Prefecture, or those who want to make the trip from Tokyo (it doesn't take too long), Mint Urawa can be found by going out the west exit of Urawa Station and walking straight (perpendicular to the station) down the main road for a few blocks. It'll be on the right side of the street down an alley/driveway - look for the sign above on the right side of the alley under or near an arch. If you reach the park you've gone just a little too far. The store is open 12-8 weekdays, 11-7 weekends, and appears to be closed on Wednesdays.
at 3:00 AM 4 comments:

I haven't featured a card set in a long time - maybe last summer. It's about time, and one of the most recent releases makes the cut this time!

In December, BBM issued a historical set (not to be confused with the Historic Collection) featuring who it considers the best foreign players in NPB's history. The set's name literally translates as "Strongest Legendary Alien" but the prefixes used on the inserts and other set release names makes me believe the correct translation to be something more like "All-Time Greatest Foreigners" - which sounds much more natural. Either way, I love this set and it's the first (and currently only) Japanese baseball set I bought to keep complete. I have a few of the box sets, purchased because they were only a couple hundred yen each but I didn't buy them because I enjoy the sets.

What is so good about it? It features players I know and like (including Cecil Fielder and Julio Franco) on teams and in leagues I don't normally associate them in. This set is the first BBM issue with Cecil Fielder, I think, and probably more than a handful of other players. Plus, the design is solidly attractive and the Off Shot subset has some unique photography.

There seems to be a good bit of interest in this set with collectors in America, so I've decided to dedicate a post to it so you can see the checklist and imagery. If you're interested in singles, let me know; I can pick them up for 50-100 yen each. I might be able to find a set but I don't know what the price will be yet (plus shipping - remember this is 81 cards deep).

I think I'm missing a scan. The photography is pretty good, but uses standard poses for BBM - low speed action like a batter's follow-through or a pitcher's windup.

The last nine cards in the set are called Off Shot, and feature candid shots of the players either with other foreigners or in interesting poses. It's a welcome addition to the set - if this was an insert set I would have chased it too.

Dwayne Hosey, the last card in the set, is also the coolest! I want more cards like that!

I'm not sure if BBM will be continuing this idea, but if they keep up the trend of issuing sets like this I'll be collecting more complete NPB releases.
at 3:00 AM 11 comments: