At some point last year, I made a major collecting decision. I would put together (or at least purchase) complete sets of the major manufacturer's flagship releases: Topps, Donruss, Fleer, Score, and Upper Deck. I had been working on Topps already and I had the 1989 Upper Deck set. I know I have some others sitting in storage in Georgia. (Perhaps not so) Surprisingly, I was able to gather a large selection of base issues in San Francisco and build many of the others at pretty low prices.

Now that I'm in Japan, the set building/collecting has come to a temporary stop, but I haven't given up my quest yet. Here is where I stand: 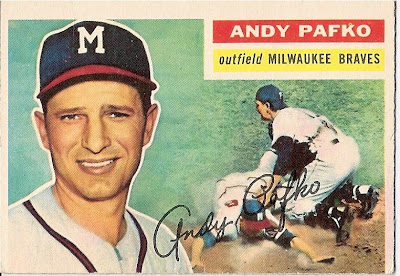 Topps
1973 is over 50% complete. I need all the key cards and most cards over #350, but Jim (who I've written about and hung out with) was very helpful in getting me started here. I hand-built 1974 Traded from an eBay starter lot and card show/Sportlots singles. I have a small collection of singles from other pre-1980 sets but I haven't started building those seriously. 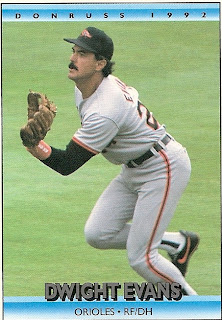 Donruss
I haven't been too aggressive with 1990s Donruss. Most of the base sets are expensive to buy though they don't really have much value. 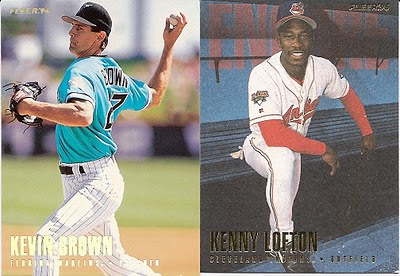 The real problem with Fleer is that there was no "flagship" issue from 1998-2005, except for 2002. Instead, there was Fleer Tradition. 1998 and 1999 were similar to 1997 with a traditional feel but somewhat modern design, however starting in 2000 Tradition had a retro look to it.

Score
Most people probably forgot about Score. The flagship issue rarely turned heads, though its early 1990s subsets are some of my favorites. Once Donruss disappeared in 1998, Score did as well. Unlike Donruss, though, the brand hasn't come back in baseball card form since. 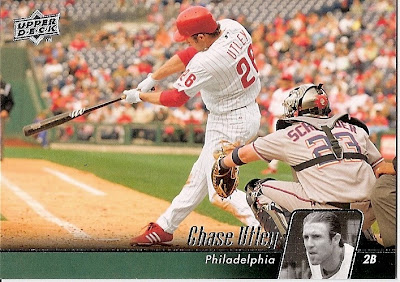 Upper Deck
I have a love-hate relationship with Upper Deck. I love their flagship issues and several of their base and insert sets. But the company has done so many dumb things that it's unbelievable they still exist. I've gotten the furthest in my complete set quest with Upper Deck. Here's what I need:
1998, 2001, 2003, 2004, and 2007.

I've added in a couple other sets runs I like due to their photographic quality. They aren't flagship issues, but they deserve to be honored just as much. 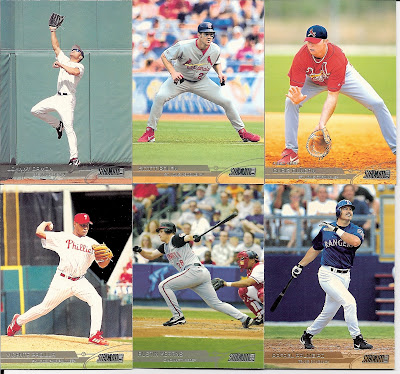 Stadium Club and Ultra
I haven't spent much time on Ultra. I bought a lot of it in the 1990s and since I haven't inventoried what I have back in Georgia, I don't know where I stand on the first six to seven years of releases. I have the 2000, 2006, and 2007 sets complete, though.

The opposite is true for Stadium Club. I tried hard to finish my master collection last year, but I guess I didn't try hard enough. I still need the 1997 and 1999 sets, and some singles from the 2003 and 2008 sets.

First Day Issue cards are fine for 2008 if you've got some to offer, since it seems they can be easier to find than the base cards I am missing. 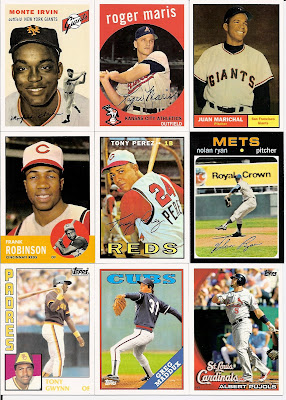 Where Will I Be This Time Next Year?
eBay is a wonderful place at times, and there's the possibility that I will spend some time and money picking up some of these sets. In 2012, I focused almost exclusively on Japanese issues, and I am sure that trend will continue since I'm still living in the Land of the Rising Sun. But if anyone has complete sets to trade for I'll be happy to try to work something out. With the popularity of CardGen this year, I believe it will return next year, which means I should have some great trade bait for all you MLB fans.
at 3:00 AM