The 2020 Olympics are coming fast. Yes, there are two whole years left, but two years goes fast when you're talking about a big event like this.

And that means it's been almost 20 years since Japan had a really good comprehensive Olympic card set. BBM has done some team sets over the years for baseball, soccer, gymnastics, and even curling, but the 2000 MRM/Upper Deck set featured over 250 athletes in nearly every Olympic sport - maybe every Olympic sport - Japan participated in.

The packs didn't have any real inserts, though there was a 22-card separately-numbered set for all of the Olympic sports. Instead, rare redemption cards got the winner medal cards. And I have almost every one of those medal cards.

They have heavy foil on the front, which really doesn't look that good, especially with just a tiny picture of the athlete in the middle. The backs have some basic details including a short career summary (Road to Medal).

All of the cards you see in this post were found together at one card shop. Sadly, the set is not quite complete.

There are eight bronze, and I have all eight cards. I have 27 of 31 silver cards, and two of five gold cards. The cards are unnumbered, but I found a Japanese checklist to figure out who was in the set.

Here are the cards I have, in addition to the Nakamura card above:

Because I'm a glutton for punishment, I've decided to collect Japanese card sets. Not just regular Japanese card sets, though, but also oddball sets packaged in cereal. You know, the kind that are rarely found in stores. 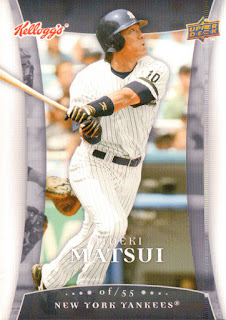 Kellogg's issued several annual sets in Japan which feature MLB players. Through 2009, they were licensed through Upper Deck, but after Upper Deck lost their MLB license, Topps stepped in for one final year. 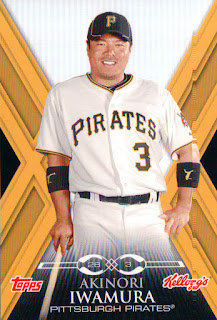 The Matsui is from 2008, with the Iwamura from 2010. I feel like the '08s are the worst design - the card feels cramped with that squeezing border. The '10s might be the best, as the design is clean and simple. But you can't see the other years to compare.

While the sets featured stars from several nationalities, big Japanese names were always in the sets: Matsui, Ichiro, etc. Once all my sets are complete, I'll be able to do a proper write-up on all of them!

I'm still slowly poking away at these two sets. Maybe I'll finish them before I leave Japan, maybe I won't. Time will, tell, eh?
at 8:00 AM 8 comments:

At this point, I grab 1973 Calbees whenever I can. The Crossed Bats set has 63 regular cards, and 28 short prints. Or so it seems. Anyway, I'm whittling down the SPs, and I grabbed two more a couple months ago (I'm that far behind on posting): 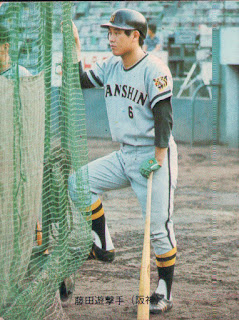 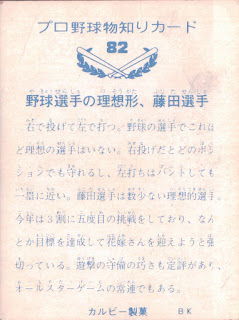 Card 82: Taira Fujita. Imagine how much complaining people would do if Topps used a photo like this in a set this year. Then again, using a photo like this might be a novelty given how standardized Topps' photography seems to have become. 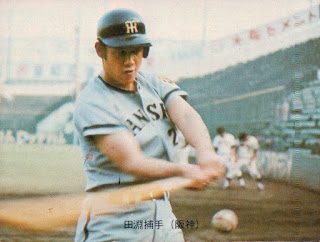 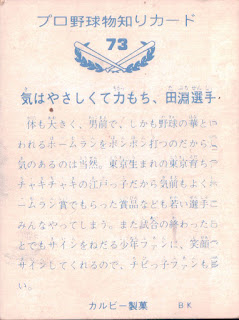 And #73 is Koichi Tabuchi. Nothing like a little soft toss, eh? I wonder if both photos were taken at the same time.

I'm glad to have these two cards knocked off the want list!
at 8:00 AM 5 comments:

What a great find!

The 2000 ON Card set features all Sadaharu Oh and Shigeo Nagashima, and as such tends to carry premium prices. They really aren't limited cards, though, and I've seen 1973 Calbee original singles of Oh and Nagashima for less than the prices some people are asking.

These cards were priced the same as commons, and I was happy to grab every single one I needed that they had.

After all this, what's left with 2000 Calbee? Just the Series 2 base set, and one ON Card single!

So that leaves the following in the Calbee race:


Which set will be completed first? I'm hoping all four will be done by the end of the year!
at 8:00 AM 4 comments: