The Tigers set from Epoch has a little bit more to its design than the others - actual fading and interaction between the photo and its borders. I think it's a bit nicer than the other sets, though at the same time I like cards that don't hide the background. 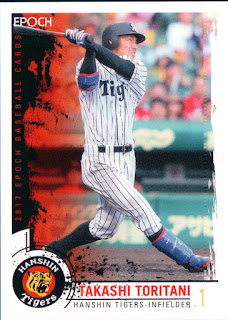 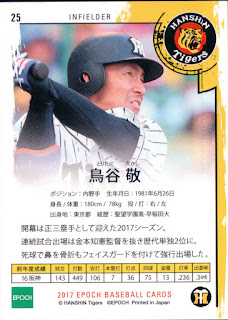 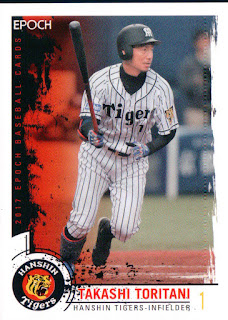 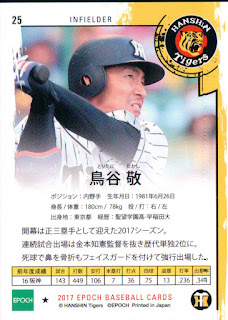 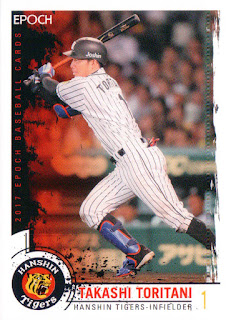 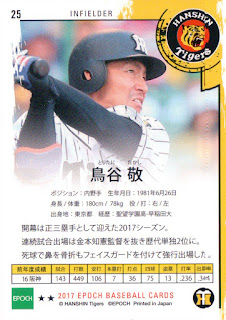 Epoch has been issuing sets with up to six variation levels. However, the Tigers set is the first to have two different photo variations. Their official checklist lists only the two variations. Instead of additional variations, they expanded the variations on the signature parallels.

Signature Parallel cards have facsimile autographs in three variations: Red (PA- prefix, 19 subjects), Silver (PB-, 17 subjects), and Gold (PC-, 18 subjects). An image of the gold facsimile can be seen below. (Note that two parallels of print signature cards would give this set just two-fewer variation/parallel sets.) I wasn't able to find any facsimile autographs when I visited the shop, but that's because they appear to be much less common than the other print signature cards Epoch has released; in fact, based on images online, I believe they're on foilboard and about as rare as the insert sets. 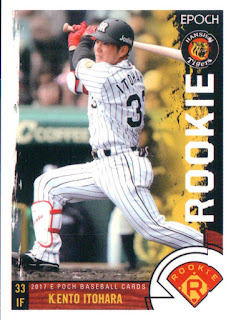 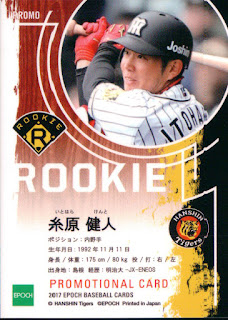 I found this promo card at the shop; Itohara's regular card doesn't have such a large rookie logo or text. This design reminds me a lot of mid-1990s Score baseball card sets.
at 6:59 AM No comments: