You don't have to watch the whole video. YouTube posters aren't exactly good at cropping the good parts of videos. At least you have the context down. 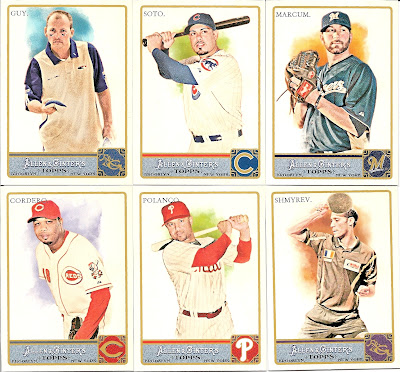 Let's show those fantabulous base cards again as I explain where these cards came from. In an effort to build my Zoo collection, I tend to keep an eye out for mixed lots on eBay. Yesterday's Goodwin lot was a pick-and-choose deal, which usually don't pan out for my needs, but this was a straight lot of cards, including a broad range of inserts and minis.

MASSIVE code card scans! Blah, this set is just another parallel to me, and not that great of one. As far as collectability goes, this ranks pretty low. Unless perhaps when pieced together properly they create an interesting pattern.

Nearly as massive Floating Fortresses scans! I have toured several boats/ships over the years; there is a good selection scattered around the SF Bay Area and a few in San Diego, plus the Queen Mary in Long Beach. That said, I'm not fascinated by them, so this set doesn't hit an emotional tone with me. The cards look great, though!

Another long scan, of the Hometown Heroes. This isn't a bad idea if done occasionally, but I believe Topps has done something like this a few times in the past, plus Bowman's International parallels.

While the style of artwork here doesn't match the A&G standard, I like the Highlight Sketches set. I think this should be the starting concept in the development of a modern art set (bring back Gallery!).

The other regular-sized insert in Ginter is the Minds That Made The Future set. If only they had put a relic in that little circle. Being a science teacher, I like the set concept and I may need to grab the set. 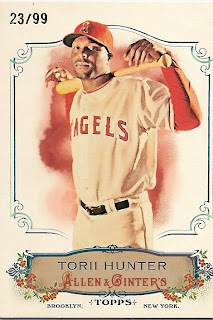 I showed this off earlier this week, but I'm glad to have my first rip card. I like these borders better than the boring gold ones on the base set. 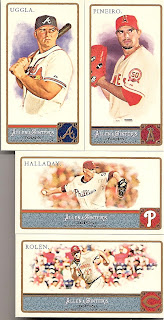 Now for the minis, which come in various flavors: regular, Allen & Ginter back, black border (more like composition book border), wood, Bazooka back, unnumbered, silk, and printing plates. The ones above are regular backs. 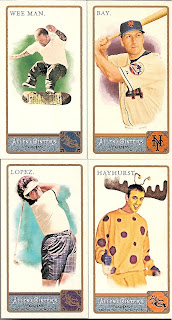 The lot with Bullwinkle have A&G backs. 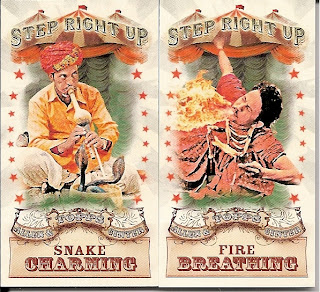 Possibly my favorite insert minis from Ginter this year are the carnival-themed Step Right Up. I think they should have included all the freaks from the side shows too (where's the Bearded Lady card) - or maybe that's in next year's set. 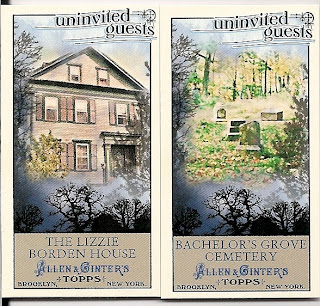 Many mini sets this year focus on freaks, though. Sideshow artists are just a small part of the offerings. The Uninvited Guests set focuses on ghosts. Ghosts are freaks, right? 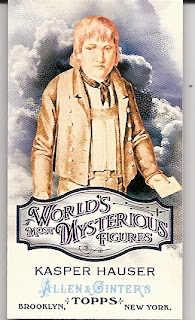 The World's Most Mysterious Figures subjects are freaks too, I suppose. Kasper here looks kind of freaky. 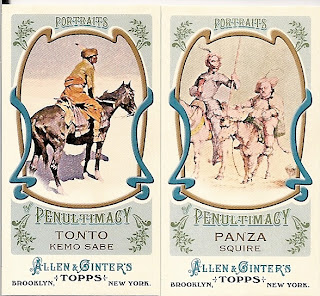 Not really freaky is this mislabeled set, Portraits of Penultimacy. I guess Topps really liked the name. Toto's in this set. Not this Toto: 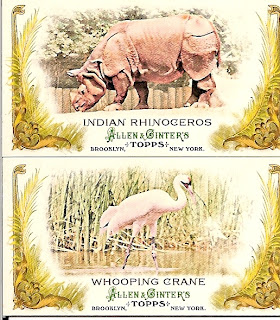 The last minis I received in the lot are from the Animals in Peril set. I'm on the fence about wanting to complete it, and probably won't. It looks nice, but animals on cards aren't my bag, baby.

I also received this complete set: 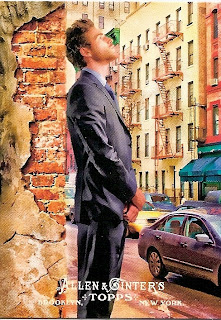 I'm glad to have this set, because it's a beautiful piece of art, whether or not you agree with the subject matter.

There are more, I just don't have them yet! I have more coming from Chris (Nachos Grande), but I think many of them will overlap. I'll be trading most of these for other cards you don't see here.

In other words, if you see something here (other than the rip card and Ascent of Man) that you want, let me know! We can work something out.
at 4:56 PM