Going Postal: Kitty and Some Royalty

Things have slowed down as far as the mailbox is concerned. I'm awaiting the arrival of some Lineage cards and a few other recent wins, but otherwise there aren't many exciting things flying like an eagle headed my way.

I received a few nice packages, though, so let's take a look.

First, a thank you to The Card Hobbyist for this quick little trade. He's doing a trade stack sort of thing he calls Reap The Heap, and when I saw a card I needed for the Zoo, I grabbed it and sent him a little something he should enjoy. 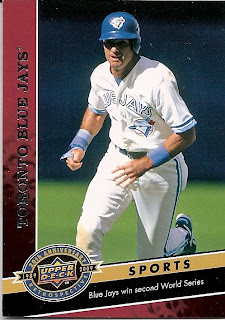 This 20th Anniversary card isn't what I wanted, but it's on my need list, and Patrick included it gratis. I grabbed this one as soon as it posted: 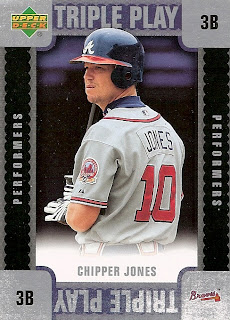 There's a little code on the back and everything for some kind of contest. I'll feature it on the Zoo at some point. Just know it comes from 2007 Upper Deck. 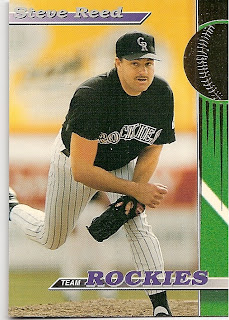 This one single card from the Rockies team set was included with a complete set of 1993 Stadium Club. Why was it included? I'll never know. But I scanned it anyway, because I think I need it for the Cardboard Zoo. 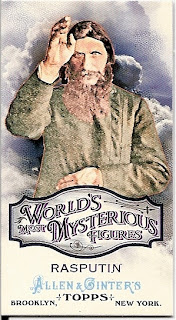 I accidentally picked up another complete set of this A&G mini World's Most Mysterious Figures. Oops. The full set is available for trade. 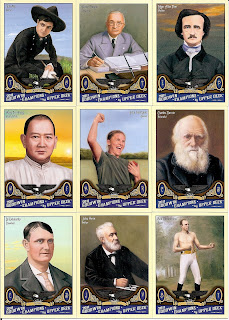 I grabbed a bunch of Goodwin Champion SPs from Sportlots. If you haven't shopped Sportlots, I suggest you give it a try. As the name suggests, it's best when you can put together a lot of cards from one dealer to save on shipping, which I did here. 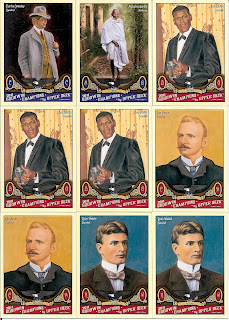 The SPs end when the blue-bottomed cards end. The red bottoms are retired players that I can use for my Awards/Leaders collection. 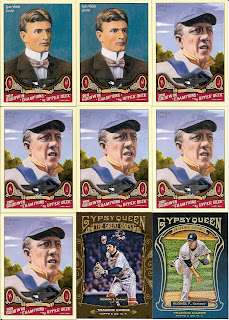 And I snuck a couple Gypsy Queen inserts into the group to help with that set building venture! 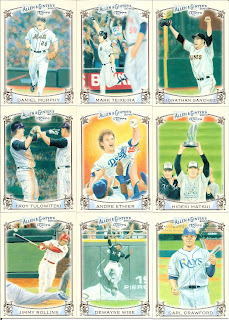 Above and below, you see last year's A&G highlight sketches. It's kind of fun to look back at these a year or two later (or a decade later, etc) to enjoy (what Topps thinks was) the best of a year. 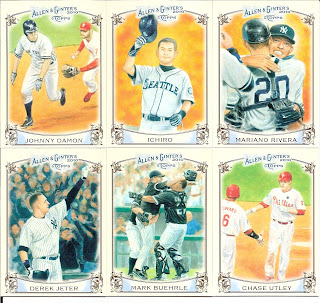 These are presented in reverse card number order, which means Buehrle's perfect game was less of a highlight than Utley's five home runs in the World Series - something he did on a losing team. 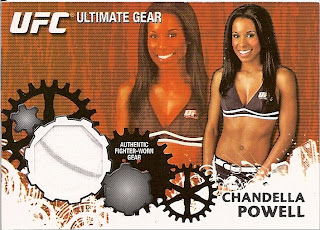 Remember this? I redeemed the code only a couple weeks ago - that was super-fast turn around from Topps. It's a nice little swatch of what is probably a sports bra or pants, based on the fabric. 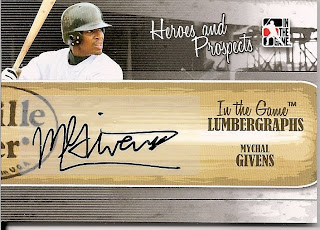 I finally have some cards from this year's Heroes and Prospects release by ITG. The autograph is a sticker, but it doesn't show as much in person. It was nice to get a heroes card of Rock fairly cheap too. Now I just need another 40 different sets from this release, and 2011 ITG Heroes and Prospects is done! (Insert sad face icon here.) 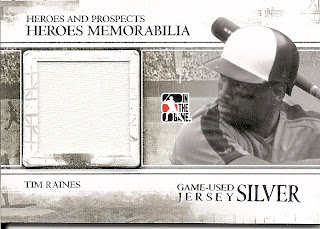 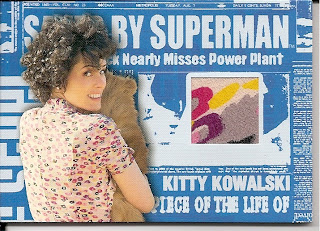 Time for some Kitty. Kowalski that is. I hear they're making a new Superman movie. This relic comes from the awful recent release, but who can resist Parker Posey? 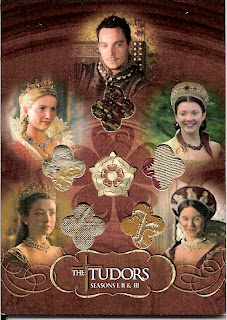 And now a little royalty. I posted a relic from this set before, and I was hoping to obtain several of the other relics. Instead, I grabbed this multi-relic offering from ComiCon, which in the end saves me about $100 - those cards ain't cheap. There is one that I still want, but I may pass on it. I've said it before (yesterday, in fact) and I'll say it again, movie wardrobe swatches can look much more interesting since the clothing has patterns.
at 4:36 PM