Pimpin' ain't easy.
Head on over to Cheap Card Collecting, another SF-area blog that focuses on, well, card collecting on a budget! He's running a contest - follow and comment to enter.

Maybe someday I'll work a trade or run into him at a show. Until then... Keep on pimpin'. 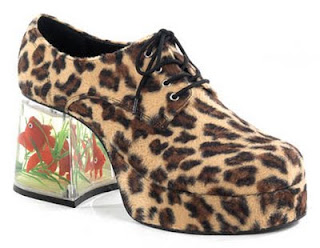 Oh yeah, I mentioned something about a game. I'm going to the Giants game tomorrow afternoon. They're barely holding on to first place (half a game over the D-Backs), despite their best efforts to lose tonight. Walk the .220-something pinch hitter, loading the bases, only to face Andrew McCutchen? At least it made for an exciting finish. 3-2, two outs, bases loaded... McCutchen struck out swinging. I know many of you hate the Giants almost as much as the Yankees (and some a little bit more), but here's hoping they win tomorrow.

A quick 1:20AM update, before I hit "publish post" - I hit a collectibles and antiques fair on Sunday (after the flea market Saturday), and picked up a couple incredible cards. I'll publish a report and teaser in the next couple days (Thursday I think), and feature the cards on the Cardboard Zoo through the weekend.

And there's a toy and comic show this weekend. I'm on the fence about attending. I went to the spring show, and they have a few odd and end non-card items, SLUs, and non-sport sets. I might go in the afternoon. Thoughts (especially other bay area readers/bloggers)?
at 1:29 AM