Let's look at some more of the cards I picked up at the GT Sports show last weekend, shall we? This time, I have a collection of award winners and statistical leaders. 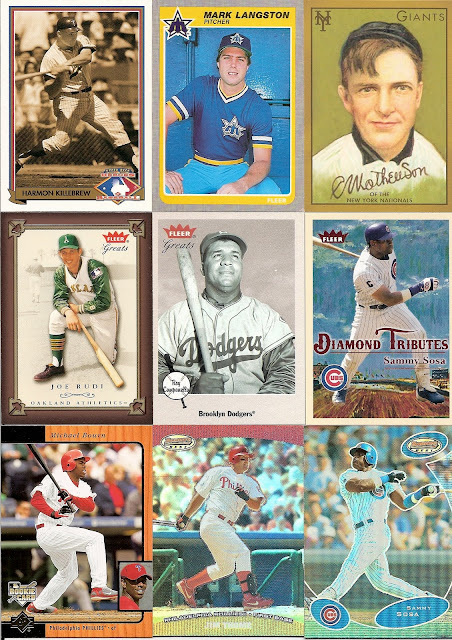 I didn't do too bad with this collection, though I wish I could have found more. There are several players who are elusive, mainly because their only cards are vintage. The Harmon is part of a set that took me years to put together, and I had to just pick up another. Most of the others went towards retired numbers, statistical leaders and clubs, and Gold Glove awards. Michael Bourn filled a hole that now gives me a 20-year complete run. 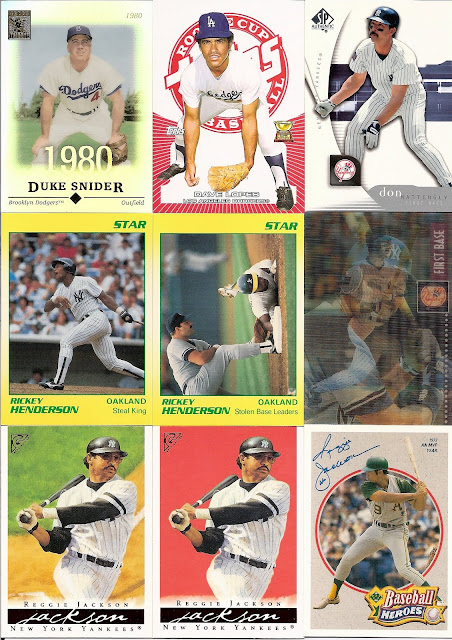 Here are some more leaders. Rickey filled a couple spots here and there, as did Mattingly. I didn't need so much Reggie, though a card of him in an A's uniform was one of those goals. It was neat finding both the regular and variation Reggie, even though the red (variation) doesn't carry too much of a premium. 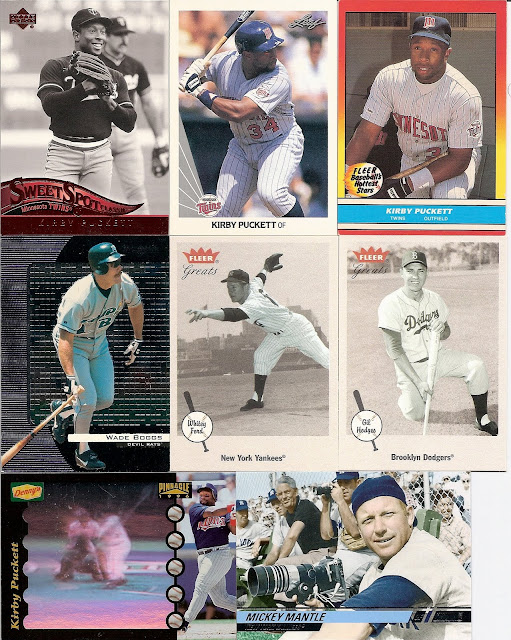 A four-spot of Kirby was a must-have grab, and I needed to slip a Mickey (ha ha!) into my collection. Amazing, I didn't have a huge stack of them laying around.