As I nurse my twisted ankle or stretched muscle or whatever I did to it Monday night (don't ask, I won't tell you), it was nice to come home to a few bubble mailers full of goodies! 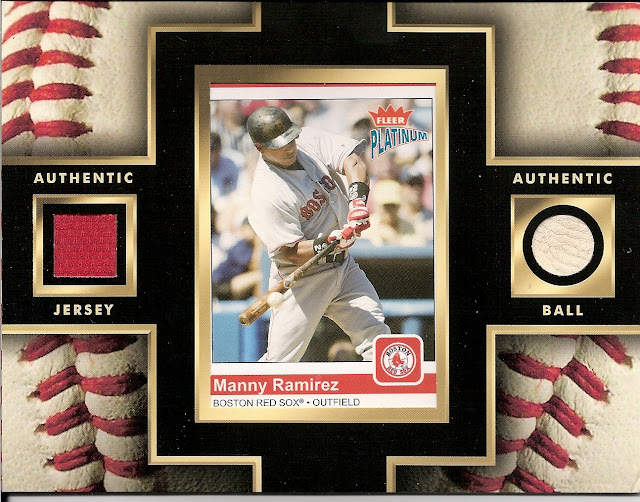 Okay, this isn't Lineage. But am I really going to devote an entire post to this repack "relic" featuring a card of Manny Ramirez? The back states the jersey and ball pieces were both supplied by Upper Deck. I paid a dollar for this and it was shipped free or cheap with the other cards from that dealer. The card in the middle isn't centered properly, but I like the concept behind this piece and wouldn't mind having something similar from some of my favorite stars. 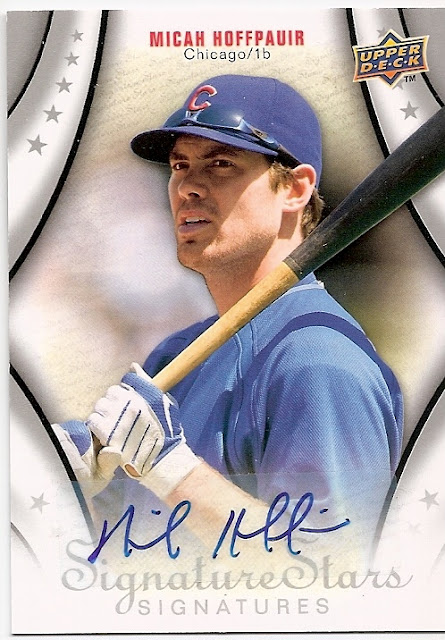 Speaking of Upper Deck, Signature Stars is a product I never touched. You see, while I've been collecting actively since 2003 (and before that, '89-98), I had a little break from around September/October '09 through last September/October. I had a girlfriend, we got pretty serious (thus my lack of time or concern for cards), and then she broke my heart. Seriously. It was like a bad movie where I was Michael Cera or Ben Stiller. TMI? Oh well. Needless to say after that I had no interest in anything for full month plus. But then I moved to California and found my way back to cards. And here I am! 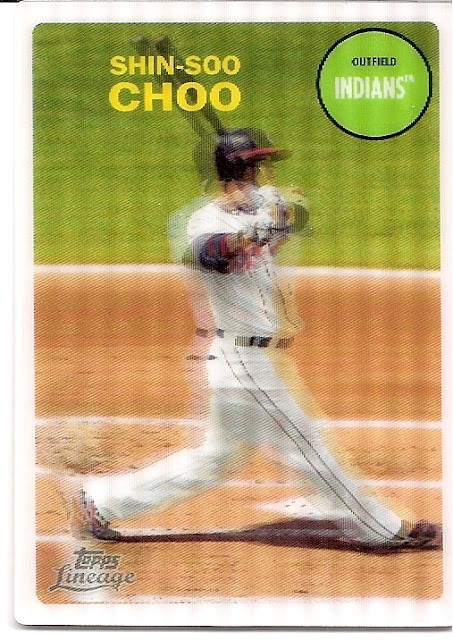 Okay, finally, Lineage. And no more personal stories for the rest of the post. I liked last year's 2020 3D cards, but the more I look at these the less I like. I was considering attempting a set, but I'm not so sure anymore. 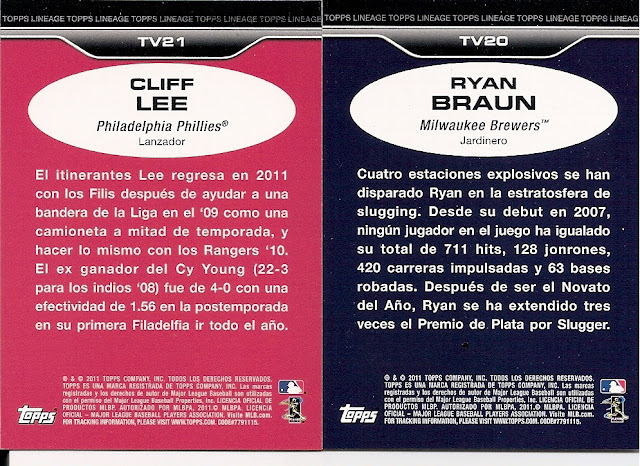 They could have done more with the backs than just stick the write-up through Google's translate program. But I didn't get any Venezuelans in the case break I participated in, so I need one for the Cardboard Zoo. If you want one of the others (not both), let me know! 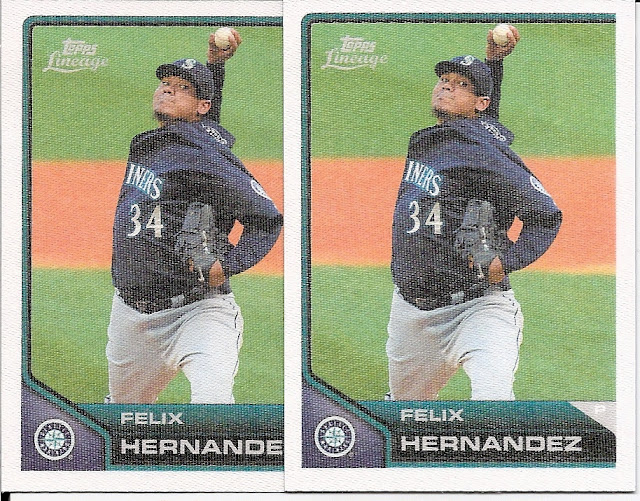 We Three Two Kings of Seattle Are... cloth stickers. I REALLLLLLLY want to stick one of these on something. The kid in me wants to stick one where stickers shouldn't be placed. Like on the TV screen, or a door, or the wall. What were you thinking? Anyway, one King Felix is off to the PC. The other: trade! 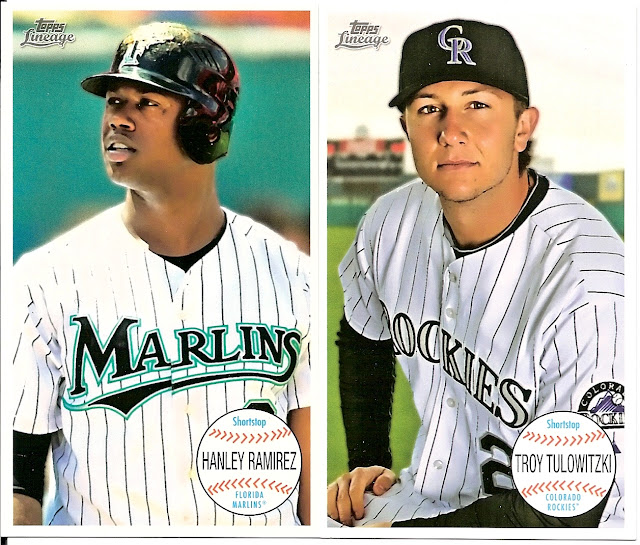 There are no Giant Giants here! Another set I missed out on in the break was the box loader Giant cards. I like these more for the newspaper article style backs. I'll keep Hanley if hiflew wants Troy? 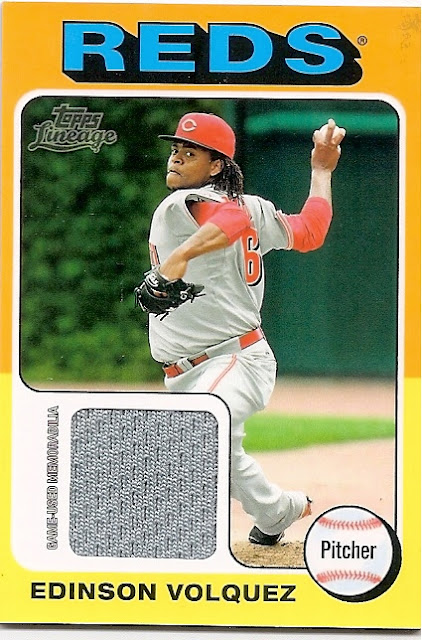 I like these little mini relics! This could be a set I'd be interested in pursuing, if it wasn't 99 cards strong. Someone else threw out 198, but I believe that to be incorrect, unless every relic card has a variation. 99 cards isn't too tough given the checklist, but I don't have the ability to attack it now, when it would be most helpful. So this card is for trade! 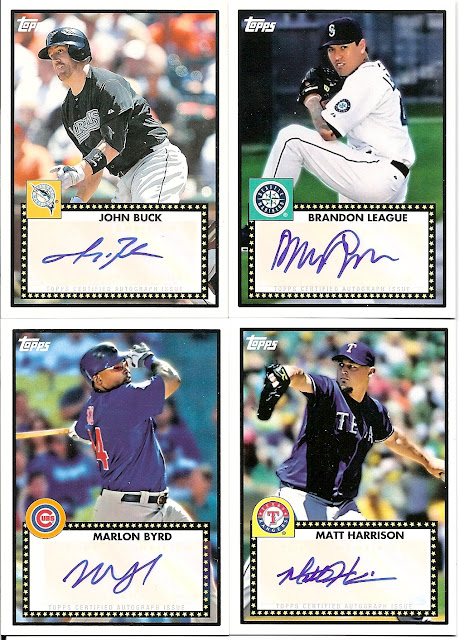 Hey! A bunch of '52-style autographs! I'm not sure why I have these, but they're all for trade. 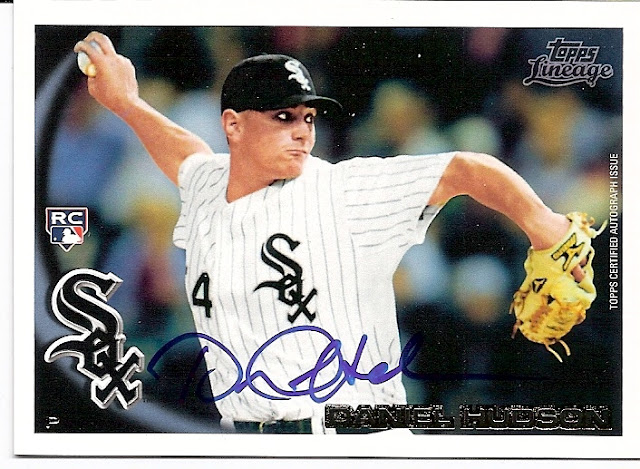 I've heard that Daniel Hudson is a good pitcher, and I like this on-card autograph regardless. It's headed to my collection. You can't have it!
That should just about do it for my Lineage acquisitions. I still need to attack Bowman Platinum, though I'm in no rush for that. I am looking for refractors (non-purple) and hits. But I'll trade any of the cards I mentioned are available for anything I need! Make an offer, get this stuff off my hands!
at 12:36 PM