What does the word padre mean to you? The only thing I can picture is that little guy in the 1970s Padres logo with the bald head wearing that brown robe. Padre means father in spanish, and its application in San Diego relates back to the missions scattered along the California coast.

So it's time to find some religious men. Or baseball players pretending to be religious men. These are the cards I pulled for the Padres in hiflew's July break at Cards from the Quarry. 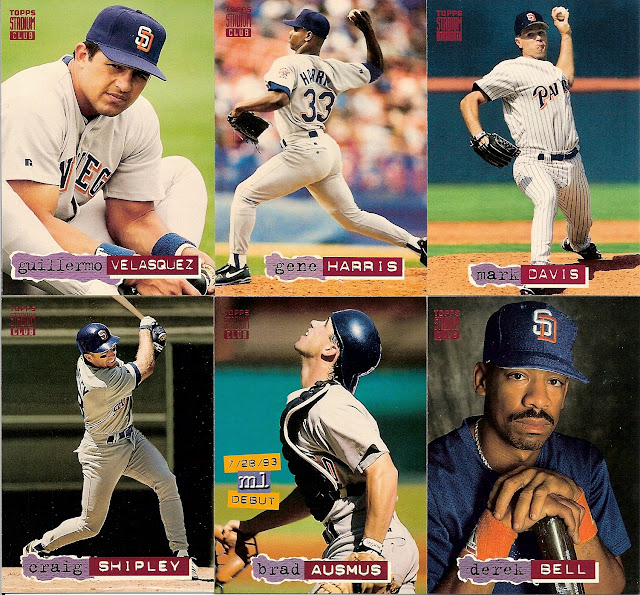 Okay, let's get the Stadium Club out of the way first. Again it focuses on action shots and interesting poses. Derek Bell looks kind of unhappy in that shot. It's in his eyes. Go on, look. See into his soul. 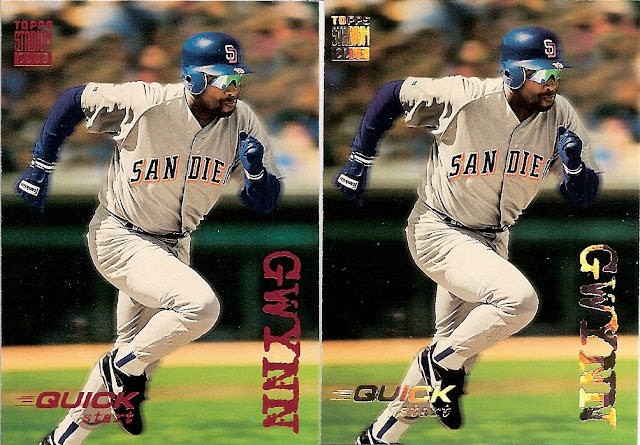 There weren't any Gwynn base cards, but there was a pair of subset cards from the base set - one of them the gold parallel. Don't you love parallels where the only difference is the color of the foil used on the card?

Now the Fleer Focus JE cards. No Gwynns here, either, but there is a superstar-reliever Trevor Hoffman card.

And here are the Dugout Axcess cards. Most of the photos are at least somewhat interesting, but you mean to tell me you can't find a good action photo for Tony Gwynn, of all people?

See, there's an action photo of Tony Gwynn. You just stuck it through the digital filter for the subset! I was glad to get all three Gwynns! Plus, the Kevin Brown insert is needed. 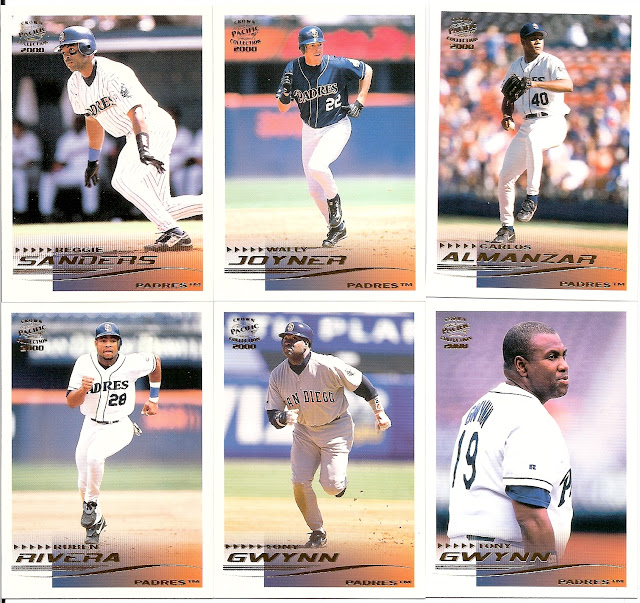 Now, Crown Collection. Not that I paid much attention to Wally Joyner (and I wasn't paying much attention to baseball in 2000), but I didn't realize he was a Padre. Pacific liked taking pictures of players running the bases. Poor old Tony Gwynn looks like he's about to have a heart attack, and the team checklist card (bottom right) shows us why - by 2000 he was getting old and heavy. He still looks like that, 10 years later. I told you I randomly met Tony Gwynn in December, right? If only I had this card with me at the time. I could have got his autograph! 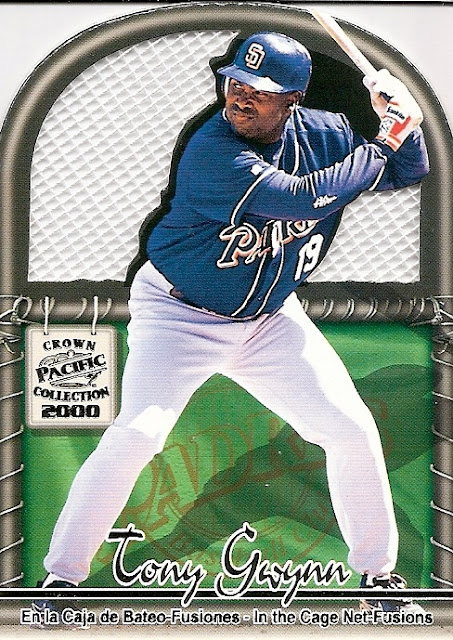 But this will do instead. Inserted one in 145 packs, it would take over 2000 packs to complete the set (going by the odds). I am very happy to have this! The white part is actually a net type of thing!

And here we have some SP Rookie Edition cards, all of quality Padre pitchers. No inserts or autographs (I don't think the product had inserts), but three good cards anyway. 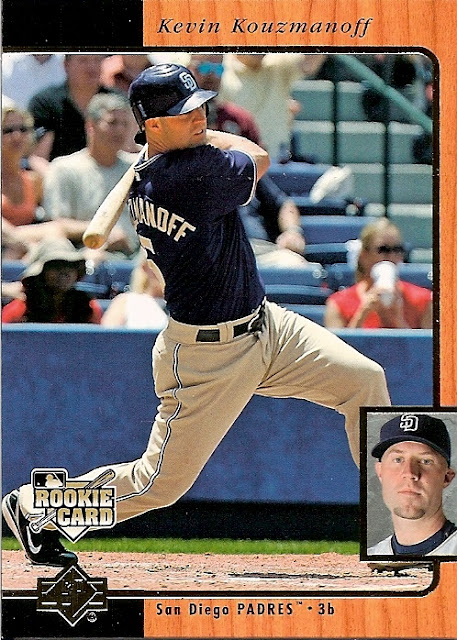 SP put the rookies in the base set multiple times - one on a regular base design, and then on an older SP design, and shortprinted them. This Koooooooooooooooooouzmanoff isn't a big hit, but it's a nice little card.

Last, some Flair Showcase. Again, just like the Orioles card from earlier today, the Piazza has a different background than the Hoffman and Giles, but it's still a base card. Piazza looks funny in that Padres hat. Funny because it's a Padres logo, and funny because it looks extremely tall. Hmmm... photoshop? Really bad photoshop? I lucked into an insert, too: 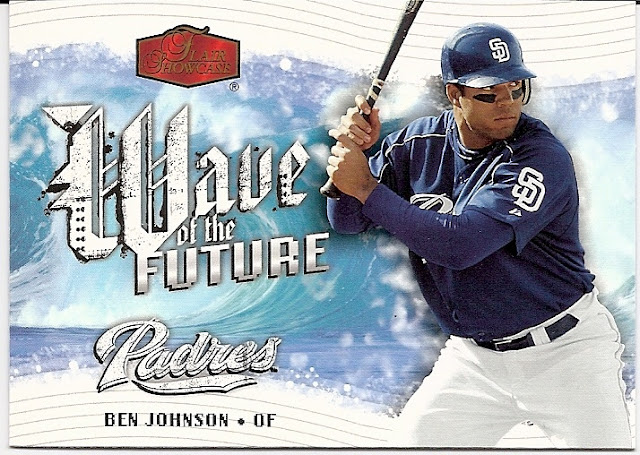 I don't think Ben Johnson amounted to much. He was the Padres Minor League Player of the Year in 2005, batting .312 in AAA, but was never successful in the majors.

Obviously, the Gwynns are headed for the PC (there's an extra Crown Collection card available). The Kevin Brown Dishwashers heads to the Zoo. Mark Davis heads to the awards/leaders collection. All the rest are for trade!

One more team coming up later!