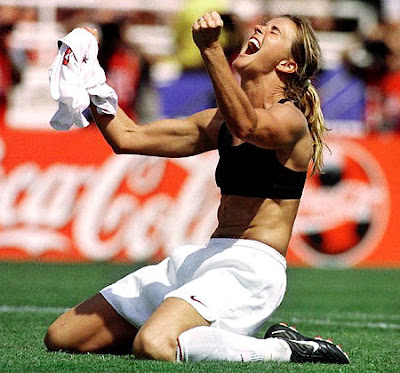 Back when USA beat China to win the World Cup in 1999, this was such a scandal. Oh no! Brandi Chastain's sports bra! Millions of 13-year-old boys have been shown smut on the level of Playboy and Hustler! At least it wasn't Janet Jackson's boob. A little card company called Roox Sports commemorated that win with a team set, which you see below. 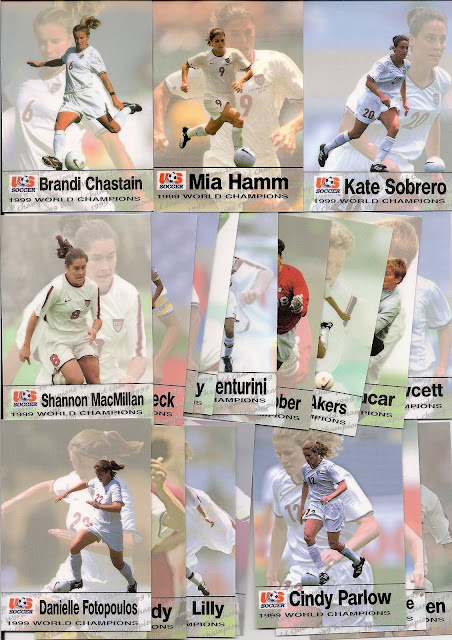 Twelve years after their win, I won! San Jose Fuji had a massive contest which was a lot of fun - basically commenting on posts for the whole month of July to earn many, many entries, which would then give you a better chance at the random drawings at the end. There was a total of somewhere around 11 prizes, and I got 10th pick of the lot. Someone picked the set I really wanted - PopCardz - and all the baseball stuff went quick, but I still ended up with this cool little grab. I've already got the set, but it is cool to get to see it again, and unless someone really wants it as trade bait, I can offer it as my own prize the next time I do a contest. I discovered Fuji's blog only a short time before the contest began, and it was his writings that led me to some of the other (better) flea markets in the area. I still need one of his awesome trading/business cards, though!

It would have been nice to have won another World Cup this year, and we were pretty close, but Japan fought hard and deserved the trophy. So instead of another photo like Brandi Chastain, we have this: 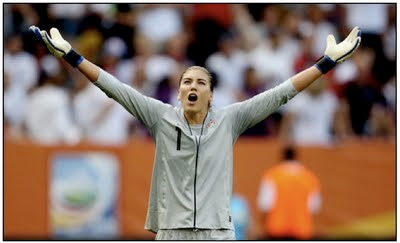 I bet she could kick my ass. 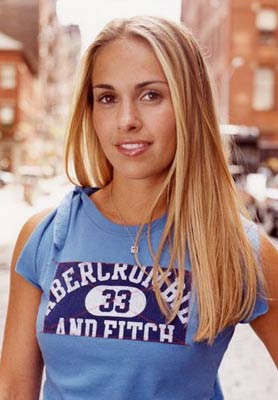 By the way, Roox never really made it in the trading card business. They tried through the late '90s, releasing sets and cards of high school and minor league-level teams and players and some odd sports, including Table Tennis. These cards are essentially paper coated with a high-gloss plastic, and look nice, if a bit flimsy. It's a shame there aren't any companies similar to this now. I'd enjoy team sets for some of our international competitions, especially around the Olympics. Sure, there's Goodwin Champions and Allen & Ginter, but they don't count. All I need are some investors, a license, and a printing company, and I'm in business.