More Breaks from the Quarry - Miller-Coors!

I was going to just call this post Miller-Coors, but then nobody would get the connection. You see, Miller and Coors joined forces in 2007. Coors Field is where the Rockies play,  the favorite team of hiflew of Cards From the Quarry. Miller Park is the home of the Brewers, the third and final team I purchased in his July box break!

Get the connection now?

Let's just look at pictures of beer makers on cardboard. 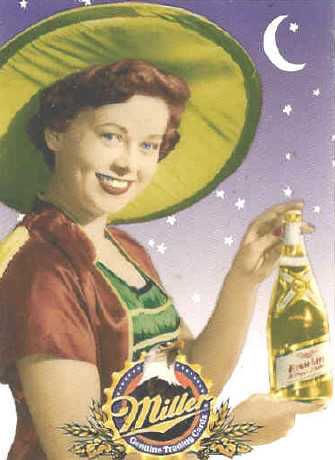 Wait, that's not right. Though I have that set. 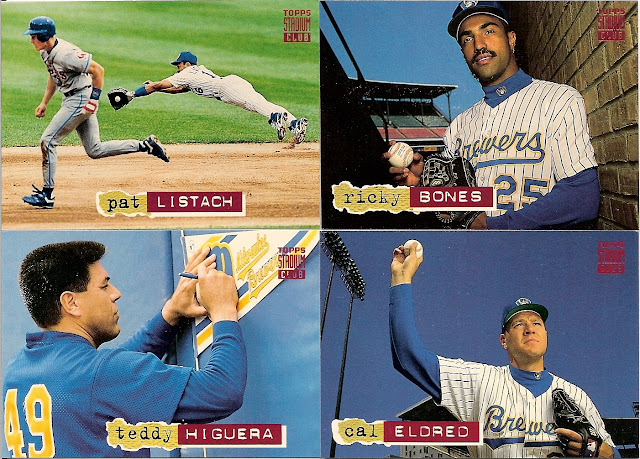 First, a bunch of those 1994 Stadium Club cards, this time all horizontal. The Pat Listach card is great. I like the Cal Eldred too. The design of these cards is a little awkward at first, but it's unique and not exactly ugly. It's grown on me over the years. 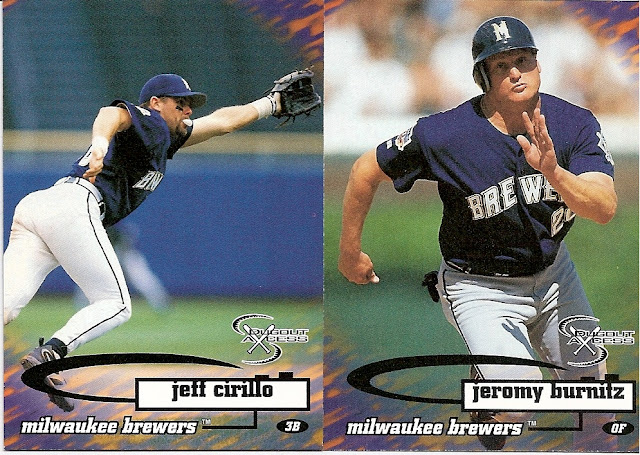 There weren't many Dugout Axcess Brewers cards. That's fine, though I like this set. 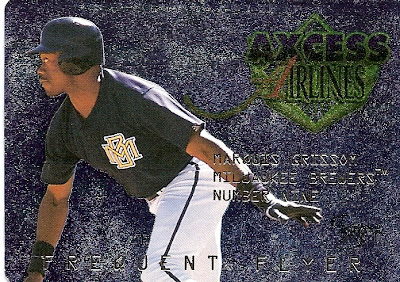 I was glad for this card, though - a Frequent Flyer insert card. It's designed to look like a frequent flyer card on the back too, and even has a fake magnetic stripe. I'm not sure I'd want to fly Axcess Airlines, given the quality of the set. 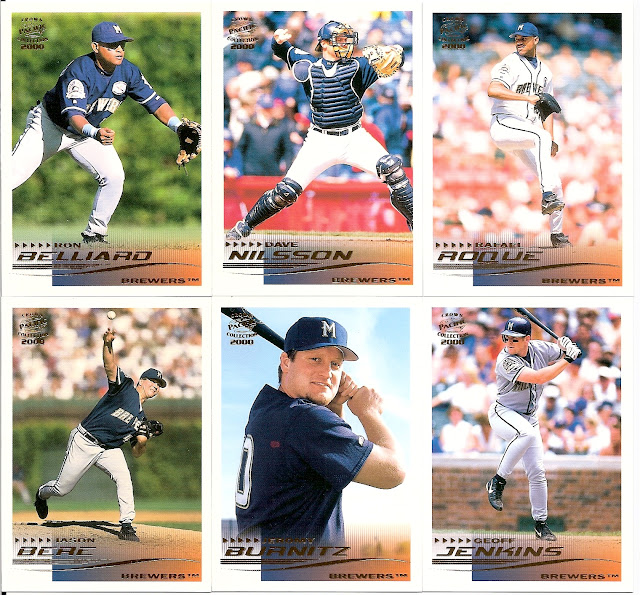 There are several Brewers in the Crown Collection set. Again, all the regular cards have action shots, while the team checklist is posed. 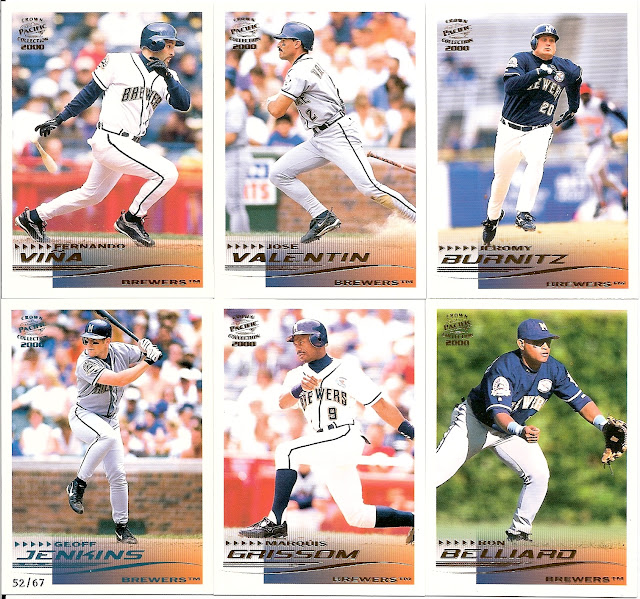 One of these cards is not like the others... I was quite glad to have this rare "Platinum Blue" parallel. Pacific did some strange numbering in several of its parallel sets. 67? Where does that number come from? 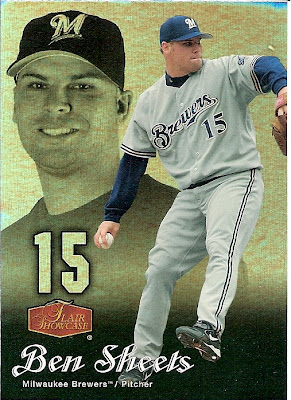 There were only two Brewers in the Flair Showcase box. One of them was a base card, and the other a Wave of the Future insert. 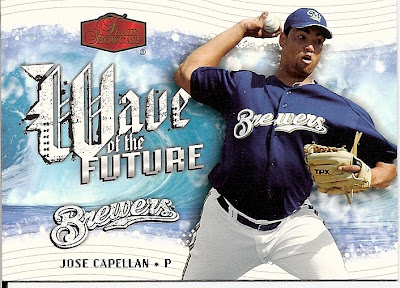 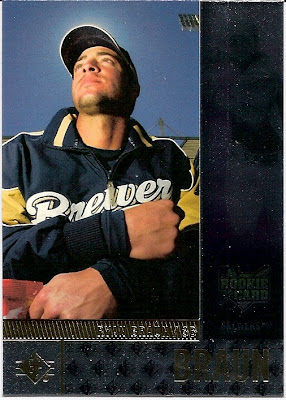 Ryan Braun, if you can't read the foil! This is a pretty good pull - probably the best non-autograph Brewer card in the box. 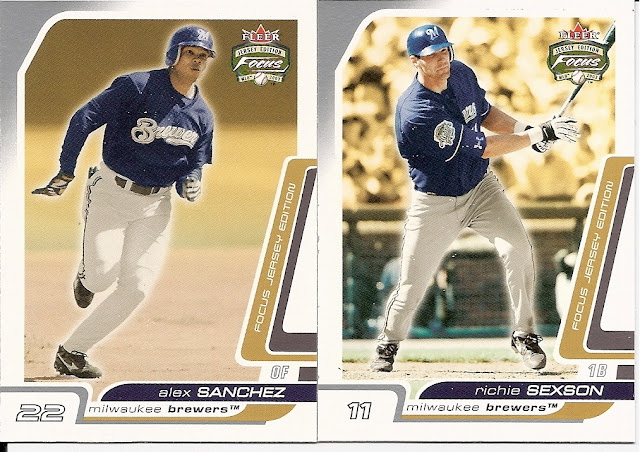 And back to the bright and white - Fleer Focus JE. A couple base cards here, but I also ended up with: 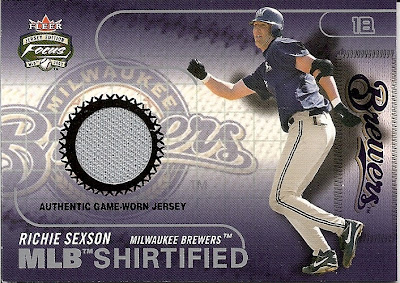 A Richie Sexson jersey card! So this really is a Jersey Edition!

By far, the Brewers were the best of the three teams I picked up as far as hits, though there was something good in each lot. The Frequent Flyer insert, Platinum Blue parallel, and Shirtified jersey all head to the Zoo. All the rest are for trade!

That does it for the Cards from the Quarry group break. I believe that's the last break I've participated in other than the upcoming Marquee break.
at 6:17 PM