Timing is Everything: 2011 Panini Americana Images 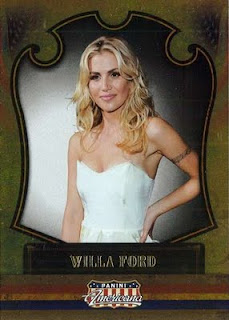 Base cards, foiled as always. I prefer the retail foil-less version. 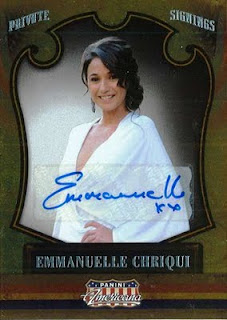 Hey, I was just in a discussion about her! I guess she's important enough now she doesn't need to sign her last name. Or maybe she can't sign it small enough to fit on a sticker. 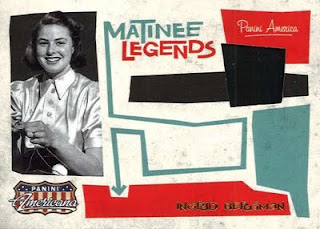 While I don't care much for the base card design, the hits look AWESOME. I love the '50s Patty Duke/My Three Sons style titles and designs going on here, even if there is lots of empty space. Screw it, I like the design, so leave it that way. I don't believe I have an Ingrid Bergman relic yet. Time to pull out the list. 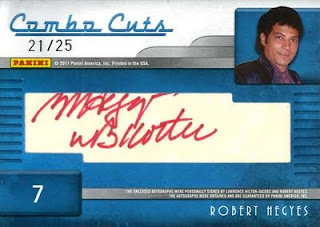 Above and below, a dual cut done right. There is plenty of empty space, but at least there are photos on this card, and a decent diner-inspired design. 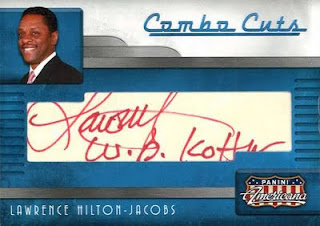 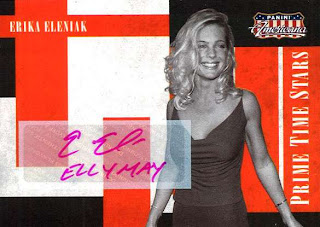 Sticker autos don't work here, and this is the least-impressive of the inserts. But Erika Eleniak is hot. 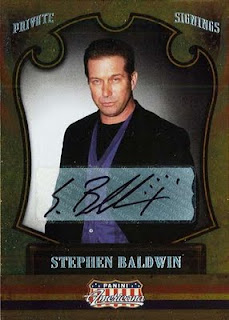 Why does every Baldwin except Alec sign for every Americana/American Pie release? 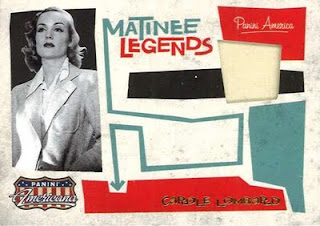 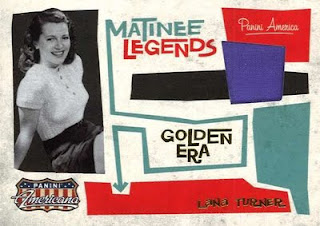 I suppose the Golden Era stamp will indicate a limited parallel. 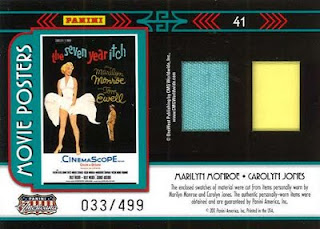 I wonder what the fronts will look like on these cards. Plenty of images of the relic backs, but no fronts. I suppose, like the last issue, the movie poster will be on the front. 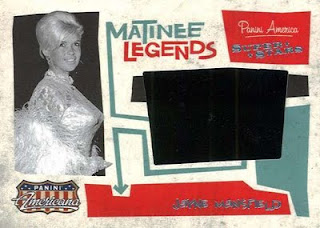 Now that's a big swatch. And note the silver print in the upper right. The lack of right angles in these swatches makes them even more appealing, at least with this design. 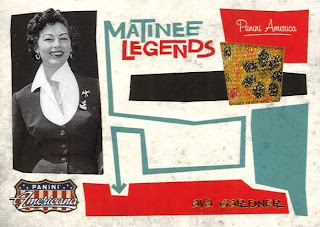 One of the good things about movie star relics (and movie wardrobe relics) is the ability to use a patterned item of clothing, like you see here. At least most of the swatches aren't pure white or gray, like baseball relics end up. 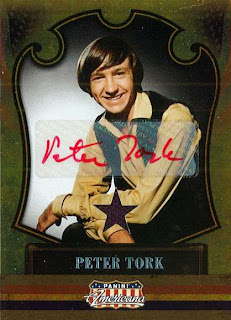 Relic autograph, same as prior years. I've never liked the Playoff (and now Panini) process of doing relic/auto base cards. Just make more insert cards/sets for the autos and relics, and ditch the hit-parallels. 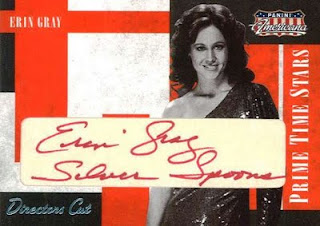 Here's where the cut autograph interferes with what could be a GREAT card image. I'll take the base version. (I already have Erin Gray's autograph; I met her in person.) 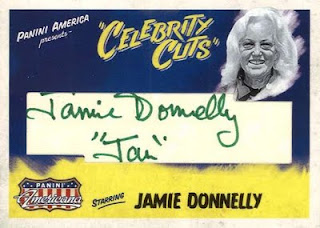 More awesome designs, this time in 1940s/1950s movie poster style. Why can't this be carried over to baseball? 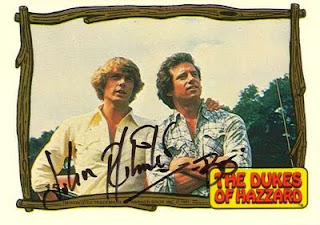 Last, this buyback autograph. I'm not into these kinds of cards, but buyback autographs have a good place in the hobby.
Where American Pie's preview images indicate a focus on events, Americana is all about the stars. I've put together base sets from most of the issues, and I pick up a few choice relics and autos here and there, and this issue will be no different. If there are any insert sets on par with the Celebrity Cuts and Matinee Idols, I may chase those too.
As with yesterday, I ask: What are your thoughts? Have you bought Americana in the past and will you buy it this year?
at 5:24 PM