Yes, I get the gold theme, great. But you did it before, in 2001. It wasn't that good then, and it won't be any better next year, either.

I don't have a 2001 Topps set yet, so I'm going to have to figure out real fast if I want to try to build a series one set with these or just pick up a factory set.

Meanwhile, I hit the lists and pulled 20 cards for the awards/leaders collection. This set has a bunch of manager cards which came in handy for the Manager of the Year awards.

To top it off, there were four gold parallel cards. Sure, parallels aren't that special, and these aren't superstars, but anything extra is a nice addition! 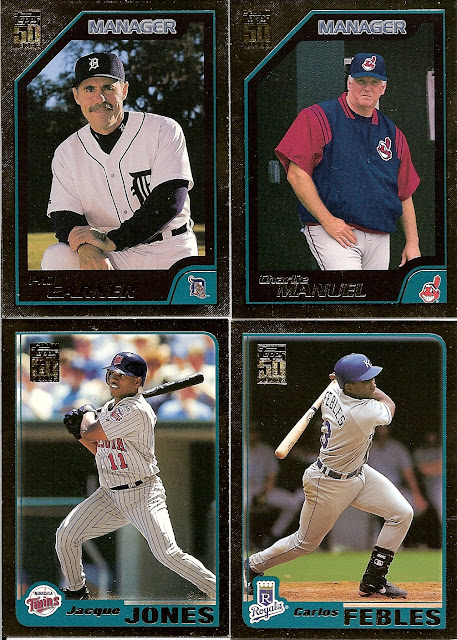