First, if you haven't seen the inserts preview from 2012 Topps, head on over here. It's a game changer. Yup.

Now, the release the entire blogging community has been waiting for... (I kid)

2011 Bowman Sterling!
You may ask yourself, what does the base card look like? 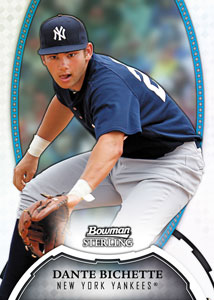 Same as it ever was!

You may ask yourself, are there jerseys in the product?

You betcha! Let's try for a cycle. Here's a single! 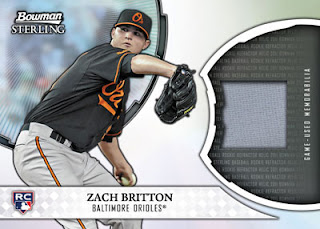 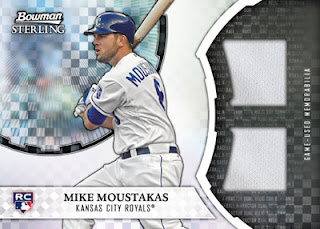 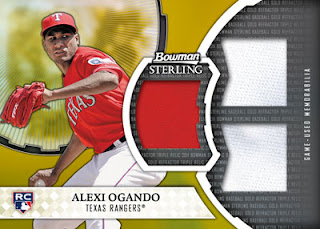 What about autographs? Well, we got 'em too! 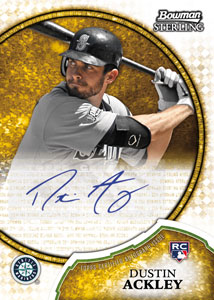 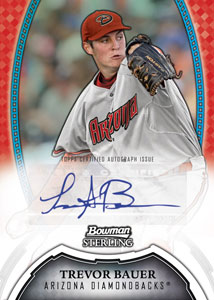 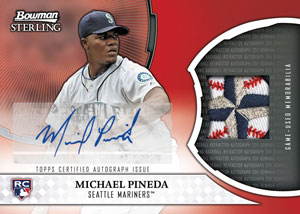 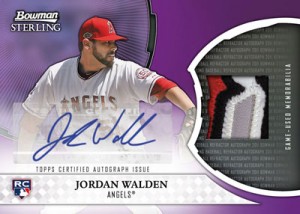 But, Ryan, it's not a Topps product if there aren't plates! Well, we got those too! 1/1 plates with autographs! 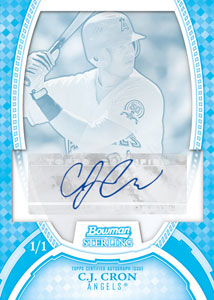 Hold on, hold on. All those images are great, but I'll never be able to turn a profit unless I pull a Bryce Harper autograph. Do you have one of those?

It wouldn't be a 2011 Topps prospecting product without one! 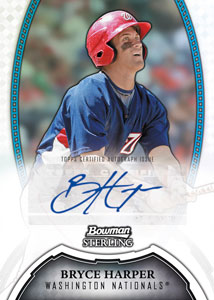 Seriously, I like the look of Bowman Sterling, but with Bowman Platinum having the same set layout and nearly identical relic/autograph design, it feels tired. Platinum kind of ruined Sterling. Of course, I don't really buy much of either since I'm not into the whole rookie thing. But how does a collector get excited about a release that is the same as the prior year's and offers the same as this year's checklist? Speaking of which, this weekend I'll have a post on some Bowman Platinum packs!

By the way, for $200, you'll get a full box of the product, including 12 rookie/futures autographs, one dual autograph, one dual relic, nine Team USA or rookie relics, and six prospects. Six packs come per box - five cards per pack including two autographs, one relic, one base card, and one MLB Futures card.

Hmm. Maybe Topps will introduce us to Eco-Bowman next year. It would be printed on biodegradable toilet paper squares in eco-friendly monochromatic ink, with, of course, relic cards, autographs, etc, and all the cards would be limited to, say, 250 or less. I bet rookie speculators would eat that product up (not literally) just like they do Sterling, and it would cost Topps a lot less to manufacture. Then, when it comes time to dump the entire set into the trash can because none of the prospects panned out, at least it would take up less landfill and dissolve quicker. Anyone wanna have a go at this (a la Topps Monopoly)?
at 4:39 PM