Panini Swings the Bat: What I'd like to see!

By now you've seen the multitude of postings announcing Panini's acquisition of an MLBPA license. Here's the one preview card they mocked up: 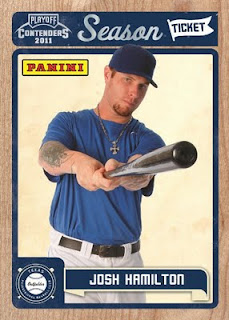 It's a nice-looking card, and it's giving collectors what they wanted most with the 2012 flagship Topps design: a wood border. (Seriously, Topps, simply change the borders on 2012 to the wood grain design you showed on the 1/1 and you'll be a major hit with the collecting world - you can even give us the 1/1 "real wood" parallels still).

Elite Extra Edition will surface in December, with Playoff Contenders (seen above) following. I'm not terribly familiar with Panini products (other than 2011 Americana) because they haven't released any baseball sets, but the designs I've been able to see generally look attractive. I like Panini's use of vintage design techniques (similar to what they did above) without copying a prior issue. I'm familiar with some of the sets Donruss/Leaf/Playoff issued back in the first half of the decade that carried over to baseball, but the designs have changed a good bit since Panini took over.

Assuming they're going to run baseball with a fairly clean slate, here's what I'd love to see in the next year from Panini. Granted, I'm not sure how many releases they'll be allowed or what the details are with the agreement. By the way, readers - I'm going to theme a whole series of posts around this basic idea for the next week. Please chime in with your ideas in the comments - agreements/disagreements/additions.

First, regardless of what you release, before you release any sets, look at all the comments collectors have made about your company, Upper Deck, and Topps in the past couple of years. What has been done right? What are the consistent complaints? Make sure you address them. I've heard some complaints about redemptions with Panini products and responses (or the lack thereof) with customer service, though I suppose that could be said (and has) about other manufacturers. I really like the idea of Panini being in the baseball card market, and hope you can get an MLB license when the time finally arrives. Complaints in the hobby are listened to. Will you be the one to listen, or will the voices grow louder until MLB hears about it?

Now, on to the products I want. You can't give the same stuff Topps is offering and expect results, but you can't do what you did in the early 2000s and stuff insane numbers of parallels into boxes (mainly parallels of the insert sets). People grow tired of that. Remember 2005 Prime Patches? That release had 213 different "sets" to it including all the parallels and parallels of parallels. Just don't do that. In fact, eight of the top ten most-complicated releases of 2005 were Donruss/Leaf Playoff issues (the other two were Upper Deck at #7 and #8). So what do you need to sell? 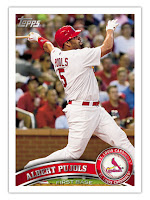 You need to (re)establish a flagship brand. I looked through your previous three years of products on your website, and only Score Football has a price consistent with being a flagship brand. I mostly like what you did with the set, and I'd do something similar with Donruss Baseball. Donruss has the most history with baseball fans and that's the name I'd use. I have one problem with the set (see the previous paragraph): it appears that every insert set has seven parallels. Can you please not do that? Especially with no odds or serial-numbering, that gets quite confusing. The 99-cent price point is fantastic, and I don't care that I don't get an autograph in every box - it's an affordable set that focuses on what it should - a good-sized base set and a small collection of inserts and parallels. I would release this as two series of at least 400 cards, though, especially if you stick subsets in the base set.

Next, I want a high-quality-photograph set. Full-bleed, attention-getting photos with minimal design on the front. Your guys love to put lots of stuff on the front of a card, cropping an image so it overlays a border, turning the background to black and white or some other monochromatic color, fading the background, putting slogans and lines and design elements all over the card. Hold back for one set per year. If you really want to stand out, do this with your flagship set. Look back at Upper Deck's flagship baseball set from the past decade or so. The First Edition card shown to the right looks great, even without foil printing. Minimal design and an exciting photograph, unless you hate the Giants and D-Backs. Do that. Please. 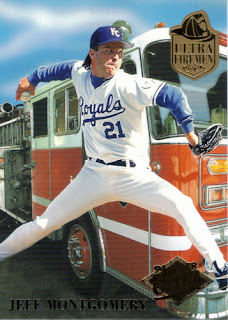 Make at least one set with interesting inserts. This would be great in the flagship brand. See, I'm doing all the work for you. What's an interesting insert? One based on actual prior-year/career accomplishments. Release insert sets of the prior year's statistical leaders, award winners, and season highlights, such as no-hitters, hitting for the cycle, four home runs in one game, record breakers, HOF inductees, number retirements, etc. That should give you a full set's worth of inserts without much work.

Then, for your other releases, find interesting designs to use that tie in with themes. Look back at prior Donruss/Leaf/Playoff insert sets that were successful and draw from them. You don't need to copy them, necessarily, just follow-through. I'll be writing a post soon on that, just to give you an idea. And if Contenders is going to have a vintage feel, like the preview image you provided, stick with it. I like that preview image. 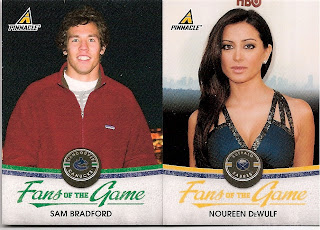 Speaking of insert sets, my favorite, for reasons I can't explain, is the Fans of the Game line. I've followed it since its inception several years ago, including the football, basketball, and hockey versions. Keep releasing them. Be warned: a small (5 card or so) set of these issued as continuity inserts into several products is fine, but mixing in non-baseball subjects into base sets (like Ginter or Goodwin) isn't welcome on a regular basis. I'd say, find one good multisport tobacco issue and use that as a throwback design to compete with Ginter and Goodwin. Or create your own multi-sport set. You have the four licenses now, right? All you have to do now is sign some Olympic stars and some other oddball sports.

As I said above, I don't know how many sets you'll end up releasing, but other than establishing a great flagship set, here's what else you should do. 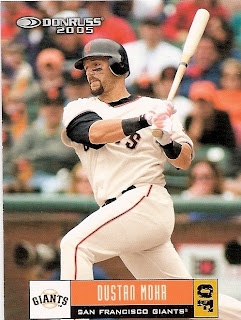 If Contenders is going to feature vintage designs, stick with that. I like the idea of vintage-styled cards. Carry over a basic idea from Americana and have a full insert set that looks like movie posters of the 30s, 40s, 50s, or 60s, or whatever. Topps doesn't make their own vintage designs. They copy old designs on throwback issues. You will stand out.

You will hopefully have a high-quality release with your flagship design, as mentioned above, but if you don't do that with Donruss (please be Donruss), do that under the Pinnacle name. One of the best looking sets I can remember is the 1997 New Pinnacle line. Or Zenith. Either of those looked GREAT. By releasing a set that focuses on high quality photography, you will do something Topps hasn't done since 2008 Stadium Club (and hasn't done correctly since 2003 Stadium Club). Like it or not, the 2005 Donruss card features full-bleed photos with minimal design and a vintage-type feel, at least with the "OF" stamp on the right side of the nameplate. 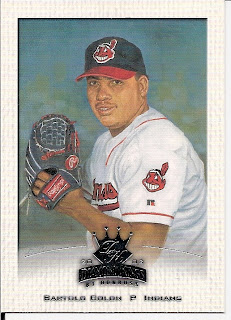 Bring back Diamond Kings, 2002 or 2003 style. The inserts in 2004 and 2005 were great, but the parallels were INSANE. Remember what I said above, crazy numbers of parallels is BAD. By issuing a modern art set, you will do something Topps hasn't done since the last Topps Gallery issue in 2005 (and bring back something Donruss did extremely well in the past).

I know the Elite Extra Edition line has essentially become the Panini version of Bowman. That's great, and if you want to issue Elite as multiple releases per year that focus on prospects or rookies (like Bowman), go for it. I don't care for the product, other than the Elite Series inserts, but I stopped collecting those with 2005 Donruss (and never really took much of a shot at it).

I also know you'll be issuing some premium products at prices well beyond anything I'd ever pay. I know that's part of the business.

You'll notice I haven't said much about hits yet, and that's because I really don't need a product that guarantees a certain number of hits in a box. That only drives up the price. This is one place you can really learn from Topps. Relics and autographs of some players are just worthless. Charging $100 for a box because it most likely contains three small white swatches of fabric from three regional players is crazy. Yes, we're paying for the chance to pull Hank Aaron or Sandy Koufax, but I don't need that chance. That's why I buy retail packs 99% of the time. I get more cards for my money. And if I pull a big hit, so be it. But if the price is right ($30-40 for a 36-pack box, like Score Football) I'll buy a box with no guaranteed hits provided the product is otherwise worth collecting. 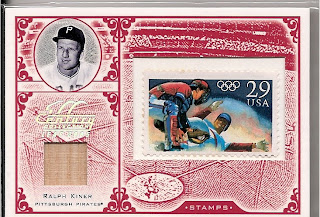 Now when it comes to those relics, keep them colorful (we have plenty of white and gray pant swatches already, thanks), make sure they match the picture on the card, and whenever possible, make them patches. Topps hoards its patches and uses them only on $100+/pack products or cards limited to 25 or less. Relics are only boring when you make them boring.

I know I'm just a lowly collector. I don't spend thousands a month busting cases looking for the 1/1 hot autographed patch card that'll pay my bills for the rest of the year, or the super-popular rookie prospect that will pay my bills from the rest of my life. But I'm the one who buys the other cards, collects them, and writes about them. What you do with your 1/1 hot autographed patch cards and super-popular rookie prospect cards is your choice, but the rest of the cards in that pack should be made with people like me in mind.