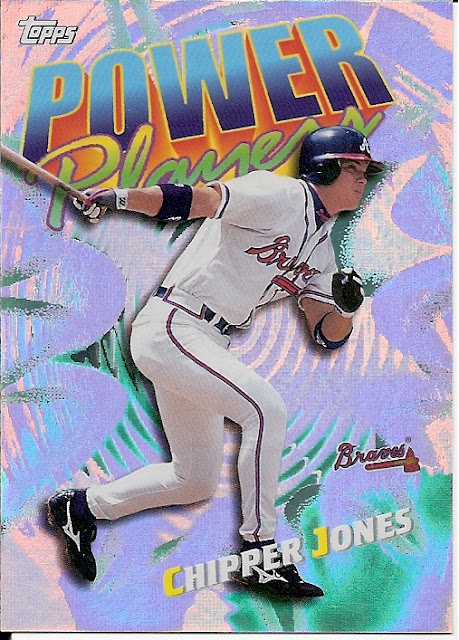 Around the turn of the century, Topps issued a series of inserts based around shiny holofoil designs. It was a step up from the loud, colorful inserts and sets released mainly by Fleer in the middle of the 1990s. Every time I see one of these cards, I want to buy it. It's so shiny, shimmery, trippy. If I used drugs, I'd probably glue a bunch of these on the wall in front of the couch to have a better trip. Who am I kidding? If I used drugs, I wouldn't be a card collector. But these cards are great anyway. I may have to go about putting together some of these sets. In a few years, maybe I'll have whittled my want lists down enough to do that?

This Chipper isn't part of a set-collecting attempt. Instead, it's a fun addition to my player collection!
at 12:32 PM