The Bad: Can Panini Learn From It's Mistakes?

We'll continue this series with a look at some of the problems Panini faces with being successful as a baseball card company.


First, remember that Panini is essentially Donruss/Leaf/Playoff. This is the company that went bankrupt in 1998 and lost its baseball license in 2005.


Why did it lose its license? Let's just take a look at one set from 2004: Diamond Kings.


The base set is fairly attractive: 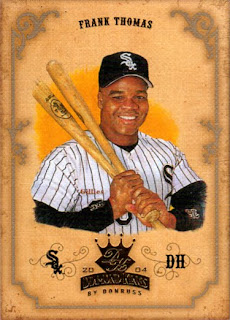 There is an antiqued feel to the cards and the design is reminiscent of the early 1900s. It's a great looking set. But the base set isn't very basic: the first 150 cards are normal, but cards 151-175 are SPs and they come with sepia parallels, making for an extremely difficult, expensive 200 card set to put together. 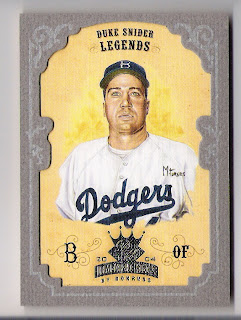 The parallels look nice, but there are 19 different parallels, several of which are 1/1s.

If you want memorabilia parallels, there are 20 of those, and another 20 parallel versions of autographs. 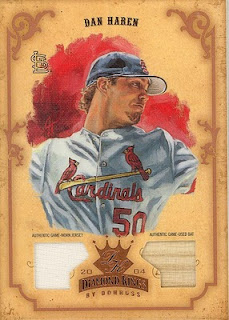 How about autographed memorabilia cards? You guessed it, 20 more parallels. 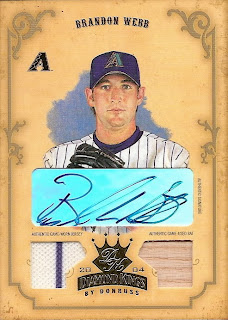 
Diamond Kings is a beautiful set, and the framed parallels look fantastic. But the 2004 Diamond Kings release has 106 sets, of which only seven are originals - the rest parallels. There are 80 different sets using the base design, with foil, memorabilia, autograph, and frame variations.


Diamond Kings isn't the only example from 2004:


The intention here was to increase "value" by providing more lower-quantity cards, especially 1/1s. However, with dozens of 1/1 cards that are nearly identical, 1/1 loses its luster. The devaluation of low-numbered cards can be traced almost directly to Playoff's massive set offerings with dozens of low-numbered memorabilia and autograph sets. 2005 was even worse, but I'll discuss that in part five (and for some releases, that has some other reasons).

Looking at Panini's recent offerings, it seems that they're doing some of the same - their 2010 Plates and Patches issue has 61 sets, and 2011 Score has 40 sets - with seven parallels for each insert set. For comparison, Allen & Ginter has 43 sets, but no insert set has more than three parallel variations. A&G's base set has 7 non-plate parallels, all of which are in mini form with several unique variations (wood, silk, etc). As a type collector, I'd rather see the A&G format with minimal parallels than an issue with only seven unique designs and 99 parallels of those designs.

The other bad thing Panini must face: the 2009 MLBP lawsuit. The judgement (the meat starts on page four) states that Donruss can not issue cards of players in any form of airbrushed or obscured uniforms, or even MLB-trade catchers equipment. The suit names Ann Powell explicitly (see the top of page four), which makes me wonder if Panini will play the legal game stating that Ann Powell has no part in whatever Donruss may be today. If Panini follows the suit completely, we could be looking at cards similar to Goodwin Champions - it could even be implied that team colors are MLB's "uniform trade dress."

The argument of airbrushed (or even posed) photos is a different subject for another day, but it is a detriment to the card in a large percentage of collectors' minds.