Let's end the insanity that was this box, shall we? 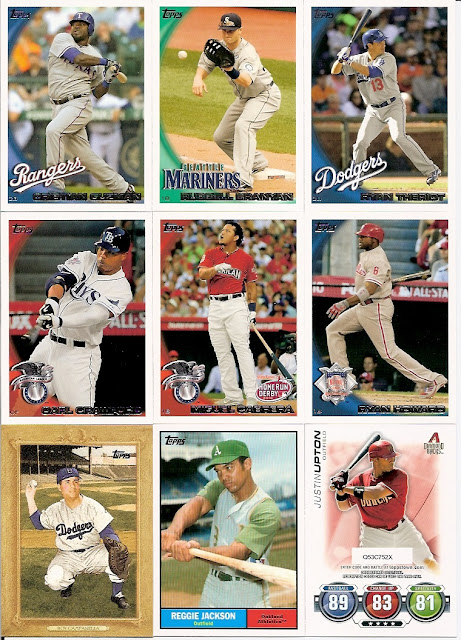 I like that Reggie Jackson card. It's such a good photograph. You know exactly where it was taken and he's wearing a jersey you don't see too often (granted, it's an away jersey). I think he really tried to act like he was intensely swinging the bat. 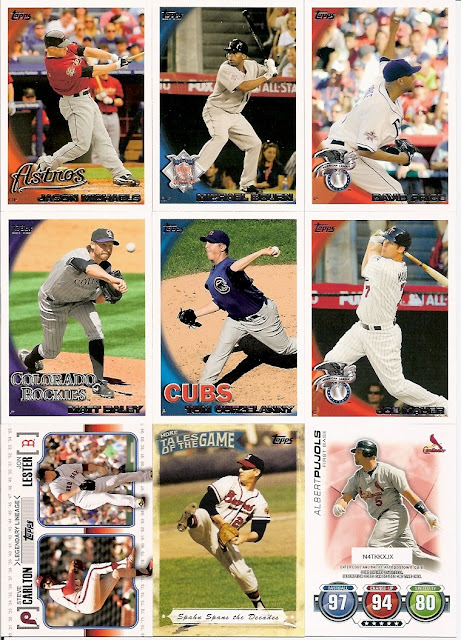 Hey, another Legendary Lineage! I wonder who's comparing Jon Lester to Steve Carlton. And speaking of great pictures, that's a perfect shot of Warren Spahn. No other part of his delivery would have been better. Compare that to the Tom Grozelanny card in the middle. Which image do you prefer? 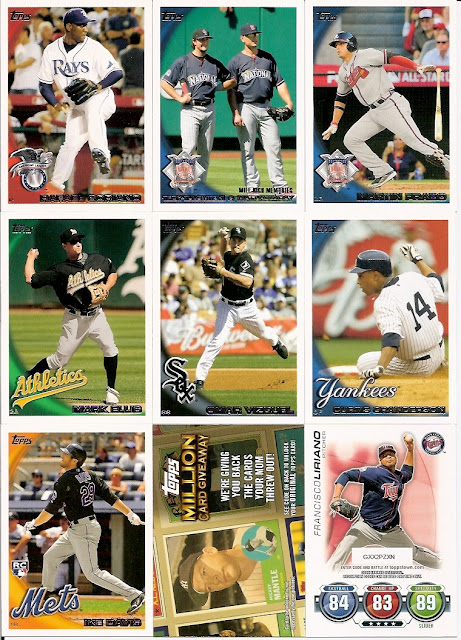 Uh oh, another insert-less pack thanks to the MCG. 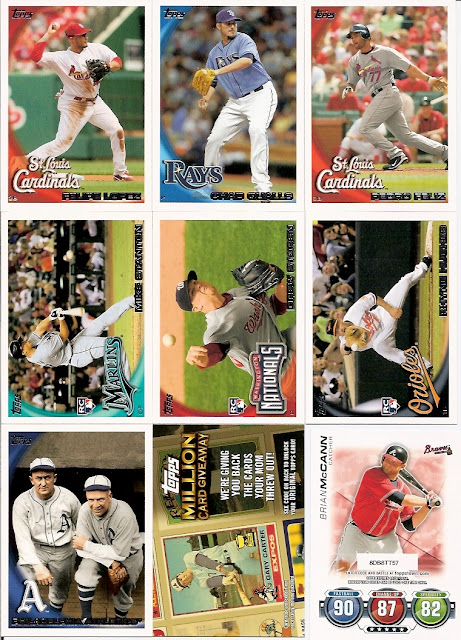 Another MCG means no other ins... wait, what's that? A retired SP? Sweet! Like almost every other card in the box, this one will be for trade. 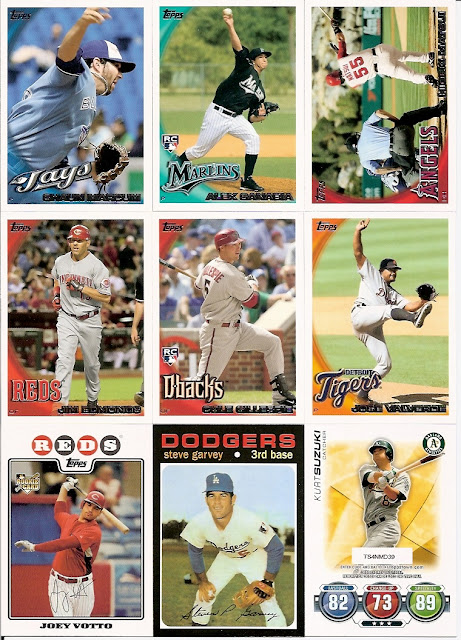 And the next pack has two Yo Mama cards, contrary to what I said before. But flip over the Votto and you'll see it's an original back! Before I skip over the base cards entirely, look back at that Valverde card. Again, a perfect picture of a pitcher. 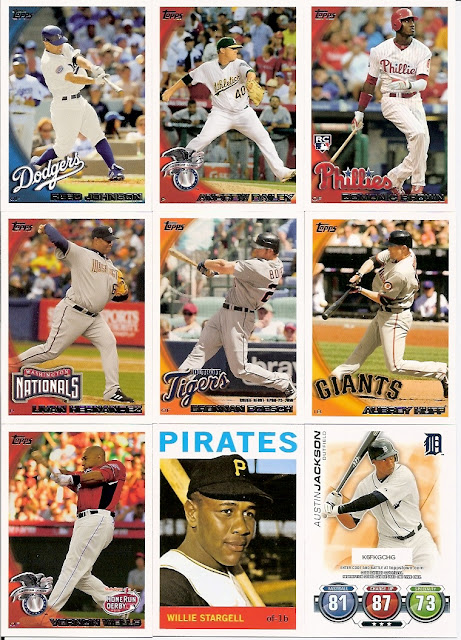 Hm, for the first time I'm "shorted" an insert without pulling a code card. Odd. I know a lot of people don't care for the Giants, but the photo on the Aubrey Huff card is pretty good. There aren't enough cards with batters hitting and the ball being in frame. Yes, the Reed Johnson card has the ball in frame, but it's barely there. Huff has just made contact, almost a perfectly timed photo. 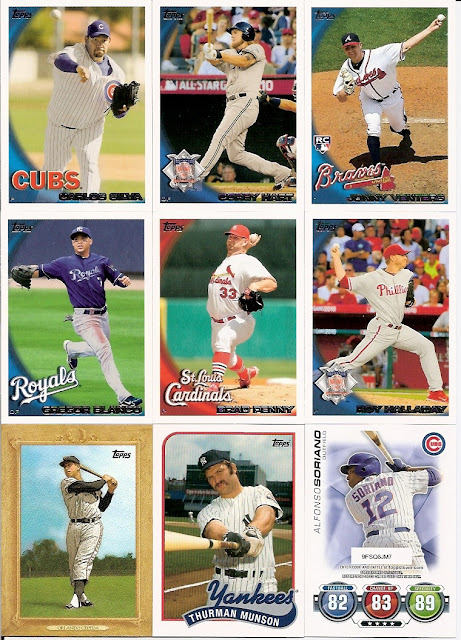 A Vintage Legend on the '89 Topps design. It's strange, but I still have an affinity for the set so I'm cool with it. In about 30 years, when Topps finally does the '89 set design in Heritage, I'll be able to collect a whole new crop of players on that ... um, fabulous design.

I have three Corey Hart mp3s. What's up now? 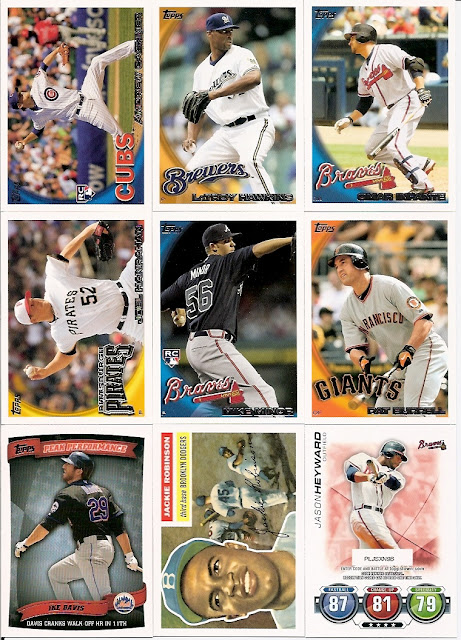 And we'll finish off with a bunch of NL cards. Really, that pack was loaded with senior circuit players.

I'll spend a little time putting together a list of cards (there are plenty- nearly all of them) for trade. I'll be keeping a couple cards for the player collection and a couple for the type collection, plus I may keep the Yo Mama cards. You'll know later/tomorrow/whenever I get that list done.
at 3:00 AM