GT Sports: A little bit of The Kid 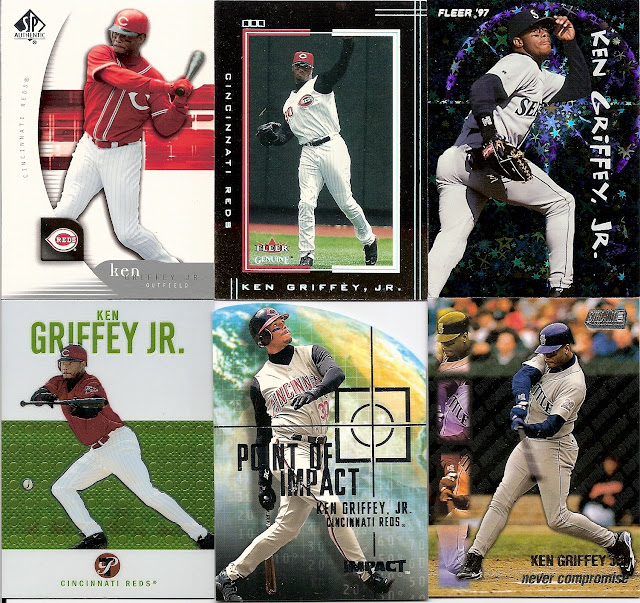 I say a little, but there's really a good bit of cards here, compared to other players I picked up at the GT Sports show. I'm always amazed by how much selection there is of turn-of-the-century (circa 1998-2002) inserts at the local shows. Yes I realize not all these cards come from that era, but close enough.

It still seems a bit strange to me seeing Griffey in a Reds uniform. I was out of collecting most of the time he was out of Seattle. My favorite card of the bunch: the 1997 Fleer insert in the upper right corner, which has a great sparkle to it, as any late-'90s insert should. Least favorite: The Never Compromise insert in the bottom right, only because of the watermark "never compromise" covering the background. I'm not sure I understand the reasoning behind the four cut photos, but then I haven't read the card back yet.
at 1:54 PM