What do you do if you're a British card company looking to sell more cards? You make a set with several American sports superstars, throw in a few other stars of other sports and nations, and sell it complete in a playing card box. 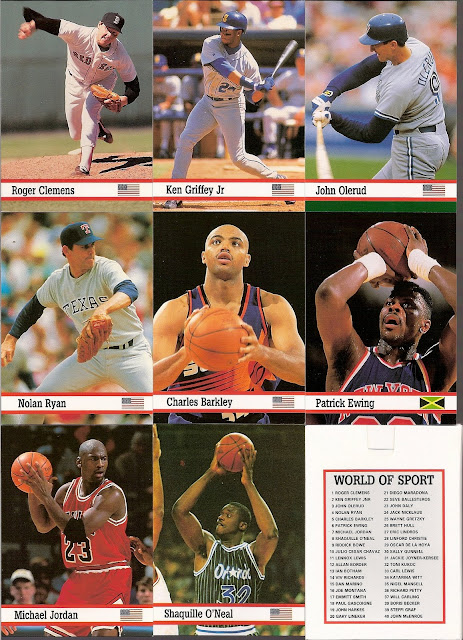 Fax Pax was recently featured on Cardboard Zoo. They were never too successful, though they tried to find a niche in some of the smaller sports. The checklist can be seen on the back of the box, scanned above. As you can see, most sports celebrities who were famous in America or worldwide were included in this 1993 set. If the printing quality was better, this would have been a great set of its time, with full-bleed photos and a nothing-but-the-greatest checklist. As it stands, this set was grossly overproduced and can be found on the cheap. I picked up the set for a dollar last month.

Still, it's better than Goodwin Champions, right? At least they used game photos.
at 2:00 AM