Is It Junk-Wax? A reply. 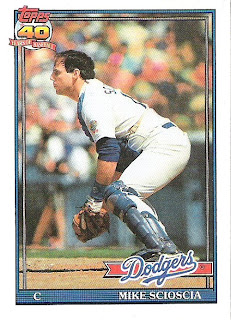 I started writing a comment to Sewingmachineguy about his recent post, and it's kind of grew to a full-out article. So I've moved my response below and expanded it a bit more.


I consider "junk wax" to be basically '86-92, because if you look at the '93+ cards, there was a change from cheap cardboard and serious overproduction to higher quality card stock and design (foil printing, gloss, thicker stock, better photography, etc) and an increase in added value (insert sets, mainly, with the beginnings of inserted autographs and relics). 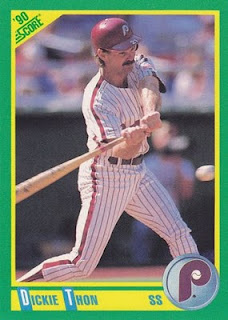 And even with stuff like '88-'90 Donruss, there are people who want that product. Colbey mentioned kids buying cheap packs, and a $5 case of rack packs. There really aren't any players left on the field from that era but kids can learn a little bit of their favorite team's heritage, and have a cheap way to be introduced to the hobby or build their collection. And while it is overproduced, there are new collectors who will want to collect it, and it does have a place in the history of the hobby. 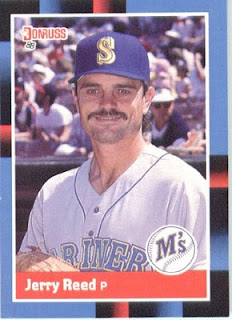 I remember some time around 1992 or 1993 I took a bunch of photos (which I don't think I have any more, certainly not here with me) of my 1990 Topps extras. I scattered them around one of the family pets for some shots (the theme was "everybody's collecting them!"), and then gathered them up with the title card, arranged them nicely in the fireplace, and proceeded to replicate the fire scene from Gone With The Wind. But that was for fun, and it was a fairly small stack. I love the video on how to deal with junk wax, and in the name of art that video is great. I have to agree with Colbey on a couple more of his statements. First, I have a very hard time locating some of the cards of the "junk wax" era - actually, many specific cards made after 1985. People either think they're worth much more than they are, or not worth the time to sell at all. Second, I have a *ton* of cards to get rid of. Almost my entire childhood collection, actually. Because I collected everything, and now I collect a little of everything, there are some cards that I just don't want anymore. Plus, after about 1994, I stopped getting rid of my extras - I had no time or means to do so. So there are thousands of cards sitting in boxes that I've not wanted for over 15 years.

Once I finally get those cards back into my possession, I'll offer a lot of it up as trade bait. But I know there's a lot of "junk wax" there, especially 1990 Donruss. Will I burn it? Probably not. I think it can be used instead for donation or an art project or two I have in mind.

By the way, I am looking for some junk wax issues. Check my want lists for sets, and check with me on oddball issues.
at 5:26 PM