I'm working on a bunch of posts. I have two large trades and one smaller one to report on, some recent eBay grabs, pack busts, and some other topics to blog about, and I have several trades to respond to. But I want to say Happy Opening Day to everyone! (Again, I guess, with my post this morning.) And while my Giants lost today, I offer this: 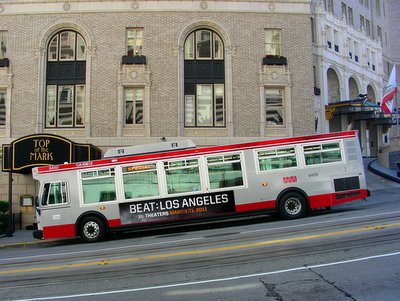 Tomorrow I head across the bay to see the A's take on the Mariners. Last time I saw a regular season game in Oakland, it was the A's vs. Mariners right before the 2007 All-Star break. Ichiro scored and was standing around home plate as the play continued, the ball got away from the catcher and ended up under his feet. The catcher pushed him out of the way, and a big bench-clearing fight ensued. I was in the sixth row right behind home plate and got to see my first big brawl up close. A short summary is here. I also caught a pretty well-hit home run ball during BP from someone on the Mariners (no idea who).

I'll be bringing my camera and taking some pictures - not sure if I'll be able to get any action shots but I'll sure be trying. I have okay seats.
at 9:45 PM