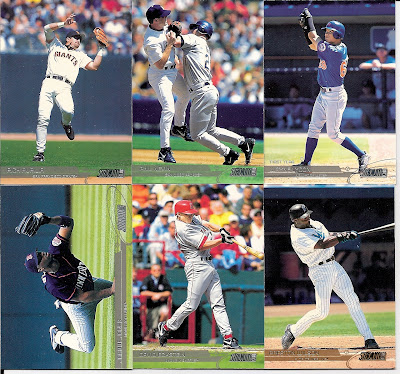 Wayne Lydon FY, Preston Wilson gold. More great photography, with Rich Aurilia bending over backwards, and Phil Nevin getting beat down like a catcher. The Jacque Jones photo was taken after the catch, but still nice. 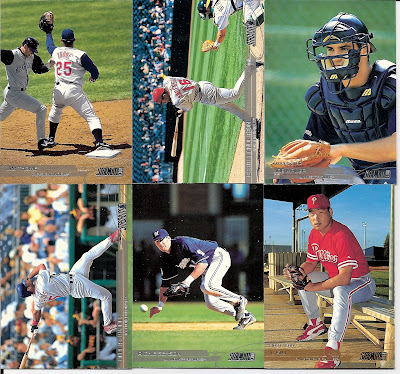 Joe Mauer FS, Il Kim FY gold. What happened to the first base foul line? Looks like it's been worn out by the time this photo was taken. How much better would that image be if it had been taken from the other side? Or maybe not. And those Garret Anderson and Albert Pujols shots are great. Joe Mauer's card is just great photography. Rarely do you have such a crisp closeup of a catcher in his gear where you can see so much of his face.
at 12:44 PM