Continuing with 2003 Stadium Club. The names on these card can be a little hard to read since they're in such small print using foil, but the point of Stadium Club is to focus on photography. 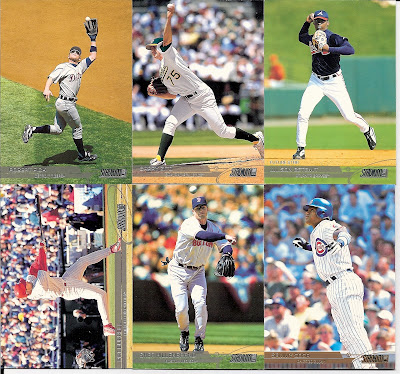 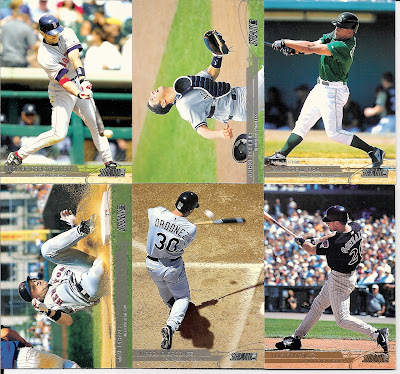 Carl Crawford FS, Luis Gonzalez gold. This is a pack with some really awesome photos. Nomar is in the process of a stinging hit off the end of the bat, Posada's helmet is flying to the ground as he centers on a foul popup, Piazza looks like he's really busting his butt, Magglio is hitting a shot down the line.
at 12:33 PM