I've been saving this post for a while. Today I head down to the greater LA area for a road trip. I'll be seeing many of the sights and going to ballgames in eight or nine different parks (San Diego is the iffy). Of course, I'll be needing tickets to get into the stadium. So in honor of that trip, I'm posting some pack busts of 2009 Topps Ticket to Stardom and 2003 Stadium Club! Clever, huh?! I'll post two packs at a time. I've got 10 packs of Ticket to Stardom and 20 packs of Stadium Club (if I can count right).

Let us begin! We'll start with Ticket to Stardom. These were value packs at Target. I'm not expecting any hits but hopefully I'll get some decent inserts. 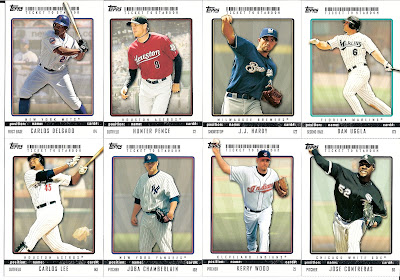 Jose Contreras is the crinkle cut. Not a great pack. 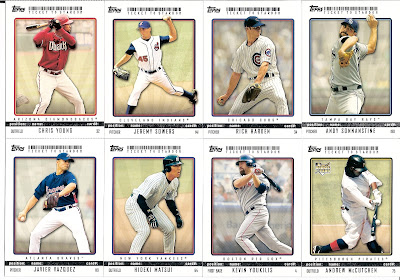 Chris Young is the crinkle cut (this time you can kind of tell). Again, not a great selection here, but that Andrew McCutchen picture is awesome. You'll probably see that again sometime in the future.
at 11:46 AM