These Baseball Cards are Special 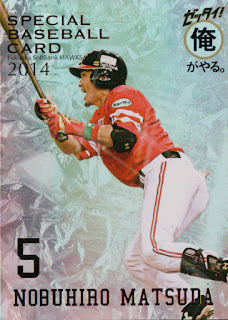 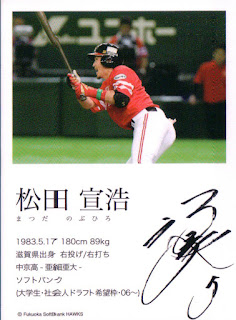 What is this, exactly? Well, reading the English it's a 2014 card of a Hawks player, Nobuhiro Matsuda. The "Special Baseball Card" indicates something, well, not normal. And there is a Hawks copyright on the back, with no other copyrights. 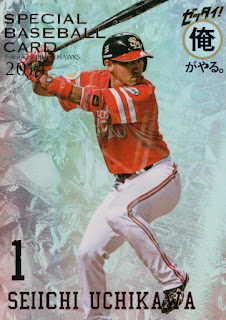 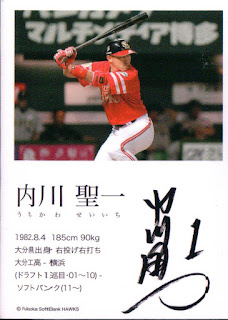 Here's another card, again. The Japanese text on the front says "ゼッタイ俺がやる" which read together basically means "I'm gonna do it!" 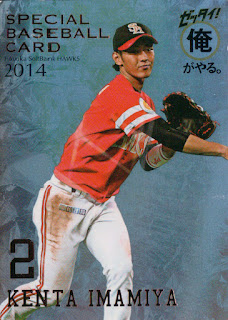 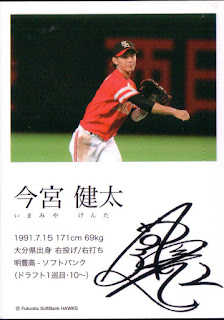 These three cards are team issued cards of the Hawks from 2014. I don't know how they were distributed, but were possibly given out to fan club members or season ticket holders. They're shiny foil on the front; it doesn't show right in the scan but "Special Baseball Card" and the player's name and jersey number is in gold foil. The backs reuse the front photo along with very basic information and a facsimile signature.

The cards originally came in red foil resealable packs with the Hawks logo on the front. Based on a prior purchase I'm guessing three cards came per pack. 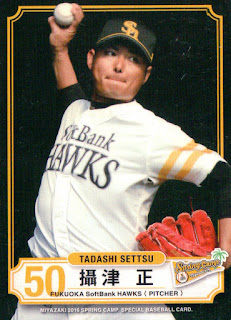 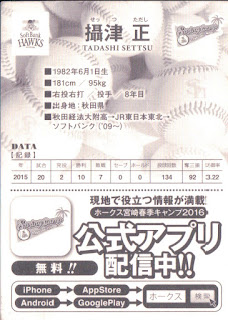 How about one more? This has a little bit more information: Miyazaki 2016 Spring Camp Special Baseball Card. So it was probably a stadium giveaway or sold at spring training last year. The backs are just black and white with and advertisement for a Hawks app.

These are more YJA cards. The three cards from 2014 each had a duplicate in a lot of six, while the 2016 card was a separate bundled purchase. Unfortunately, the cards aren't in the best condition, though that doesn't show in the scan since it's basically the borders/corners. They're manageable, and for the price I paid I can't really complain.
at 3:00 AM