Perfect games don't come easy. In the US, 23 pitchers (21 under modern rules) have the honor of having pitched a perfect game. Interestingly enough, ten of those have happened since the last perfect game in the NPB. 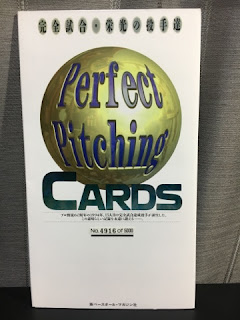 Much like the No-Hitters set BBM issued in 2012, the Perfect Pitching set came on the heels of what remains the last recognized NPB perfect game. Hiromi Makihara of the Yomiuri Giants beat the Hiroshima Carp 6-0, striking out seven batters on May 18, 1994. 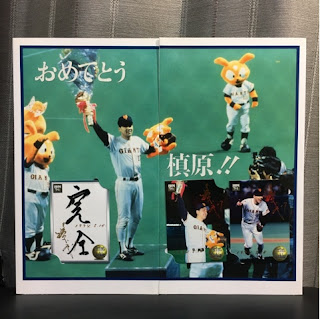 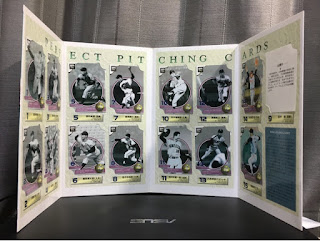 Inside are cards for all fifteen perfect games thrown in the NPB. On the far right, a placeholder (really just a sheet of paper) is included for Tsutomu Tanaka, for whom BBM could not get the rights. 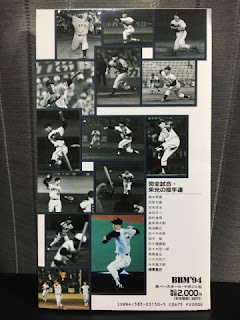 The back includes the photos found on the card fronts. You can see the original retail price was 2000 yen.

I initially bought this set with the intention of using one card for my type collection and a couple cards for other collections. However, since it came complete in this nice folder, I haven't broken it up. I'll have to stay on the lookout for singles or another set. (And a real card of Tsutomu Tanaka, who apparently only appears on a Kabaya-Leaf card.)
at 3:00 AM