I recently passed my five year anniversary of living in Japan, and that means I'm somewhere around my five year anniversary of buying cards in Japan. One of the first card purchases I made was with Zippy Zappy, back when he was living here. We went to a shop called Card Fanatic in Shibuya, and while he drooled over US cards and boxes, I explored the stacks of Japanese baseball cards.

I came home with a bunch of singles for my new type collection, and my first lesson in card shopping in Japan: cards are expensive here. At the cheapest shops, singles were 30 yen (about 30 cents) each. Now, there's only one shop I know of with 30 yen singles; the cheapest in Tokyo is 40 yen. The corporate Mint card shops all charge 100 yen at a minimum for commons. I will add that those shops give a discount for larger purchases, up to 30% for purchases of 30 cards or more. That's still 70 yen for commons. 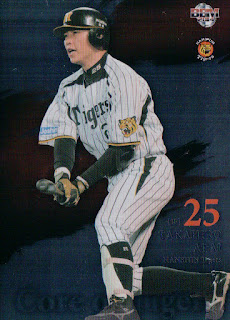 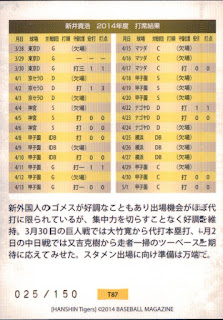 A couple card shops sell inserts at "reasonable" rates - that is, starting at 200 yen each. Most start at 300 yen. And numbered parallels are at least 500 yen at the cheapest stores. Common autographs - and there are a lot these days, generally start at 1000 yen, but you can find them for 600 yen if you go to the right shops. Relics are pretty uncommon here, so those, too, start around 1000 yen, sometimes higher. 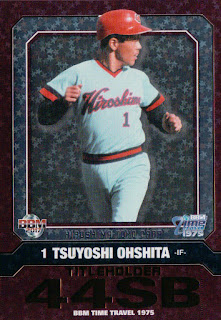 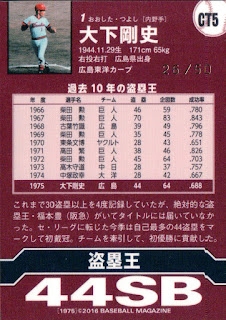 I've been to several card shows in Japan now, too. There is one collector's show, but it seems to be really off-the-grid. I've managed to get to only one of them, it's small, and thus selection was hit-or-miss. I can't really judge it yet but I would like to see another for comparison. Most shows, instead, are organized by and for card shops. Yes, the stores themselves pack up a bunch of their stuff, drag it to another building, and sell cards at shows. I doubt I've seen more than five tables in total that were run by someone other than a shop owner after attending around a dozen shows.

Some cards are priced at regular retail, though most shops offer some sort of show discount. But generally, prices are still high - common set singles from 50 yen (occasionally 30 yen), inserts start at 100 yen (the usual 200-300 yen for this year's cards), and parallels and autographs tend to start around 500 yen. There are 100 yen boxes where decent deals can be found, and I've occasionally had a great find in a "discount" box. But still, prices aren't anywhere near US dime boxes. (Oh, how I miss those dime boxes.) 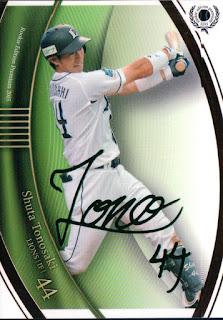 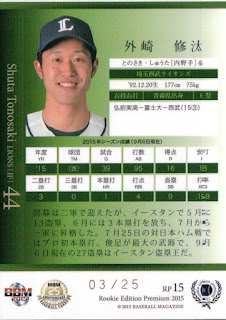 Over the past couple of years, I've done a lot of Yahoo Japan Auctions shopping. There are stores on there, too, and some stuff is priced at retail. It's just like eBay in that regard. But there are also part-time dealers and collectors selling things off, and awesome finds can be had. The collectors know that YJA exists, and high-value cards don't usually slip by cheap. But there are always 10 yen cards listed (not many, but at least they exist). Occasional inserts at 30 yen, and serial numbered parallels starting at 100. 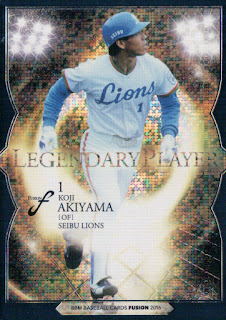 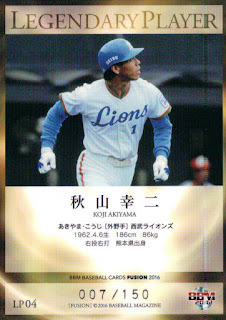 Today's cards all came from one seller, and all of these cards are serial numbered. And they all cost 100 yen each. If it wasn't for deals like these, my type collection would be incredibly stagnant! I still go to the stores for most of my cards, but filling in the gaps is much easier now thanks to YJA.

By the way, some of you already know that there are proxy services to buy from YJA while living in the States, though they aren't cheap. If you do live in Japan, setting up an account is a must, and no credit card is necessary - in the past I paid using the Japan Post Bank, and Yahoo now has a free easy payment service where you can pay at convenience stores in cash!
at 3:00 AM