BBM abandoned its Historic Collection series this year to try something new. Perhaps they ran out of topics for the series; I liked the themes, which ranged from greatest sluggers or pitchers, to hometowns, to jersey numbers. However, execution has rarely been a strong point of BBM's card design department. Ballpark Stories was a missed opportunity to include cards of Japan's storied (and mostly undocumented) stadiums. And Memories of Uniform had photos where you couldn't see the uniform at all!

Time Travel 1975 looks back at players from the 1975 season through cardboard. 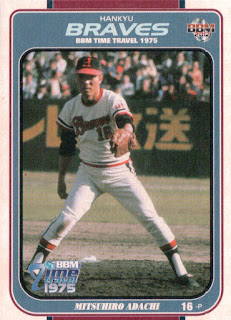 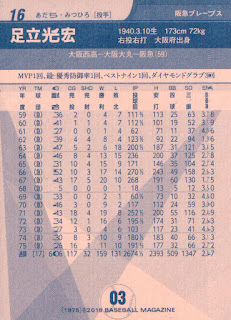 The first, amazing thing I noticed was the card stock. BBM went for vintage-style stock with a matte finish! The design is even reminiscent of 1970s/1980s cardboard. The backs feature career statistics in a vertical format that reminds me of 1980s Fleer, using one ink color (blue throughout). Card numbers are in big baseballs at the bottom of the backs for regular cards.

Japan Series teams Braves and Carp receive 12 cards each in the set, while other teams get six cards each. 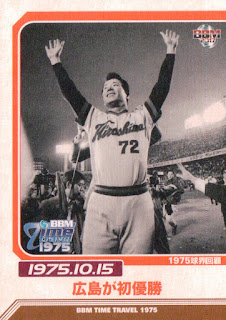 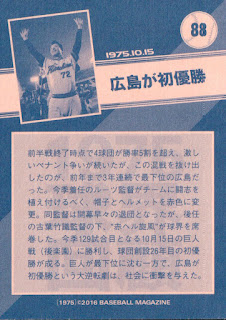 The first subset is season highlights (#85-90), with a photo from an event and a write-up on the back. The card numbers are at the top right. 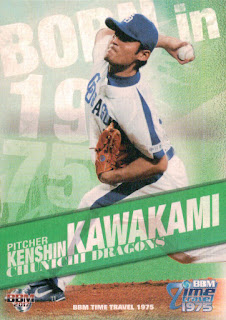 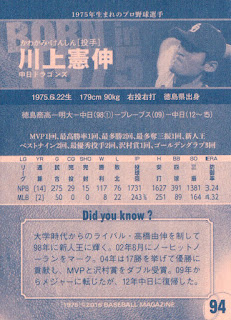 Born In 1975 (#91-96) has just a few cards of players who were born in 1975, if you didn't figure it out already. The fronts have a more modern, BBM feel to them with a background behind the player photo instead of the photo's background, and a big banner across the front. The backs are also more modern-style, with single-line career statistics (Kawakami had MLB experience which receives a separate line). The photo from the front is carried over to the backs as well, and card numbers are crammed in the lower-right corner. This series has a "Did you know?" blurb to fill the space below the one or two stat lines. 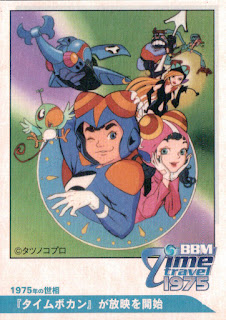 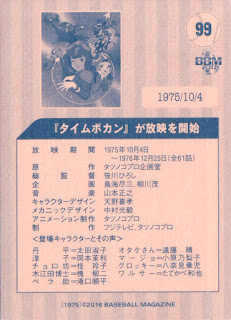 With only three cards (#97-99), the Pop Culture subset feels almost like an afterthought. The cards not shown here are of the Super Sentai (Go Ranger, technically) (which would eventually come to the US as the Power Rangers) and Hiromi Iwasaki, a pop singer from that era. 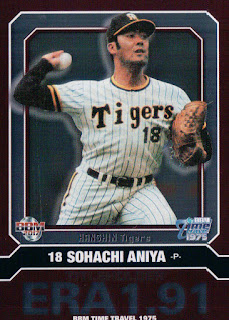 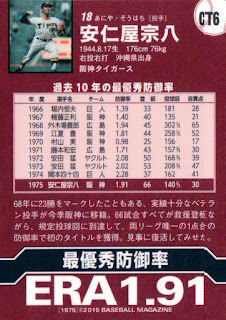 Two inserts are included. The first is Central League Title Holders, at nine cards. These have a vertical format and red background.

Parallels of both Title Holders sets are available numbered to 200 and numbered to 50. They have a hologram foil effect, though I can't see any difference between the two versions yet other than serial numbering.

There are two formats of autographed cards randomly inserted. Horizontal signatures have 69 subjects, including Go Rangers and Iwasaki, with print runs between 25 and 90 (5539 total). The design has a retro feel, like the base set.

Fourteen signers have vertical autograph cards, with print runs of only 5-15 cards (185 total). These autographs are similar to the Title Holders inserts, with a modern feel.

I love the vintage card stock and concept of the Time Travel series. I like it so much that I have the mini-master set already. Add this to the list of BBM successes, and I hope it continues longer than BBM's last vintage-style run (the Achievement series, which was spread out over four team box sets).
at 3:00 AM