I think I used to many plurals in my title.

All of the cards below came in some recent pickups from YJA. First is this card: 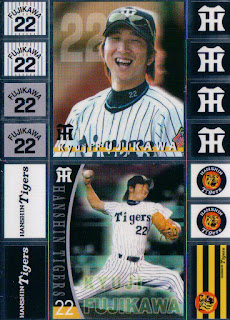 Bumping off yesterday's sticker cards, this standard-sized card is actually a bunch of tiny stickers. Each of the little squares and rectangles is a separate sticker. These were issued in Lotte Gum packs in 2006, similar to the 2016 gum cards I have yet to post on. I now have a full set, though one of those cards is missing a sticker, so I will eventually replace it.

Lotte's gum cards are preceded by Kanebo. They have a few sets under their belt, but in 2002 they partnered with MLB to bring various products to Japan using Major League logos. This card has, well, MLB team logos: 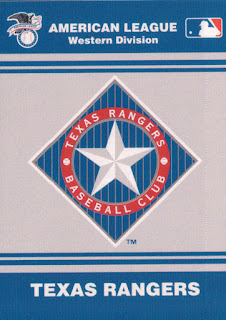 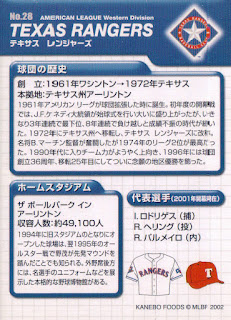 The fronts have the team logo and division, while the back has some team history, stadium information, popular players, and images of their jersey and caps. 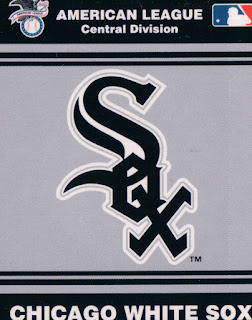 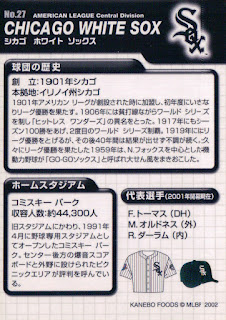 There are thirty cards in a full set, but not all thirty teams are represented. 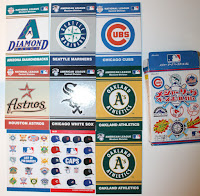 I have found the above images from an (overpriced) eBay auction showing the front of the box as well as some of the cards. The thirty cards cover 27 teams (no Indians, Braves, or Pirates), as well as the NL, AL, and All-Star Game logos. Each box came with one pin and one card, though I don't know if it was a matching set. I usually see the pins but not the cards; I have several of the pins in my collection already and with this information I can eventually put together a full set of both the pins and the cards.

Next, the sausage. American card collectors could look to pizza, while here in Japan we could go for sausage. I never saw these cards in the store, but Home Run Sausage cards were issued in a couple series. I have below a homerun prize card redeemable for a binder and possibly something else. We'll have to see what comes. 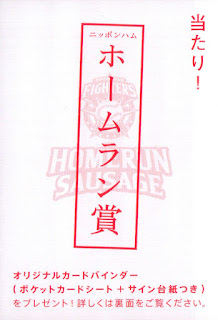 Oddly enough, there's no expiration. I'll be mailing this ASAP. 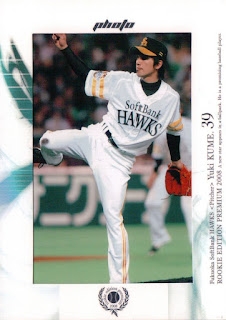 Finally, above is a photo card from BBM's 2008 Rookie Edition Premium. It was won from the same seller as the homerun card so I could save on shipping. I won a bunch more from that dealer, but you'll have to wait until tomorrow to see!
at 3:00 AM