Let's start with the pack. The black borders at the top and bottom clue English speakers into what's inside. Other important information on the front tells you they're shiny player cards with a signature design. There are 36 cards in all, with six rare cards. 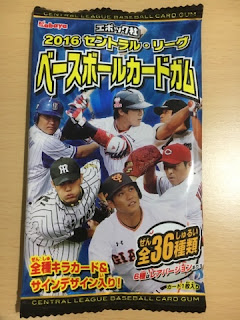 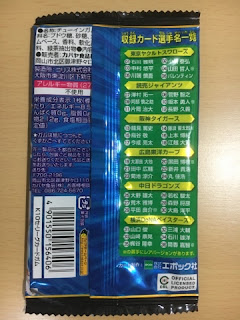 The back gives nutritional information on the left side, with a full checklist on the right. Each team has one SP'd card, designated by a star. Did I get an SP? 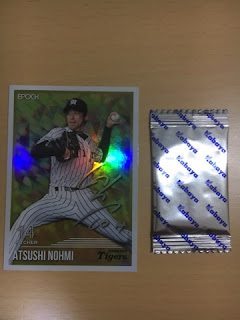 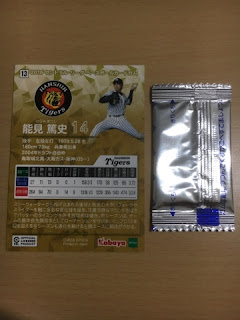 No. Atsushi Nohmi isn't exactly a high-dollar card in the set, but whatever, I opened one pack. You can see the gum package, too, completely isolated from the card. I wouldn't mind having an SP. But they carry a surprisingly high premium.

The real surprising thing here is the lack of a Pacific League version. The Central League does have a bigger collector base, but they're missing out on the Fighters and Ohtani, just to get started. While these cards were packaged to be sold at convenience stores, the only place I've ever seen packs - and still do today - are at card shops.
at 3:00 AM