Before we get to the final group of cards Zippy Zappy graciously gifted me this New Years vacation, I have to show off the non-card part of the package. 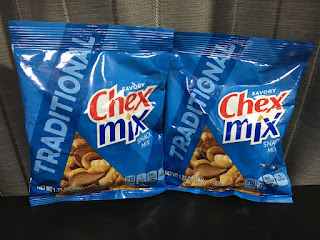 I don't think I've ever met Zippy Zappy when he doesn't have some sort of snack or candy to give me - off the top of my head, I most easily remember a bag of Funyuns chips on one occasion, and a bunch of Laffy Taffy candy on another! I have to be careful how I open these, though - random crazy parties have been known to occur just from busting a bag of Chex Mix. 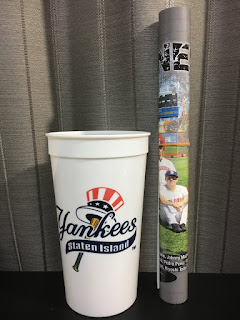 Mr. Zappy loves minor league games, as do I! That's one thing I really miss about Japan. To go off on a random tangent here, there are minor leagues in Japan but there is only one "ni-gun" team for each main NPB team. That makes 12 minor league teams in all. There are independent and industrial leagues, the women's league, and college and high school ball to watch, but those are different. That said, I hope to get to more Japanese minor league and indy games this year - and if I can see a high school game or two that might be fun. 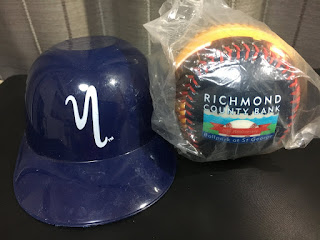 Ice cream helmets! Mmmm. Ice cream. It's seriously overpriced in Japan, just like everything else good. If you couldn't tell yet, Zippy Zappy is a Staten Island Yankees fan. Or was - we'll see what happens now that Luis Torrens is out of the Yankees farm system. I hope he sticks with them, though. 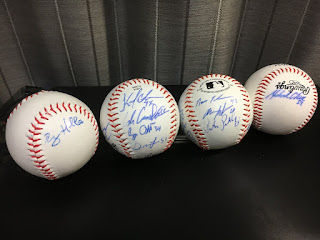 Oh, yeah, there were four autographed baseballs in that bag. Actually, I don't know who any of these guys are, but that doesn't matter. Signed baseballs are awesome. 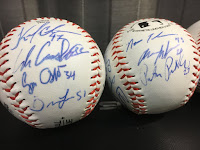 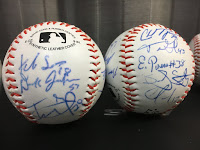 When I was a kid playing little league baseball, we went to a San Jose Giants game with a baseball clinic before the game in the afternoon. We went down on the field and practiced with the pros, and got a few autographs as well. I managed to snag a game ball, too, and after the game waited outside of the locker room for more autographs. A couple of those players went to the majors.

Unfortunately, when I was in college, I cleared out a bunch of baseball stuff on eBay, and that included my game balls from Atlanta Braves games and those autographed San Jose Giants balls. The story about Mom throwing kids' cards out? I did it to myself. 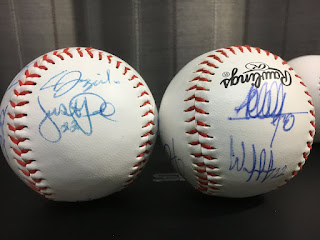 So while I don't know these guys, the balls are a nice addition to my souvenir collection, and a really good reminder of what I lost 20 years ago. 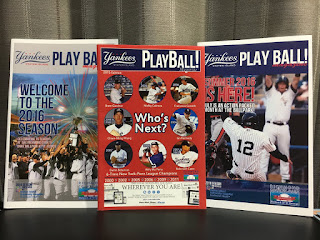 One thing I don't get to do very often is thumb through baseball programs. This is a nice fun touch! 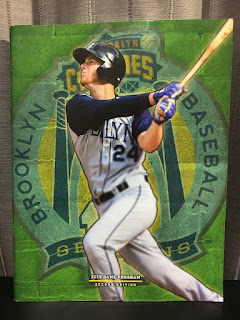 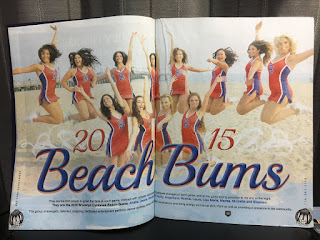 This Brooklyn Cyclones program has a great feature article inside. I definitely read every word. Yep. 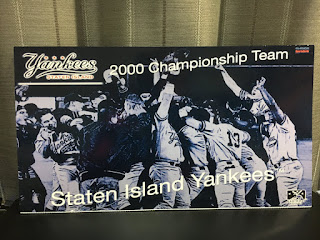 The last non-card item is actually cards - this is an uncut sheet of 2000 SI Yankees players from a stadium giveaway. I asked Zippy Zappy to hold an extra one if he had it, and... he had it. 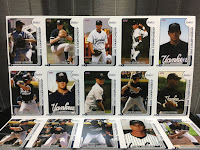 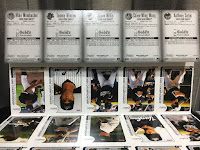 You can enlarge the photos if you want to see the cards, front and back. Similar to what I said yesterday, promotions like this with free cards are great ways to introduce kids to card collecting! 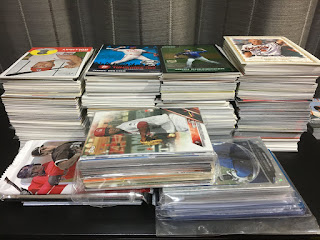 So now that I've shown you almost everything, here's a picture of the cards you've seen so far. As you can tell, a lot of cards didn't make the cut. But I have one more post for you from the Zippy Zappy Lucky Bag. You'll see what it is next time! Until then...
at 3:00 AM