We've finally reached the end! It took six posts - almost a whole week - to give just a sample of what was inside, from 1988 Score to Buck Farmer autographs numbered out of 75 to baseballs with multiple signatures. So what could be so special that I'd save it until the end? 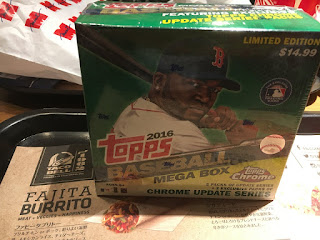 A retail Topps Update Mega Box. Huh? Why's that special? It's really fun to bust open packs, and I don't do much of that in Japan. I believe I opened maybe three packs last year. So when Zippy Zappy and I stopped for dinner at Taco Bell, I had to open it.

Speaking of Taco Bell, the Japanese version is a little more upscale than the usual fare found in the US. It's not fine dining, but there is an improvement in quality. I had the fajita quesadilla, which was very tasty. It came with a side; I ended up with the french fries even though I asked for chips. And the fries weren't that good. But, again, the quesadilla was great. 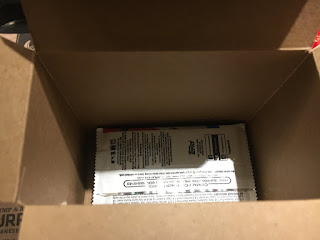 This is a box that has so much empty space I could have fit half of an Allen & Ginter set inside. At the bottom there are five packs of Topps Update and two special Topps Chrome Update packs. I'm not showing all the cards, but just the ones that are noteworthy for me.

One of my former students (here in Japan) loves Corey Seager. I know where that card's going. The Tazawa can go in my Japanese MLB player collection. Does Matt Bowman have any Bowman cards? That's the only reason I scanned that card. To make that bad reference.

But Ichiro and Altuve aren't bad. That Ichiro is a $3+ card here for some reason.

Just a small sampling. But I can take this opportunity to say how much I love the First Pitch series. Please, Topps, keep it up!

Three good names. You know where the Seager is going, and Posey's one of my player collections. 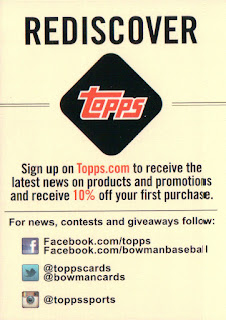 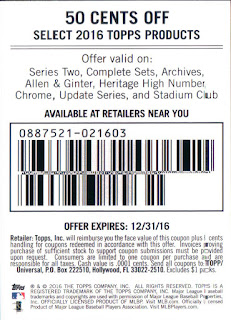 Yeah, uh, this offer expired before I even opened the box. Topps, you should have made the expiration date a little later to account for Christmas presents. Not that I'd be able to use this card anyway, but for other people, that's cutting it close.

I remember Frenchy as a rookie. It's good to see him end up back on the Braves.

That Stan Musial card is the redeeming card in an otherwise bland pack.

This pack had two non-regular cards: Cano as a gold parallel...

...and Craig Biggio as a 3000 Hits Club insert. That Jake Arrieta No-Hitter card is a good highlights addition to the Update series.

Now for the Chrome.

Three regular cards, but that means one can go into my type collection. 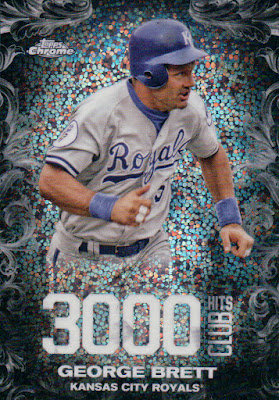 Now that's a good pull - getting anything but base in these Chrome packs seems rare based on the odds.

So, pack two should be boring: 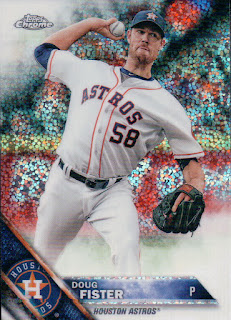 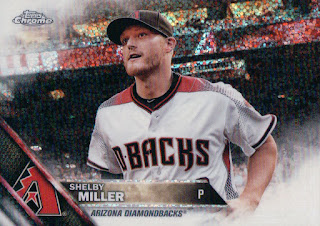 Two pitchers with names I could make fun of one way or another.

Wait, what's this? Something a bit thicker in the pack? 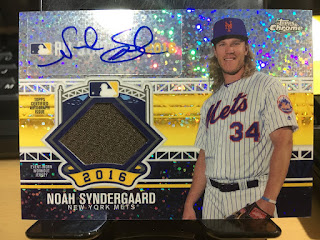 "Bam." Which is what I said when I saw this card. Jersey autograph hit from a retail box! 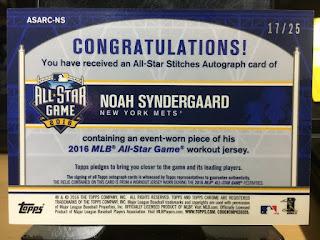 And it's numbered out of 25! The odds are something like 1:500, not terribly tough, but I certainly beat the odds with this box.

Zippy Zappy put together an awesome package, and having this box to bust (with or without that great hit) made it that much more fun in person! As always, I get the better end of the deal, and I always feel bad about it. But I'm always happy to see him and talk shop as we jump from store to store around Tokyo! Come back to Japan soon, and thank you again for your generous Zippy Zapping!
at 3:00 AM