I love reading. I guess that's obvious from the fact that I blog - reading and writing go together quite well. I suppose my love of movies should have spurred an interest in making YouTube videos by now, but for now, I'll stay behind the keyboard, not in front of the camera.

I really haven't had much time for books, though reading blogs and online articles has kept me active. When I went back to the US about a year ago, I found a few more books to add to my collection, but they didn't make the trip with me back to Japan.

That's okay, because I've had several books waiting here. I've started a couple and never got through them all, but that didn't stop me from picking up a few more over the New Years holidays. 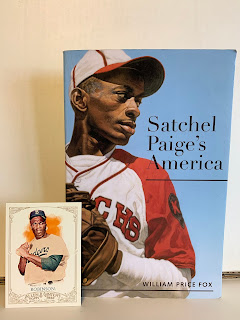 On my long (four hour) train ride to Akita in early December, I finally finished this book. Satchel Paige's America follows Paige around for a few days long after he left the MLB, but while he was still barnstorming. It's an interesting look into his mind, as it's mostly relaying Paige's stories via interview. 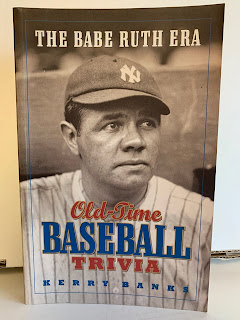 I didn't have another book to read when I returned home for the vacation, but I grabbed a couple to read this month. Old Time Baseball Trivia is a simple trivia book I picked up at an independent bookstore in Tokyo earlier this month. I didn't really look too much into what was inside the book; about half of the pages are trivia questions (generally multiple choice, sometimes matching or true-false). The other half are the answers and the stories behind the events. It spans The Babe Ruth Era, as you could possibly tell by looking at the top of the book cover, so there are several questions about Ruth and the Yankees, but there are also interesting questions about more-obscure records and players during World War II.

I managed to finish this book in less than three hours, cover to cover. And that included some pauses to have my light dinner, do a little internet searching based on what I read, and just take a couple breaks to rest my eyes. My knowledge of pre-Mantle baseball is limited, but I still did better than I thought when answering the questions.

The book offers up some interesting tidbits, and it's provided some ideas for posts or even a topical trading card set or collection. So while it went by quick just reading the book, I'll probably go back through in more detail later. 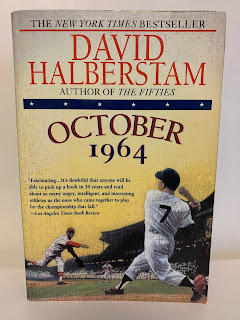 I've had October 1964 for a long time. I think I bought this book about five years ago at a used book store in Tokyo. I carried it with me to Sapporo in 2018 but never cracked it open. I will finally start reading it in a couple weeks when I have yet another four hour train ride. 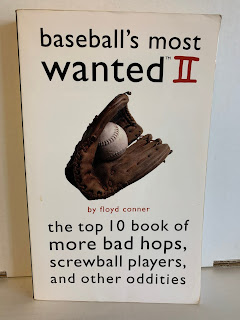 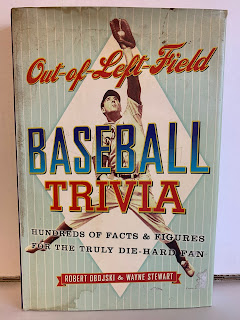 Over the holidays, I bought a total of eight new baseball books. These two trivia books will probably bring me as much enjoyment as the Old Time Baseball Trivia book above; I'll probably be able to read through them pretty quickly, but go back and really look into the stories in the future. I left them in Tokyo, but at least one of these will join me on my next trip. 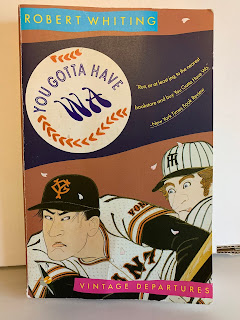 I just happened to see You Gotta Have Wa sitting on the shelf. It's a baseball book, but it's more about Japanese culture and how it applies to baseball in this country, so it was actually filed in the "Japan culture" section. The book originally came out in 1989, and Japan has changed a lot since then. But when I finally get to read it, I'm sure I'll be able to relate. I was surprised to find I hadn't picked it up until now. 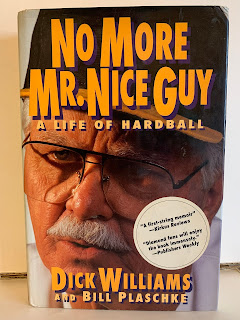 Dick Williams was before my time, but No More Mr. Nice Guy promises to have candid stories about baseball players before the steroid era. I originally wasn't going to buy it, but the price was right, and I had been shut out on baseball books at the prior two stores I had visited. Based on the reviews I've seen, I made a good purchase. Only time will tell. 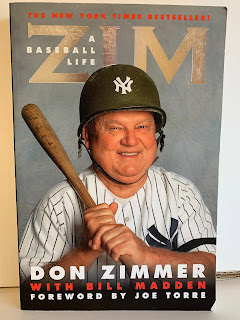 Oddly enough, I bought two managerial biographies. Don Zimmer gets to tell his stories in Zim: A Baseball Life. Looking at the cover, you wouldn't expect much, but again the reviews point to a decent read. 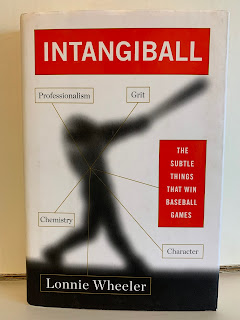 I enjoyed the movie Moneyball, though I've yet to read the book. Moneyball is about statistics helping to build the best team. Intangiball is the response to that - things outside of numbers that can influence a team. If Moneyball is progressive, Intangiball is conservative. Moneyball talks about measurable things - statistics. Intangiball gives anecdotal evidence - intangible, unproven happenstances. I have lower expectations for this book than the others, but if nothing else it'll give me something to think about. Let's see if I can finish it, huh? This was another book I found at a price too good to pass up. 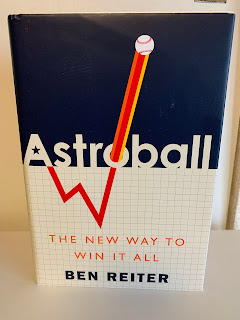 Finally, Astroball. Where Intangiball seems to be the argument against Moneyball, Astroball seems to be the true sequel to Moneyball. But again, we shall see. The book focuses on how the Astros put together a World Series-caliber team. Since it was published in the summer of 2018, given some recent accusations, I'm not sure how accurate it will be. But it should make for a good read anyway; it has very high reviews overall.

Those are 10 books currently in my library, but I must have at least 150 baseball books at this point. I haven't read most of the books I have, I think, because while I pick up books as I can, I just don't read as much as I'd like.

Perhaps I can change that this year. Okay, new goal decided right now: read at least one book a month. I guess that trivia book counts, since I read it a week ago; one down, eleven (or more) to go. Mickey Mantle, here I come...

Are you reading any baseball books right now?
at 7:00 AM