2020 in Foresight: Goals for the Year

Last year, I had fourteen goals. I feel like I did pretty good with them, but let's see what I want to accomplish in 2020.

The first seven goals are continuations of last year's lists: 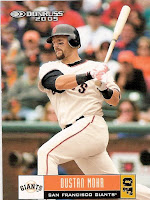 1. Get the Donruss 2004 set. This will give me all of the flagship sets for Topps, Donruss, Fleer, Score, and Upper Deck - all of the major manufacturers - from my birth year to present. Panini doesn't have a flagship set in my mind, but I continue to pick up their annual Donruss offering. I just picked up the '05 Donruss and Fleer Tradition sets, and now the wait is on.

2. Get my wantlist down to 80 sets. Carrying this over from last year, I am continuing to work on finishing off all of those old sets, some of which I've been trying to complete for over 15 years. But that does mean that many are very close to completion, so I should have some success this year!

3. Finish my Pokemon card collection. I'm three away, not counting the newest generation. I'll also start on the new generation.

4. Get at least 25 minis for the Frankenset collection. Finding minis in Japan is pretty difficult, mainly because it's so hard to find US card singles. I now need 124, so that would get me down below 100.

5. Once again, try to get team cards for World Series and Japan Series teams. Or I'll make my own. I really want to pare down my want lists.

6. Order MiLB and non-sport cards. This is another carry-over from last year to knock some sets and singles off my want list.

7. Organize and label my Japan Type Collection. This will happen if I'm actually home. It really needs to happen! It's been about five years since I last printed labels.

And continuing with goals and projects for 2020:

8. Reformat my Japan Singles Collection spreadsheet. It's messy, and the cards are unsorted as well. It's not such a long spreadsheet, but if I wait much longer it might get unwieldy. Also reform the complete set list, and fix my Owner's League listings in my type collection.

9. Merge some of my spreadsheet files together. I deliberately pulled some out last year, but I want to combine some of the other sheets into one, or into existing sheets. Switching from file to file is more difficult in Google Sheets than going from sheet to sheet in the same document.

10. Create/complete some custom card sets. I enjoyed making some custom cards last year, even though I haven't printed anything yet. I have a lot of ideas in my head that I think would be fun to put together, if I have the time.

11. Sort my Japanese collections. There are some Frankenset collections I've been working on, but as I've added cards, I haven't been keeping them sorted. So if I'm home enough, I want to spend some time organizing those boxes. 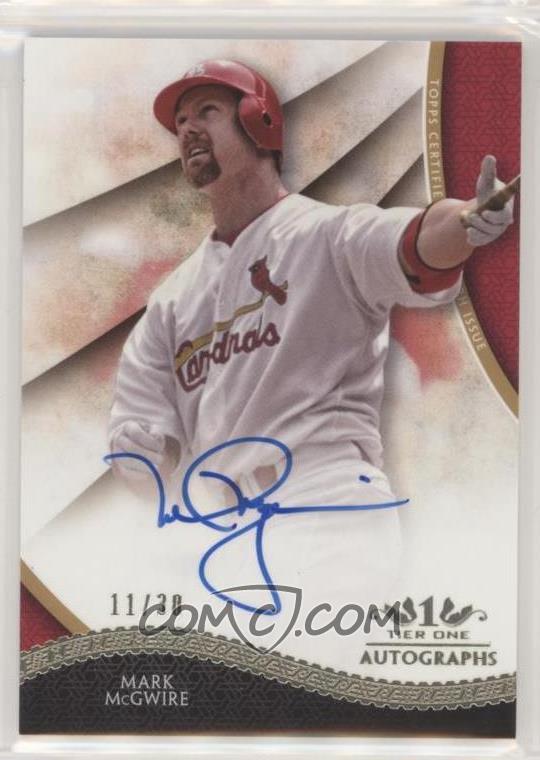 12. Clear out the clutter. I have a lot of stuff I want to keep, but there are cards and other random things taking up space in my already tiny apartment. Hopefully they can find a home.

13. Add a Mark McGwire autograph to my collection, three more figures for my player collections (I need 11 more figures), and Bartolo Colon's 2012 Topps Heritage SP card. I'd also like a Michael Jordan bat card and jersey card (or one card with both). One goal finished as I wrote this post - the card you see to the right is now in my collection!

Of the thirteen goals, seven are "shopping list" items, but only one of those seven is a new goal.

There is a fourteenth goal of sorts. I have made a to-do list of tasks which I'm going to try to complete. They're mundane things, so unlike last year I won't type them out, but if anything interesting happens with them I'll be sure to share. And this list is sort of a work-in-progress anyway, so additional tasks could get added in.

Last year was pretty successful, and I hope to make this year at least as good!