Dan sent me cards from a couple Korean sets issued last year, and here let's look at the "Premium" issue. As mentioned on NPB Card Guy's post, the set came out around August, and the premium feature is the inclusion of autographs and memorabilia.

Each team gets 22 cards spread out among the different types. However, each type doesn't have the same number of cards per team. There are no foreigners, which is usual for this set, and the entire issue is basically numbered in one run. The "Hidden Hologram" set is a parallel, though I don't have any to show you now.

There are four types aside from the parallel, and here they are: 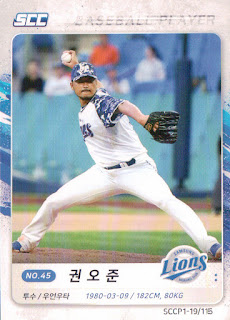 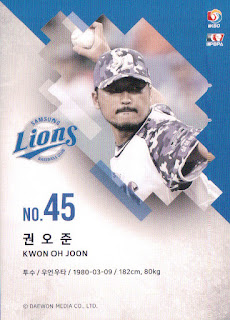 Normal cards have white borders, and are most common. 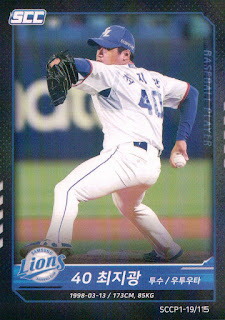 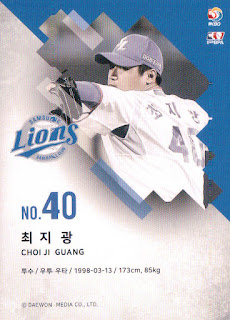 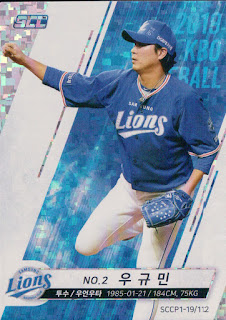 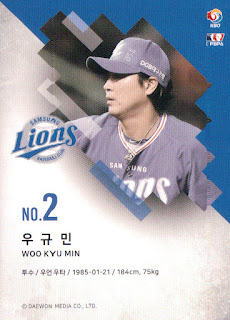 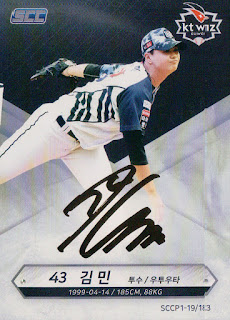 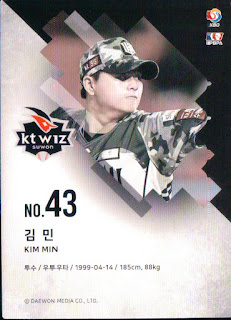 The rarest subset is Signatures, which are foil autographs.

As you can see, this set uses the back side of the card to give a second photograph. Also, these cards have the player's name in western characters, so foreign collectors can read the names much faster. However, there are no statistics on these cards.

Overall, it's not a bad set, though it reminds me of something Onyx or TriStar might release in the US.
at 7:00 AM