It's been a while since I've done one of these, since I went AWOL about nine months ago. Let's see if I can keep it up for a whole year this time, huh? 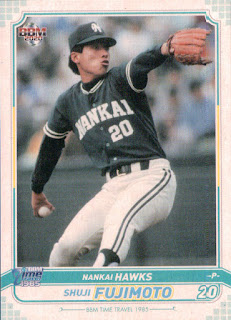 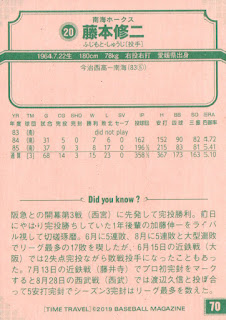 The regular base cards have stats through 1985 on the back. Fujimoto played through the 1994 season, though his card doesn't show it. 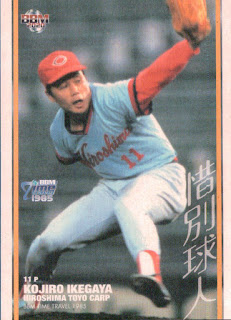 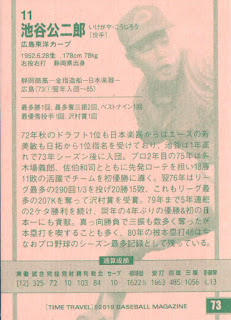 The first subset is a nine card set highlighting players who retired in 1985. Ikegaya played from 1974-1985, and his career stat line is found on the back, along with a long listing of his career accomplishments. His best season was 1976, when he won 20 games, lead the league in many categories, and received a few awards. 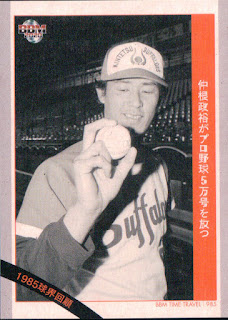 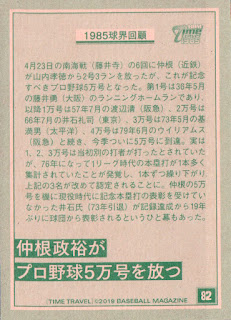 The next six cards (#82-87) highlight events throughout the season. None of them recognize any team achievements or results from the postseason. 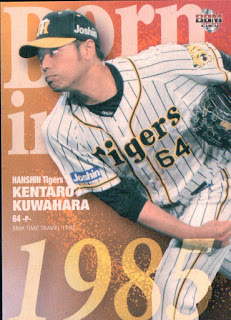 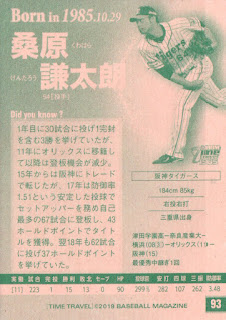 Finally, #94-97 focuses on news and pop culture in 1985, including the debut of new bullet train 100 series. The bullet train itself opened in 1964, but the 100 series brought a more aerodynamic design.

The two regular insert sets are Title Holders, featuring statistical leaders and award winners in each league. Both sets have parallels #/30.

The only premium set is the autograph set. Cards are serial-numbered up to 90 copies each. There are three non-player autographs included.
at 7:00 AM