On my first visit to Mint's CAPS location, near Nagoya Station, I found some good random cards and noted how many boxes there were strewn about full of singles to grab. I went back in November and methodically searched, box by box, for cards I needed. 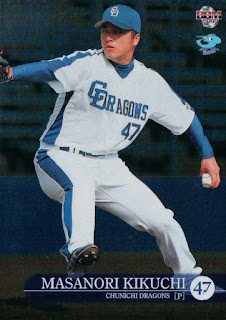 I ended up with around 200 singles, all at about 30 yen each. And I didn't even finish going through the boxes! I'm not showing all the cards here. 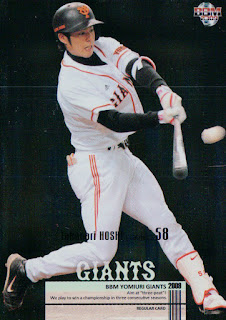 Instead, you'll get a small sampling of cards I grabbed. Several of the sets had foilboard parallels so I added those to my collection as well. 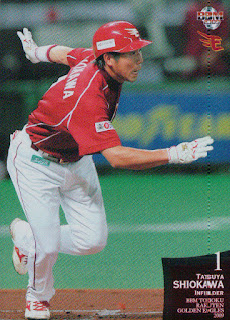 What seems like a very disorganized shop actually has a good bit of order to it. Most of the cards seem to be sorted by set and number, and BBM issues are also sorted by year. So when I found one 2004 issue, I found most of them. 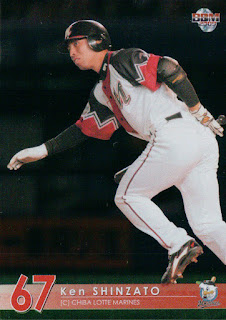 The disorganized part comes from the boxes in the middle of the store. It'll take me another visit to figure that out fully. And there are some promising boxes in this area. 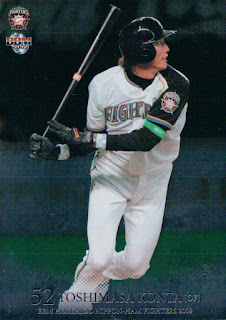 I'm not sure why BBM enjoys using photos of batters starting out of the box. Are BBM's photographers not good enough to get ball-on-bat contact shots? Are they not paying attention enough to catch a runner stealing a base or a fielder diving for a ball in the hole? 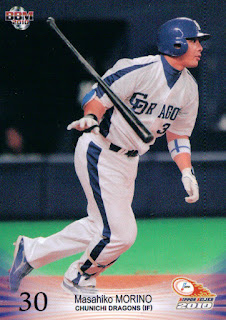 Let's throw the bat and run! 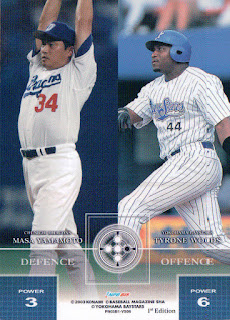 I tackled some of the boxes in the middle of the floor, and I was happy to find a bunch of gaming cards I needed. 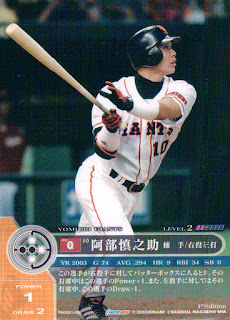 There were several years of Konami available, though I noticed that specials and inserts weren't included in any of the boxes. 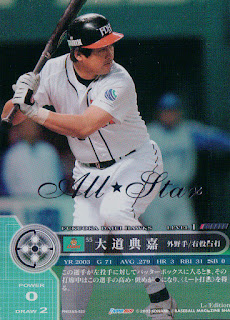 I suppose this is a special, though nowhere near as good as the limited cards I found in Ikebukuro, 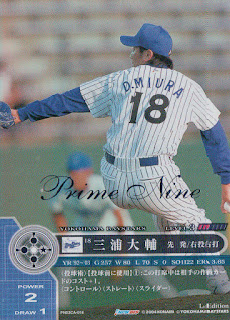 Prime Nine is the name of the set. 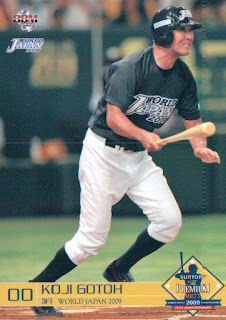 I hadn't seen any of the Suntory Dream Match set cards until recently, and between this shop and a couple more box hunting trips I've come across a bunch. Dream Match is a retired-players game that is very popular with fans - apparently a lottery is held to decide who gets tickets. 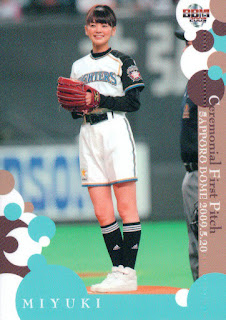 I found several more of these First Pitch subset cards. Once again, I don't know who these girls are, but I think I have a good start on putting together a collection. 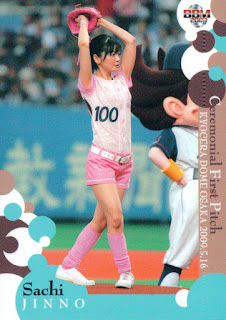 Her jersey number reminds me that Japanese minor league players have triple-digit numbers. I was watching the Japan Series and when the Yomiuri Giants ran on the field to celebrate, I saw a few players with 200-level jersey numbers. 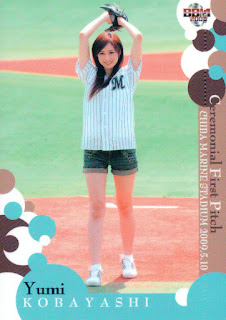 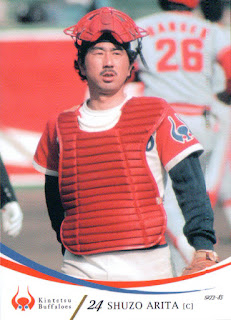 The Kintetsu Buffaloes no longer exist, and this memorial set was issued when the team was merged with the Orix BlueWave to become the Orix Buffaloes. 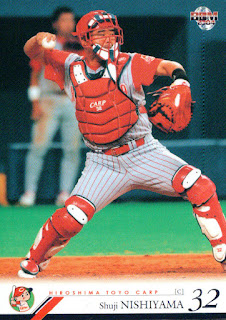 A nice tools of ignorance shot. Although it isn't a play at the plate shot. 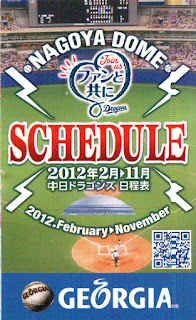 Despite it being November, and there being no more baseball, I was able to get a Nagoya Dome schedule! 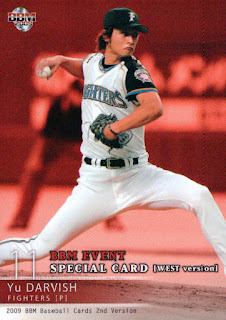 Mint CAPS doesn't have a point card. Instead, the manager tosses in some promos or something along with the order. I don't mind since I'm getting 40% off my singles by shopping here instead of at the stores that charge 50 yen per single. This is a nice Yu Darvish promo with... 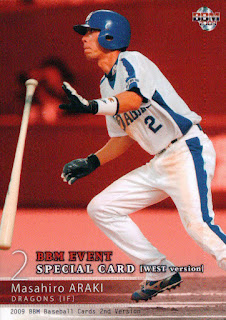 Masahiro Araki on the other side. Normally, singles like this start at 300 yen in Tokyo. 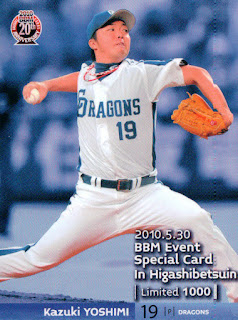 I received one of these last time I visited, so now I have 0.2% of the entire print run. 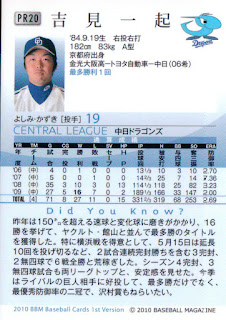 Here's the back - it's just like a regular 1st Version card except for the blue tint and card number. 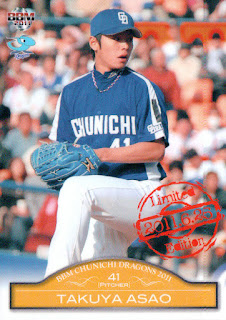 Here's another limited edition/promo card. I like this design, since it's a bit different from other BBM designs. 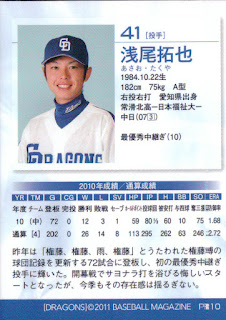 And the back is again the same except for the card number. 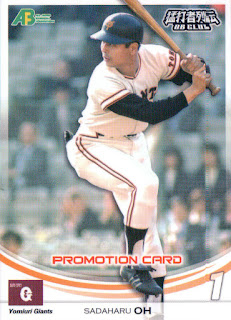 I feel like I hit the jackpot because I found three of these Oh promos in my bag. In Tokyo, these would probably cost 700-1000 yen each. 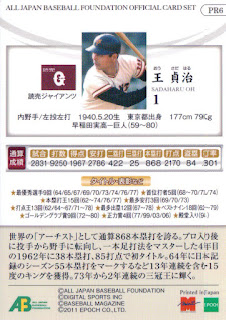 Again, the backs are nothing special from the regular issue. And while duplicates are things I usually try to avoid, my budding Japanese Awards collection calls for several Sadaharo Oh cards.

So while Mint CAPS Nagoya doesn't have tons of oddballs (yes, they have some) this store is a great place to find inexpensive singles and spend time box searching. Just remember that the cards are mostly sorted!
at 3:00 AM