Sometimes, cards just don't fit in categories. Then, you create a category called "Other" - this is that category. 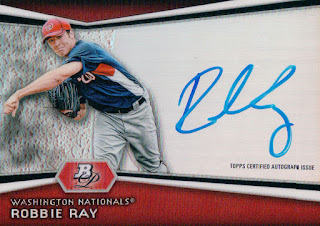 We'll start with a Bowman Platinum autograph of Robbie Ray. What a backwoods country name. He's just missing a Country Music Award... Okay, that's not his fault. And I knew a kid named Bobby Ray growing up. But then again, that was in Georgia. Hmmm.... 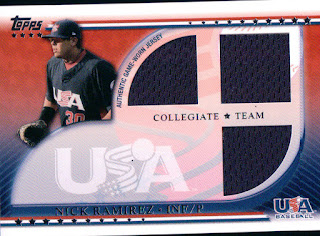 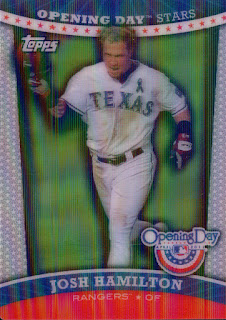 I put together my 2012 Opening Day collection mainly through packs, though I found a plate off eBay and I still need the autograph. But I no longer need the 3D card. 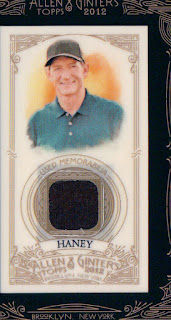 My silly scanner chopped off most of the frame on this Allen & Ginter relic card. It's too late to fix it now! 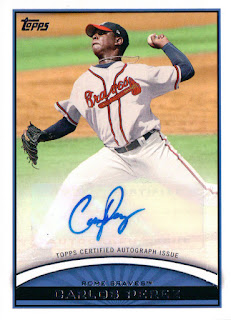 Another Braves prospect, this is Carlos Perez. He plays in Rome, where I've seen a few games. The stadium is nice, but nothing special. But I did get to see Julio Franco play before he was called up to the Braves during his last season. As one would expect, he was tearing the opposition to pieces. Carlos Perez, on the other hand, had a real tough time pitching for Rome, so he was sent to the Appalachian League, where he was fairly successful. Unfortunately, he was signed in 2008 and he can't seem to get out of the mountains. 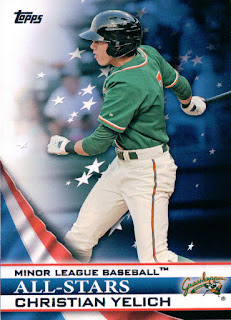 I've seen Greensboro play in person. I don't think Yelich was with the team at the time. Grasshoppers are fun. Until they bite your finger. 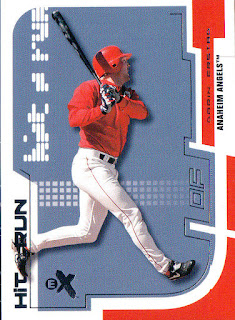 I'm not sure why I bought this card other than needing it for my type collection. It must have been really cheap. 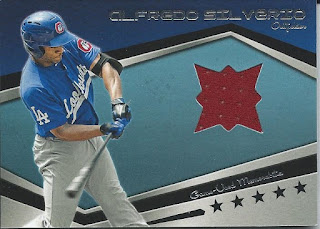 A minor league relic from the Lookouts. They play in Chattanooga, which isn't too far from where I used to live in Georgia. I liked them better in their red uniforms when they were owned by another team, because their logo uses red. It just doesn't look right in blue. 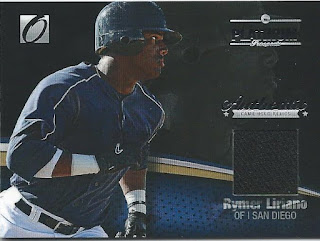 This jersey relic card of Rymer Liriano is from Onyx. It is the first and might be the only Onyx card I ever own from 2012.

Labels: Check Out My Cards