Mint Ikebukuro is my go-to store as far as new release singles comes. They have singles of every release, including the box sets, and they're pretty easy to find in the store. The store itself isn't too far of a walk from Ikebukuro Station, though Ikebukuro is about 45 minutes from my house. I try to stop by about once a month these days. These are my pickups from mid-October. 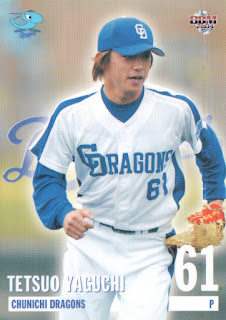 2004 isn't new release, but the store has a really good selection of older cards for set building. I needed this card for my type collection. 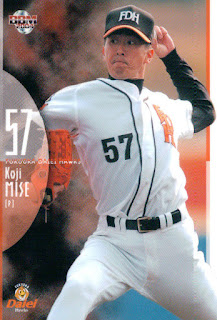 And this old card as well, back when the Hawks were owned by Daiei. 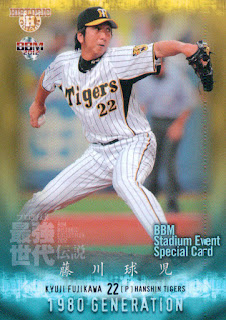 Okay, here's something new. BBM releases a bunch of special cards at stadiums and through other channels, and you'll see a couple today. 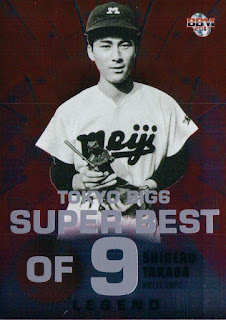 Tokyo Big6 refers to the six large university teams in the Tokyo area, and a full set devoted to the top players of these universities came out this year. This is an insert card focusing on the best player at each position. 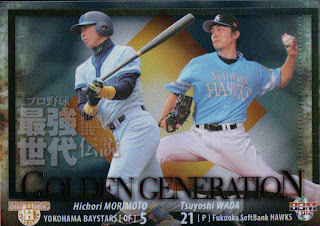 Golden Generation is an insert from this year's Historic Collection (1980s) set. 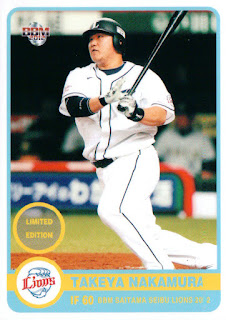 Some of the team sets have limited edition/promotional cards as well. 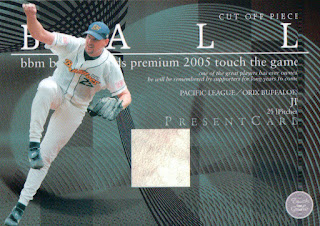 2005 BBM Touch The Game Cut Off Piece Ball. This is a "Present Card" meaning there is no actual relic included. I believe these cards are either limited inserts or were given to dealers as promos or gifts for ordering product. 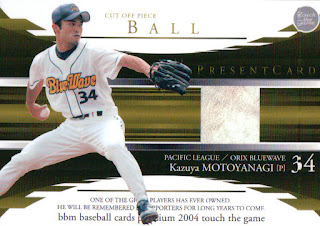 Here's another Ball card. These are much cheaper than the actual relics and serve my collection good enough. 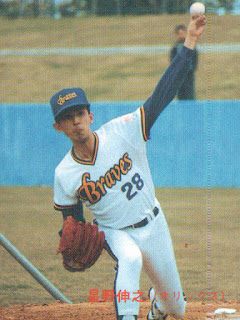 Another Calbee card is down - this is from 1989. The price was right this time. Ikebukuro's Calbee cards can be a bit overpriced sometimes. 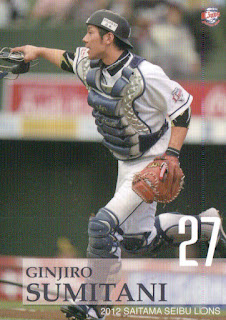 Finally, a nice team issue for the Lions. This was probably sold at the stadium though I never saw any cards when I was there. 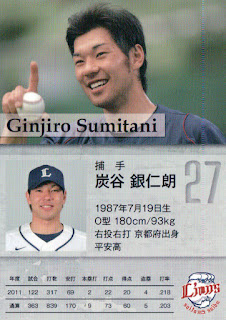 Here's the back. The design is quite nice.

Next time, I'll have some more pickups from Ikebukuro - but from the other shop across the hall. (What? You'll see when I explain.)
at 3:00 AM