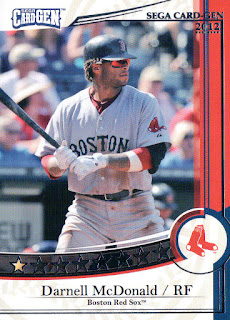 Mint Ikebukuro is three stores in one. On the first floor, one can find pop culture and idol cards (mainly stuff from AKB48), recent releases, and items good for gifts. I ignore this part of the store, since I'm not really interested in any of that. Heading up to the second floor, you have a choice. Do you go left, or do you go right? To the left is the traditional card store. Inside are tons of singles plus plenty of packs and boxes. This is my usual haunt when I head to this part of town. But to the right is a hidden-in-plain-sight treasure trove of MLB and NPB product. In that store, one finds plenty of anime-based collectible card games. There are games for computers, arcade machines, and traditional face-to-face battles. And unlike CCGs in America, baseball games are fairly popular. 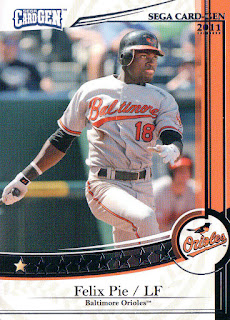 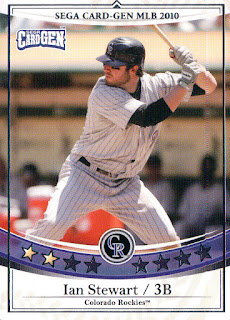 The game has been a "BETA" for quite some time, slowly growing in popularity. This year, it can be found in several arcades, and there are special limited exclusive cards to be had and branded Card-Gen cases to win/trade for. I picked up these singles for my type collection, and I've since picked up some more that will be available for trade. Singles start around 20-30 yen each, but stars like Ichiro, Pujols, and Verlander go for much more. 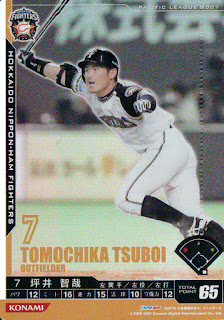 Konami has released several card game sets, and multiple series are released each year. Various limited inserts are found in these sets as well, including SPs. Most of the cards you see here are base or SPs. 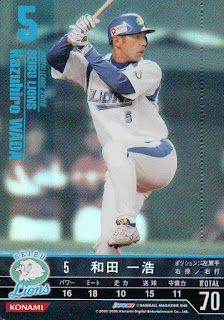 The SPs tend to be about the same, except they're on foil board and have a different card number. 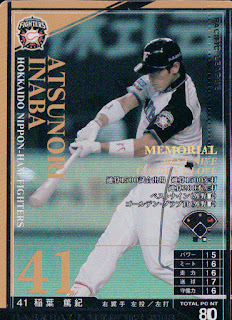 This "Memorial" card is also an SP, from 2008. At first, I thought the Memorial cards were part of a different set, but the smartly-done card numbering on the back really helps distinguish one set from another. 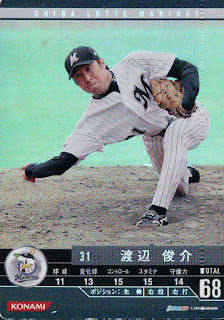 The cards look pretty good, except for all the game stuff on the front. 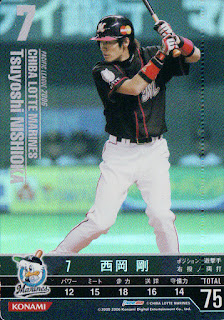 Plus (though you can't tell by the scan) the cards have rounded corners and pretty sturdy plasticized card stock. The black edges can chip a bit but otherwise the cards all tend to stay in great condition. 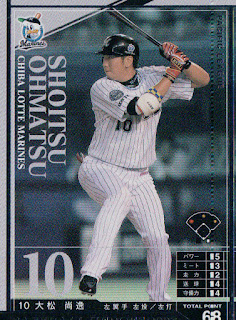 Some designs are better than others. The cut-in corner at the top really boxes in the card. 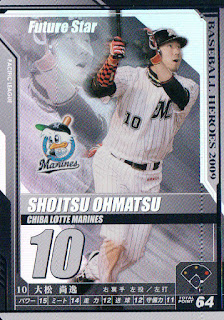 This is a Future Star insert from 2009 Baseball Heroes. 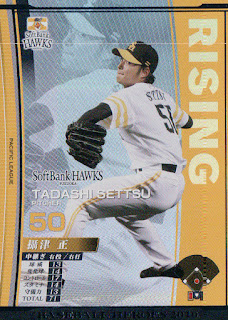 Similar, but not quite. Rising Stars insert set, 2010. 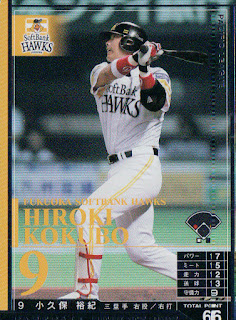 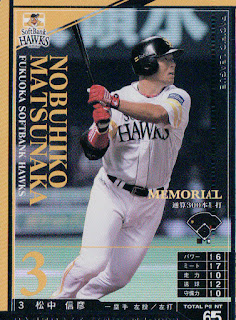 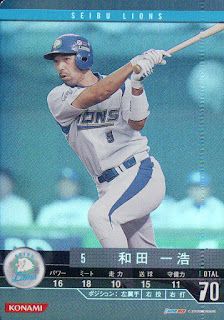 That foil really came out blue on this card. 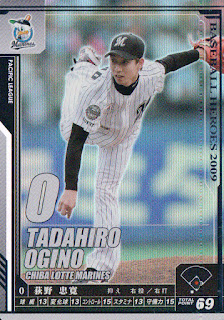 As you can see by comparing the last two scans, some cards have Romanji (English lettering) names on the front, while older years don't. 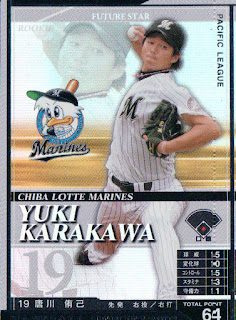 Here is another Future Star insert. 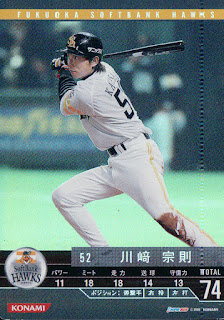 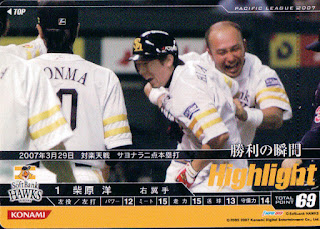 The Highlight insert set is kind of strange, since I'm not exactly sure how it would fit into a card game. 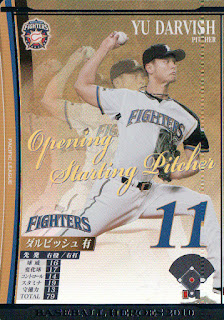 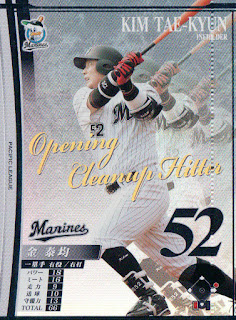 There are insert sets for the opening day starting pitchers and opening day cleanup hitters for each team. This insert set has been done for a few years. 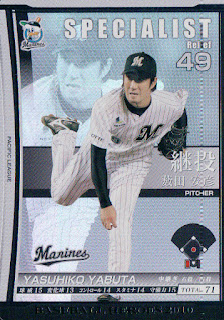 Specialist cards are basically as they sound - players who are specialists at their position. 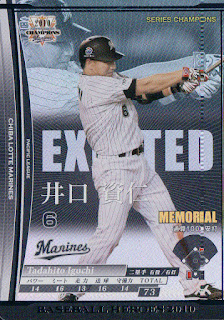 Excited! I'm not sure exactly what the point of this insert is. It must help somehow in the game. 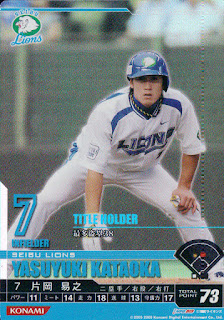 Titleholder inserts honor those who were league leaders or award winners. 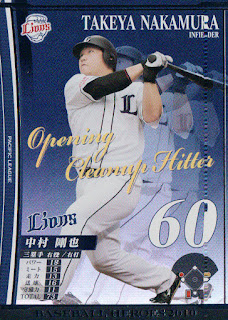 Here is another Opening Hitter card. As you can see, the 2010 issue clarified what kind of hitter was pictured. 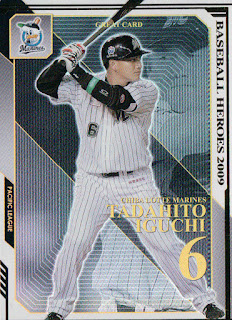 Great Card inserts are some of the best players in Japanese baseball.

These cards were picked up in October. I recently made a return visit to the store and found even more gaming cards, including more Card-Gen singles. Stay tuned for that sometime in the next week or so!
at 3:00 AM