What a strange store. Located in a trendy part of town - near nightspot Sakae - this card shop has a strange mix of products that somehow helps it stay in business. There are LOTS of idol cards here, including what must have been thousands of AKB48 cards. AKB48 is the biggest J-Pop girls group right now, and those things aren't cheap. Plus, there are some NPB cards and plenty of MLB products to choose from. I had success here with some strange oddballs. 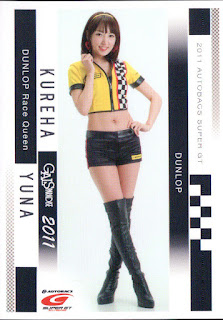 I don't think I've actually seen Race Queen cards until I found a full set for only 300 yen. 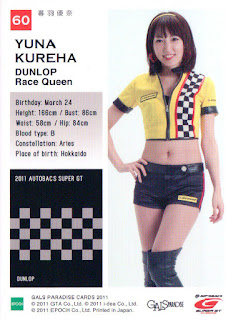 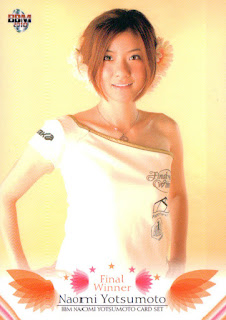 Naomi Yotsumoto is a table tennis champion and she got her own BBM box set in 2010. 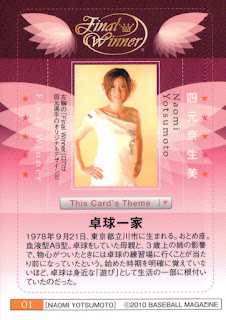 The cards are more idol-like than sports-like, but this too fits in my Women in Sports collection. 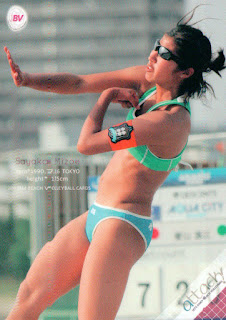 And women's volleyball! Another BBM set for 300 yen. 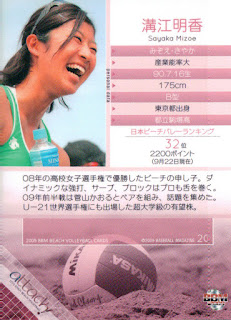 The name of the set is Attack! and was released in 2009. There have been a couple more beach volleyball sets issued since then, too. 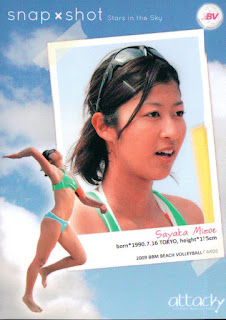 Here's another card for you - this is a subset. Most of these small box sets only feature a small selection of subjects, and each subject (player) gets two or three different cards. 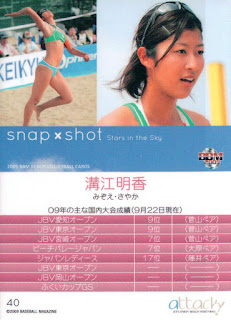 And the back, with lots of text. 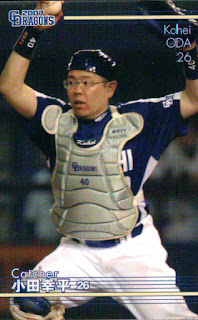 I found one baseball oddball for my collection, this 2007 Dragons team issue. 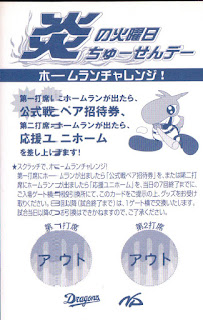 As with the other Dragons team issue cards I bought at A-BITS, this has a scratch-off back.

For Japanese baseball card collectors, Match-Up won't be very helpful. I plan to give the store another look when I return to Nagoya again, but with two well-stocked Mint locations in town, there isn't much need for NPB cards here. They're carried but there's nothing terribly special. Instead, for those looking for idol or foreign releases, this might be your best choice in town. 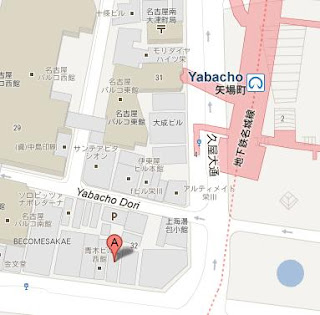 Match-Up is right around the corner from Yabacho Station - use exit four, then walk straight. Turn right at the major street (second road) and it should be right around the corner. It's located on the second floor of the building, so look for the sign on the street or up on the building - and there is a parking garage on the first floor. Look for the stairs next to the car entrance.

A special thank you to Kenny for telling me this shop existed!
at 3:00 AM