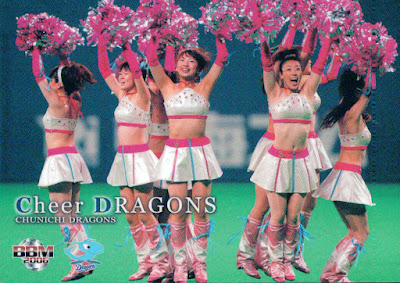 If only the MLB had cheerleader cards. If only.

Today, let's head over to the other side of Nagoya Station, where yet another Mint card store can be found. 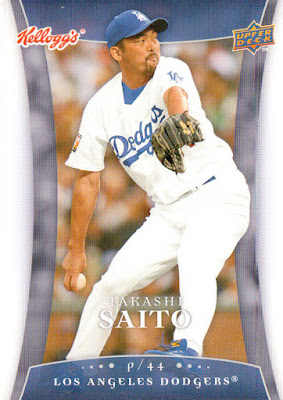 As always, there was a good selection of packs of Japanese (BBM) products and international releases. I found a few good oddballs, though. First is this Kellogg's/Upper Deck Japanese card of a Japanese player in the MLB. While I didn't pick up two, this card could be for trade with the right bait - but act fast because I'll have to check for more when I go back to the card store on the weekend of November 3rd. (I could check for other teams, too. Just note that I don't recall this card being too cheap.) 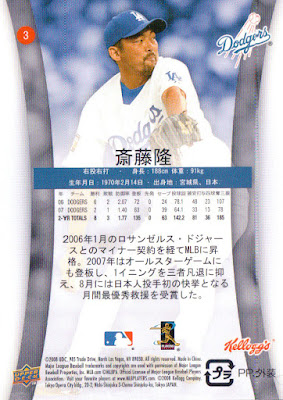 Here's the back. Not bad, though it's certainly Upper Deck-ish. 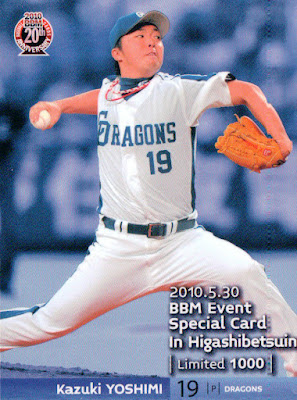 I also found some special local cards, including this local limited release from 2010. 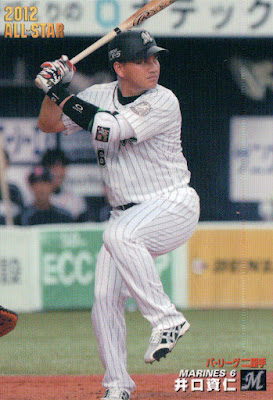 I picked up the last card I needed for my 2012 Calbee type collection. It wasn't too hard, since there was only one new insert set in the third series. I'm sure there's a parallel of the Star Cards that I need to find too. 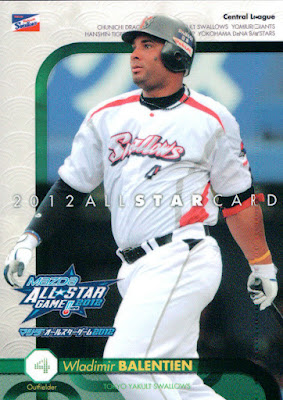 BBM released an All Star boxed set this year. 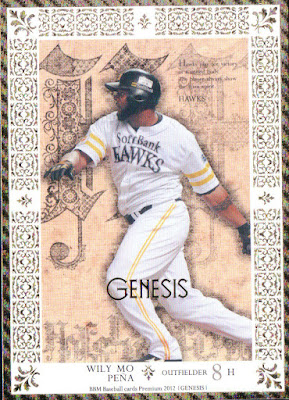 Genesis is the new high-priced release similar to Triple Threads, though relics and autographs aren't as crazy out here. Instead of three gray or white swatches with a die-cut window, however, there are super-awesome choice cuts of balls or patches. Genesis has some beautiful hits, and I hope to pick some up in the next month. The best common cards (such as the ball logo cards) easily go for a couple hundred dollars. 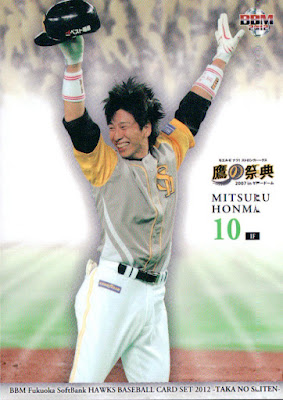 Here is a Hawks special set. I'm not sure exactly what is special about it, and given that I'm in a bit of a rush I can't be bothered to find out the full details. The set is called Taka No Saiten, which translates to "Celebration of the Hawks". This year, the Hawks wore special green uniforms in 15 games, so the set probably uses photography from those games. However, this uniform doesn't look like the ones I know about. Perhaps it's just a set celebrating the Hawks... 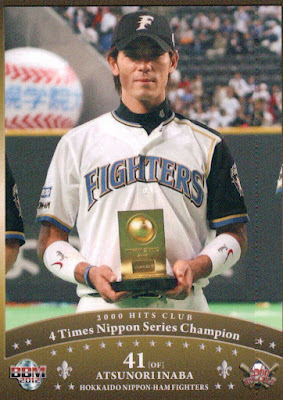 A special box set was recently released celebrating members of the 2000 Hits Club. 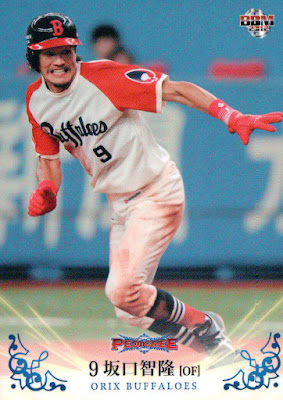 This is a set called Pedigree, featuring members of the Buffaloes. It too appears to have been a box set released early this year. 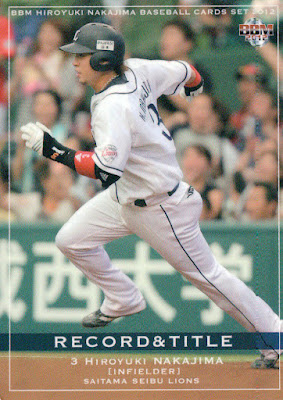 Another special set was released to honor Hiroyuki Nakajima. I think Topps should consider a return to box sets like this for smaller themes. A complete set in each box, plus one or two special cards - autographs, relics, or inserts are used here. I've only seen it done with the USA box sets. 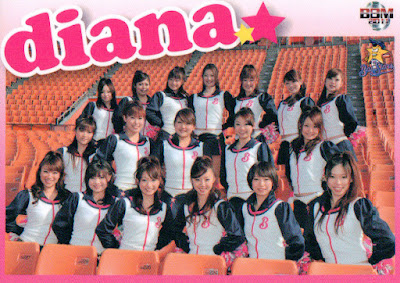 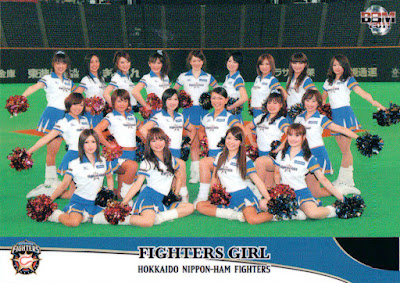 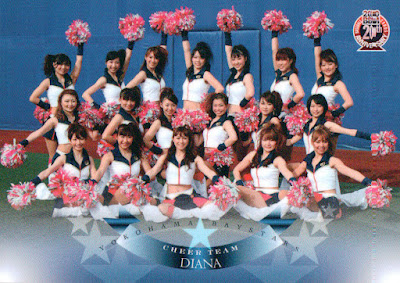 And yet another card for Diana, the Baystars cheerleaders. 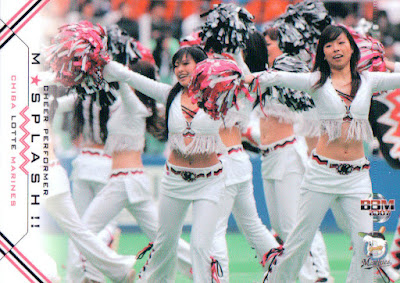 Marines cheerleaders seem to have some sort of Native American theme. 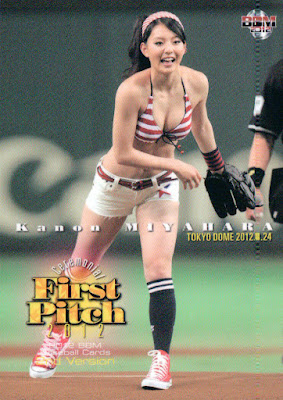 Let's take a break from girls to look at more girls. This is a First Pitch subset card found in BBM 2nd Version sets. I've seen the cards in several recent years, so I might go ahead and put together the subsets for each year. Why doesn't Topps do this? Mariah Carey throwing out the first pitch? Yeah, they've done presidents, but what about the other personalities? I bet those cards would be pretty popular. I don't know who any of these people are. 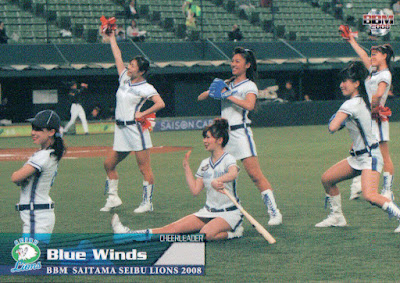 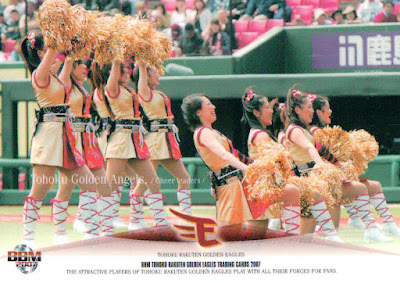 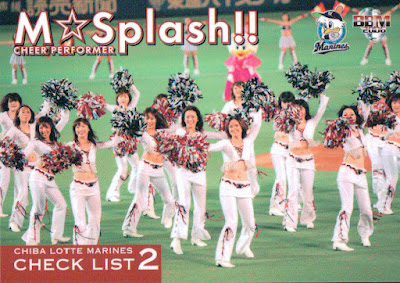 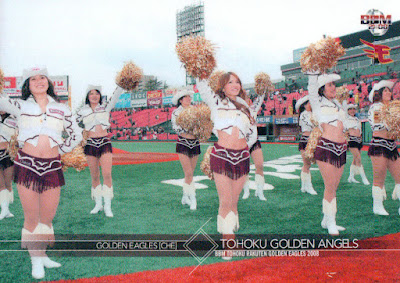 Speaking of lots of fringe... 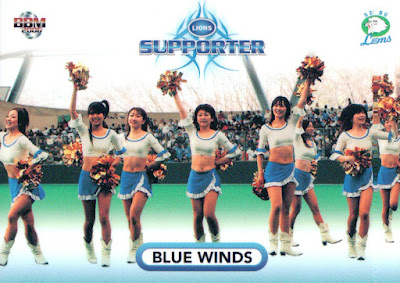 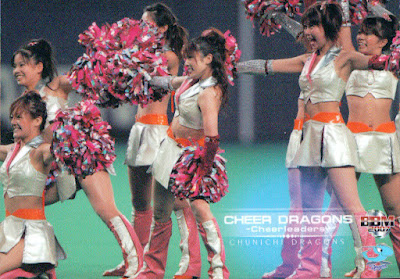 Now those are cheerleading uniforms. Yup. 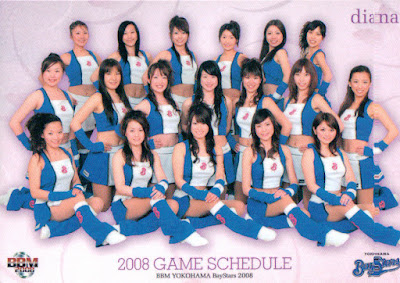 And one last card for the BayStars Diana. It looks like most of the cards were issued around 2008, so once again I'm going to try to compile a list. I'm sure I could just go on SCF and find them checklisted already, but that's too easy...

Nagoya Station Mint is located, unsurprisingly, close to Nagoya Station. The real highlight here is 30 yen singles, as most card stores seem to charge 50 yen per common. Plus, I saw more Takara cards here (I'll be checking my list next time I visit) and a good variety of oddballs. I hope to have a good bit of time to search for more oddballs and such I don't know about! There are BOXES of cards just stacked on the floor.

The store is known as CAP-S Mint (thanks Kenny) and is open seven days a week - as late as 9pm. It's difficult to give directions, but you can see the properly-oriented map above it's on the west side of Nagoya Station. It's across the street from a CoCo ICHI (what is it with card stores and curry restaurants in Nagoya?), on the seventh floor of an old looking apartment/office building. The entrance is on the small street, not on the side facing CoCo.
at 3:00 AM