A couple days ago, I took you just east of Tokyo, to the bay city of Chiba. Now, let's go to the southwest. Yokohama is not part of Tokyo (neither is Chiba), but just like the San Francisco Bay Area, the whole region has become one big sprawling metropolis.

Mint Yokohama is a few minutes walk from Yokohama Station. I visited for the first time with Zippy Zappy (Kenny), for an afternoon of baseball carding and chatting. 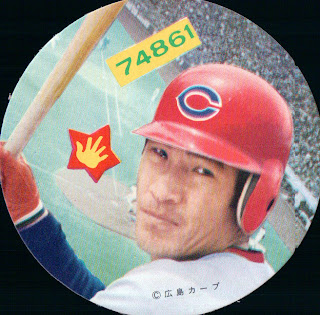 I found a few menkos, albeit from the 1970s. I had found the larger ones soon after arriving in Japan when I explored a small toy shop in Omiya, but the smaller sizes had eluded me until this visit. 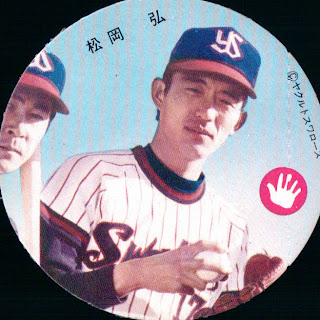 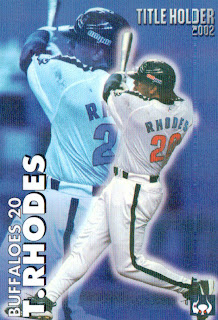 The store had a box of discounted Calbee and other inserts, and I raided that sucker for all I could. 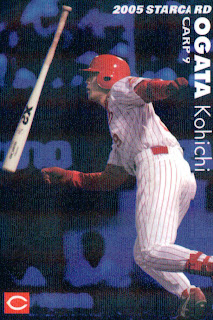 Starcard inserts can end up being pretty expensive as they're usually the rarest inserts in Calbee's annual offerings, and they come in various color shades and foil designs. 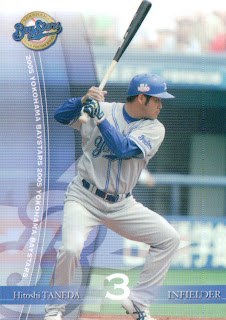 As I was hoping, I found some team issue cards. 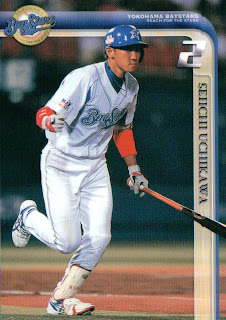 The BayStars appear to have some sort of fanfest event where these are given out. 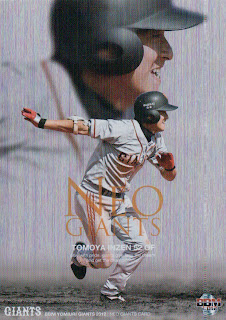 I found some BBM inserts at the right price too. 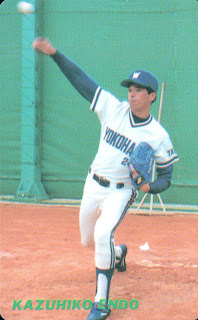 Here's another oddball. I wish I could remember exactly what it was. How often do you see a bullpen warmup shot on a baseball card? It's a 1991 Calbee (how could I not realize that?). I'm getting near the end of my Calbee type collection quest! I might buckle down this month and spend a day hunting for some of the cards that have eluded me so far. 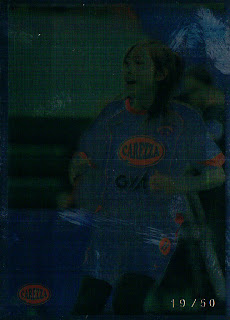 For 50 yen, I picked up this excessively-foiled piece of cardboard. But what you can see in this scan is the numbering: 19/50. 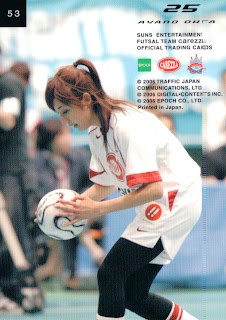 It seems to come from a soccer issue (this is the back). While I have found plenty of idol cards and some strange sports sets with women (Real Venus, pro wrestling, badminton, gymnastics, etc) I have yet to find (or look for) any women's soccer cards. Perhaps the thought is just too daunting to consider right now. 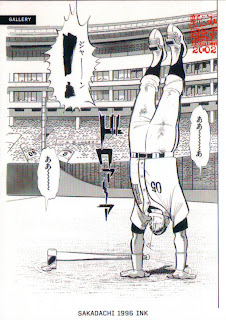 In a random binder in the store I found a cartoon set. I kind of want the full set. 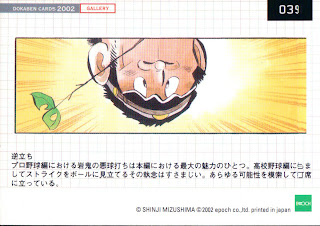 It was released by Epoch and seems like it might be fun to read, if I could understand the language. Even without understanding the words, the artwork was attractive. 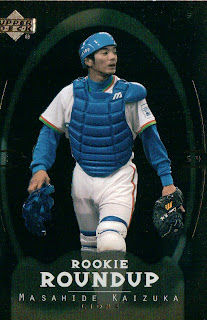 How about some decade-old Upper Deck Japanese cards? 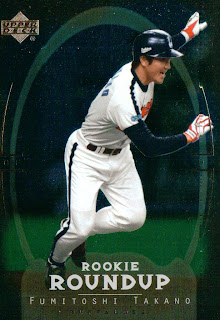 I grabbed these two inserts for 100 yen each - a great price by Japanese shop standards for inserts. 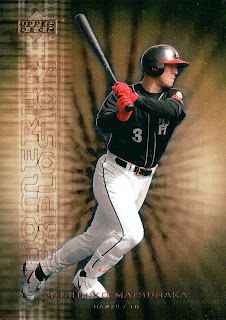 Likewise on this card.

There is another card shop located in the area (not part of the Mint chain). I will be going back to Mint Yokohama, so I'll probably head that way again to give the other shop a second chance and write a post about it.

Overall, Mint Yokohama is about average in terms of selection. I was pleased with the discount box and some of the other random offerings I saw in the store. As always, there is a good selection of unopened current merchandise and current-year singles in baseball (NPB and MLB) and soccer, plus a scattering of other products and sports. I'd really like to spend a good chunk of time hunting through the boxes in the store though!

Open daily 11 to 8, you can get to the store by walking from Yokohama Station. Take the north exit, turn right, and follow the one-lane street that passes under the double-decker expressway (you should be heading in the opposite direction of vehicle flow). Keep to the left at the fork in the road (before the expressway). You'll pass a MOS Burger, and then a Sukiya. Mint Yokohama is in the building kitty-corner from Sukiya on the second floor. It's the YTU Building, and you can see the MINT logo on the sign outside, plus there's a Lawson on the first floor.
at 7:39 AM