Continuing to clear out my scan folder from last year, these three cards are notable for their imagery. And while only one was issued in 2018, I picked all three up last summer. 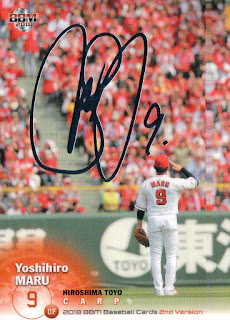 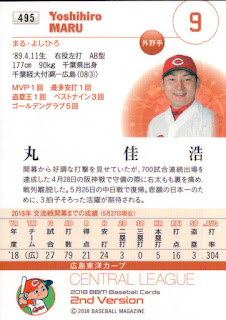 So, let's start with the 2018 card. Yoshihiro Maru got a "Secret" image variation card in BBM's 2nd Version set, and I pulled the silver signature parallel from one of the packs I opened. It's a great image because it's unique, and framed really well. 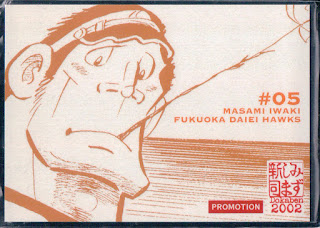 This is a promo card featuring a manga character. I really like it, despite not being a "real" baseball card, since the artwork is interesting. What exactly is happening here? Is that a rose or some other flower between his lips? Is he spitting tobacco juice? I've never seen a full, complete set of these cards, though I come across singles from time to time. 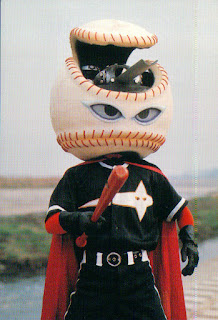 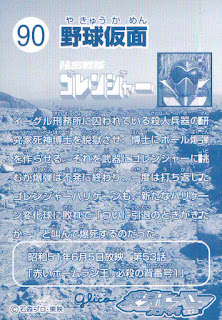 Finally... this. Many might disagree with chopping off Justin Verlander's head and replacing it with a pitching machine hidden under a giant baseball with eyes, and several will raise concerns about the pitcher having a bat of his own to attack the hitters.
at 6:11 AM