If I told you I was working on a flagship release from a major manufacturer, issued in 1994, you would probably guess I was trying to put together Topps, Donruss, Fleer, or Upper Deck's set from that year.

And you'd probably ask me, "Ryan, why are you probably spending so much time and money building a set card by card, when you could just poke around just a little and find one pretty cheap on eBay or at a shop or show?"

And you'd be right to ask, since single cards are pretty expensive compared to the overall cost of a complete set, especially from that era.

1994 BBM. Every Swallows card in the set is a short print.
1994 BBM. A set issued back before most card shops in Japan existed.
1994 BBM. With Ichiro's second-year card and Hideki Kazuo Matsui's rookie card. (And Hideki's second year card, too.)

Honestly, 1990s BBM set building is tougher than 1960s Topps building. At least with the '60s cards, you can find every card somewhere, between eBay, Sportlots, and COMC.

Luckily, some dealer on YJA has been posting team sets from the 1994 set at reasonable prices, and I got every one of them he had. Now, I say reasonable, but the Swallows team set cost me about $70, or about $2 per card. But the cheapest I ever see them in shops is $3, and sometimes as high as $6 per card... for common players.

That still left me with the checklists, some subset cards, and the BayStars team set. 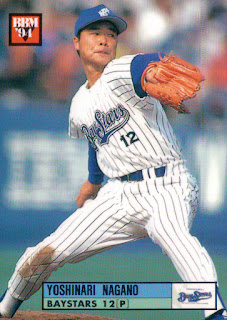 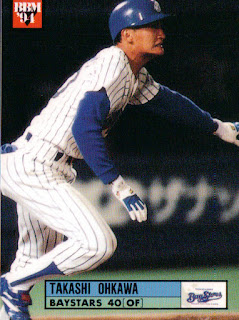 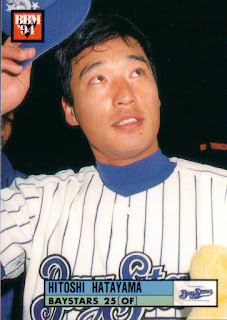 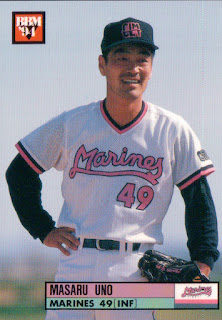 And for some reason one Marines player.

I'm down to two cards on this set! All that remains is one more BayStars card and one of the subset cards. I'm hoping I can track them down this weekend, though I'm not doing a lot of hunting so I might not have much luck.