I finished last month having made huge progress in my trading card collections.

That started with me working in the US on sorting out a lot of the cards that have come in to my mother's house while I've been in Japan. I'm not finished by a long shot, but most of the cards were sorted by collection and set, as necessary. I really need a month or so to properly sort, organize, and recheck my inventory!

While I didn't really add any cards to my collection at that time, I got to really see all of those pieces of cardboard I've only been able to glance at through eBay photos or COMC scans, at best. I didn't have time to scan them myself, so you'll just have to wait forever to see them.

But I've been busy since returning to Japan. I met Dan of Korean Cardboard and showed him around a couple of shops in Tokyo. He did pretty well on his own, too. And Zippy Zappy was around, though we only got to hang out for a few minutes. I picked up several cards with Dan, and a bunch more at a card show a couple weekends ago.

While there were more Altuve cards than this, I can't scan them all with what I have on hand. But these are still cool: 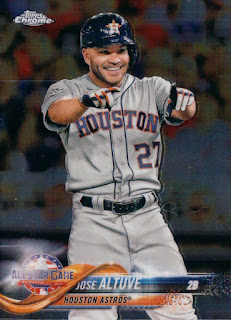 Topps Chrome Traded. I'm not really sure why this exists. The set, I mean. Just another parallel at this point. But it's a neat card that I picked up at that card show! 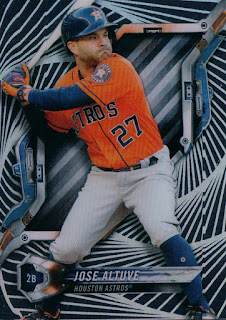 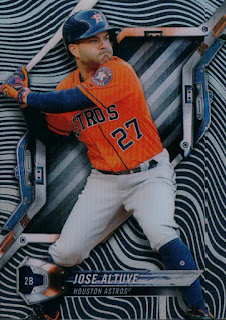 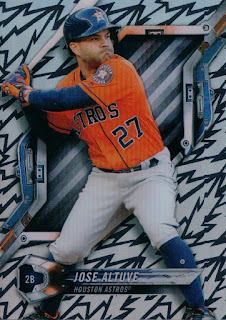 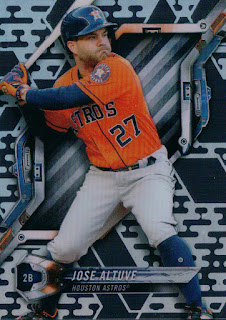 All four 2018 Topps High Tek background variations for Altuve. I normally don't collect variations and parallels for Altuve, but they were there and the price was right! I love the concept of High Tek, and I've been collecting all of the pattern variations dating back to the 1998 set.